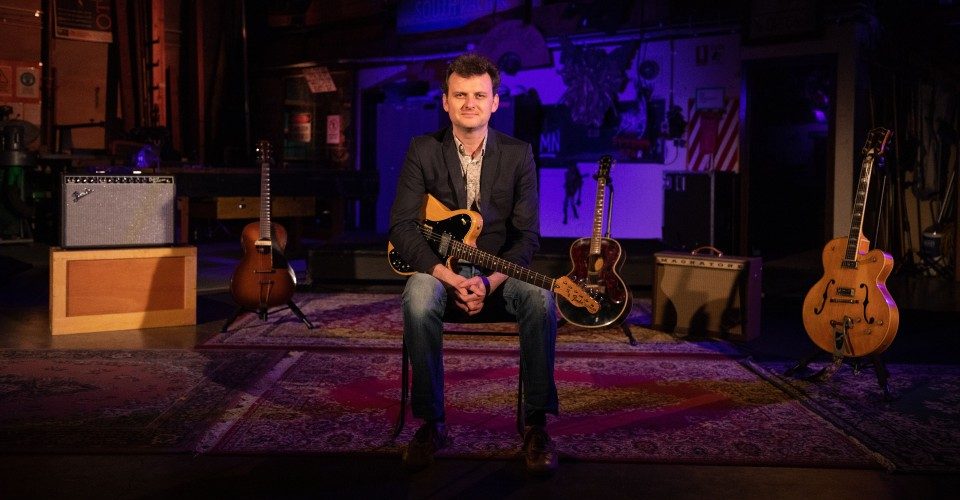 Adelaide Guitar Festival did not take place in 2020 due to COVID, but returns in 2021 with a program featuring plenty of local artists alongside many national musicians (Hussy Hicks, Ash Grunwald, Melbourne Guitar Quartet, Spain’s Paco Lara [now a resident of Sydney] and Lecia Louise).

The Clothesline speaks to the festival’s director, classical guitarist Slava Grigoryan, about the program which now has Guitar Winter School incorporated into the three-week event. Slava is keeping an open mind about how the Festival will deal with any COVID issues or threats that may arise.

“It’s changing all the time,” he says. “Two weeks ago we were freaking out about the artists from Melbourne being able to make it and now it’s all switched and we’ve had to apply for exemptions for folks from other places. Who knows, but we hope that it’ll all be okay.

“Going forward, it’s obviously a different festival now. We can’t have any international artists this year but that’s given us a good excuse to focus on local musicians and other great artists from around Australia. Also this year we have stretched it out into a three-week festival with a whole host of regional events [On The Road] and the Winter Schools events are now happening in the middle of the festival rather than being sort of off to the side.”

The free entry regional On The Road program kicked off back in May.

Although the popular Guitars In Bars events have been put on hold for year due to all the COVID uncertainty, Slava will be taking part in the final On The Road event over in Cleve alongside Ash Grunwald, Joshy Willo, Mountain Lofty Mountain Band and more.

“When we get back to having international artists at the festival, we’ll be looking at taking them out to regional centres to give those people a taste of the festival,” he says.

Slava is also involved in Brink Productions’ The Bridge Of San Luis Rey [Fri 9 Jul – Sar 24 Jul at Space Theatre], a work based on Thornton Wilder’s Pulitzer prize winning novel as adapted by Philip Kavanagh and which will feature the 2021 recipient of the Adelaide Cabaret Festival’s ‘Cabaret Icon Award’ Paul Capsis.

“Paul has been in Adelaide since the end of May,” Slava says of the performer and cabaret artist. “It has been an amazing journey working with Brink because it’s a show we’ve been working on for four years – we couldn’t look beyond Paul even at that stage – and which we were due to present it as part of last year’s festival before it got cancelled.

“It’s fantastic that it is finally happening,” he says. “And, as I said, it’s been an amazing experience because Brink’s Chris Drummond is such an inspirational director. We now have a week of rehearsals off-site before we move into Space Theatre for rehearsals before opening in the first week of the festival.”

The Adelaide International Classical Guitar Competition was able to happen in 2020 – it was won by Italy’s Pietro Loccato – and will happen in 2021 with the final to take place at Dunstan Playhouse on Fri 8 Jul.

“We’d actually cancelled the competition but then had enough time to turn it into an on-line event,” Slava says. “And that ended up being a lot of fun. And it was great because people from across the world got involved with watching the various rounds. And we are looking forward to having last year’s winner Pietro – who is an amazing player – at next year’s festival.

“So this year, because none of the international players will be able to come, we have automatically invited them to take part in next year’s festival without having to audition,” he says. “But we will have many fantastic players from around Australia who will be vying for the $10,000 prize money and a [$23,000] Jim Redgate guitar. There will be six to eight finalists who will all perform for about 20 minute each in front of an amazing judging panel.”

The 2021 Adelaide Guitar Festival will also host what has been billed as Archie Roach’s final concert in this city at Her Majesty’s Theatre on Fri 16 Jul.

“Let’s all hope it won’t be Archie’s final show in Adelaide,” Slava says of the much-anticipated concert which will also feature Sally Dastey of Tiddas.

Slava is also looking forward to The Lowdown [Space Theatre on Sat 24 Jul], an event focussing on the bass guitar put together by Dennis ‘Dee-Key’ Kipridis which will feature The Streamliners’ bass player alongside the award-winning Ross McHenry, Flik Freeman, Damien Steele-Scott, Lucinda Peters and Nick Sinclair.

“The Lowdown is just an example of the great musicians we have in Adelaide,” Slava enthuses. “I just can’t wait to see all those musicians sharing a stage. And they are all such individual musical personalities and each has different techniques and sounds.”

Slave tells us that he is also looking forward to Guitarchestra, a free event over two days to be held at Pt Adelaide’s Harts Mill on Sat 24 Jul and Sun 25 Jul (3pm and 7pm daily) which is expected to feature some 100 local guitarists as a large-scale community-based event.

“That’s been put together by Matthew Timms,” Slava concludes. “Matthew has done some large-scale events such as this before including Car-cophony which had cars as instruments. But this will be about 100 electric guitar players all plugged in and playing at that amazing space that is Harts Mill.”