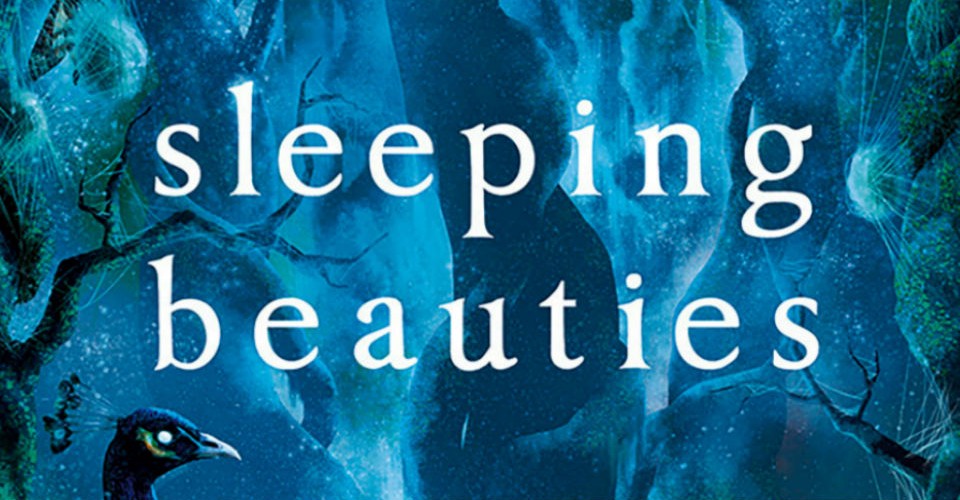 The indefatigable Stephen King teams up with his son Owen (a writer just like his other lad, Joe Hill a.k.a. Joseph Hillstrom King) for another of his mighty epics, and the result is more of a dark fantasy than a horror tale (like his Doctor Sleep, the recent and longtime coming follow-up to The Shining) or crime saga (like his Bill Hodges trilogy, the first of which, Mr. Mercedes, was recently made into an excellent TV series starring the very fine Brendan Gleeson). It’s also, like quite a lot of the King family’s literary output, a sometimes powerfully feminist saga heavy on cutting satire, even if the set-up takes a while to engage (and, as with more than a few Stephen novels, it could perhaps have been edited down by 50 pages or so).

Opening with a lengthy list of the many, many characters (a similar rundown occurs at the start of SK’s Under The Dome), this then slowly and surely introduces us to the population of the small Appalachian town of Dooling, West Virginia, and there’s plenty of detail about the 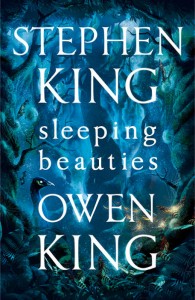 lives of people who seem virtuous enough (like Clint Norcross, psychologist at the women’s prison, and his sheriff wife Lila) and others obviously considerably more on the flawed side (like Frank Geary, the animal controller with anger problems, and Don Peters, a prison guard with a viciously misogynist edge). A massacre at a meth lab leads Lila to arrest the mysterious, gorgeous and half-naked assassin Evie Black, as panic sets in worldwide concerning the spread of a virus eventually named ‘Aurora’, which encases women across the globe in web-like cocoons when they fall asleep.

If the sleeping female is awoken she will attack anyone and everyone in a homicidal rage, and there are glimmers of the ‘Don’t Fall Asleep!’ plotting familiar from the Nightmare On Elm Street series and Body Snatchers filmings, only with more drugs and apocalyptic chaos. King plays some of this for a kind of grim humour (as many of the prison inmates hallucinate as they pass days without slumbering) and there’s a beautifully moving interlude as a group of old friends who were always meant to meet for a book club do just that on what might be their last night, and proceed to get drunk, discuss Ian McEwan’s Atonement, open up about some of their secrets, and be there for each other as they slip away.

The second half or so cuts back and forth between the Dooling women’s predicament in a strange realm and that of the men here in this reality, as Bible-bashers, sexual harassers, online hysteria-mongers and good-ole-lady-haters use the situation to their advantage, and we build to one of those very Stephen King-esque showdowns/shootouts, a bit of a cliché in his work, perhaps, but so damn exciting and unnerving it hardly matters.

King’s ‘Constant Readers’ will enjoy this slightly sprawling saga, despite a little early long-windedness, and there’s plenty here for patient first-timers too, right down to a gag about the prison library right in the middle of the mayhem, as Dr. Norcross wonders at the surely unwise number of horror novels and lists off three names: Peter Straub (King collaborated with him on The Talisman), Clive Barker (King is a major fan and pal) and, of course, Stephen’s kid and Owen’s brother Joe Hill who, it seems, is no longer afraid of the word ‘nepotism’ (and he shouldn’t be either).