SOMEONE LIKE ME by M.R. Carey: This Is My Best Side ~ Book Review 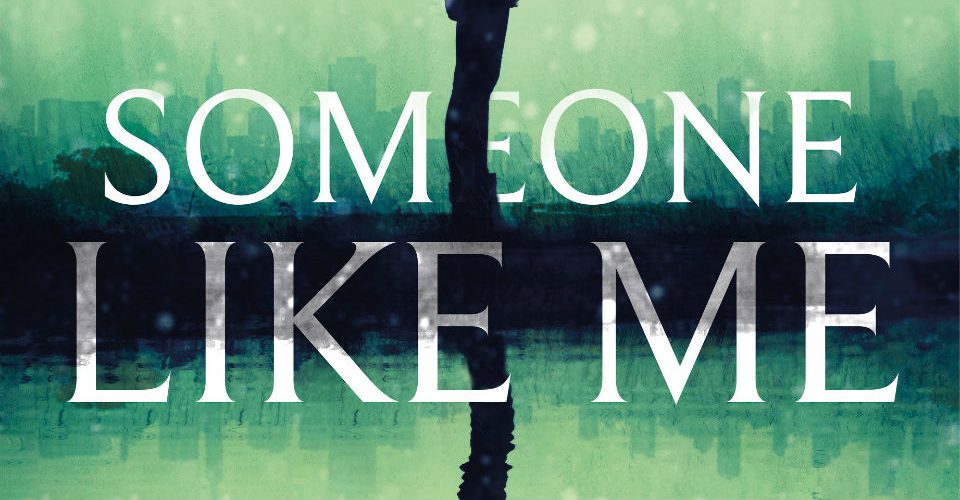 M(ike).R. Carey’s latest returns to the paranormal realms of his Fellside (rather than the sci-fi/horror of his best-known book The Girl With All The Gifts and its sequel The Boy On The Bridge), and again it’s a mightily epic, vaguely verbose character drama that’s pretty thrilling anyway, and features more than a few plot twists and convolutions. Perhaps not quite the masterpiece suggested on its front cover, 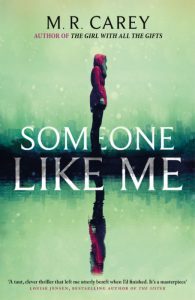 this is nevertheless a most compelling read, even if, like Stephen King, Carey needs a fearless editor to keep him in line. Anyone?

An involved plot develops slowly and cautiously in urban Pittsburgh, with the soon-to-be-divorced Liz Kendall kicking things off as she’s attacked by her awful husband Marc. After barely escaping with her life and embracing her beloved kids Zac (16 years old and somehow wise yet naïve) and Molly (6 years old and sickly yet feisty), she becomes convinced that something not-her was guiding the hand that stuck a bottle in Marc’s face, and she begins to coax out what seems to be a spirit force within her. And proceedings grow more cosmic – and frightening.

Simultaneously, local girl ‘Freaky’ Fran Watts is trying to convince her widowed Dad and chilly therapist that she’s okay some time after a terrible event, but we know she’s far from it because we’re privy to her inner thoughts and she’s protected (sort of) by a talking cartoon fox named Lady Jinx, an imaginary friend she’s grown to love. Fran gets mixed up with Zac as they confront her past trauma and try not to hook up (much as she’d like to), and then we have the first of the big plot turnarounds, one that you can probably see coming but proves fairly delicious nonetheless.

At times betraying Carey’s background as a graphic artist and comic book creator (there are jokes about Thor and those Guardians Of The Galaxy), but with far more interest in the people here and the rational at war with the irrational, this might go on (and on) a touch at times, yet is still well worth someone like you slogging through.

Tags:  Dave Bradley Fellside Guardians Of The Galaxy Hachette Australia M.R. Carey SOMEONE LIKE ME Stephen King The Boy On The Bridge The Clothesline The Girl With All The Gifts Thor