SPEECHES THAT CHANGED THE WORLD: And The Marking Of The Events That Did – Book Review 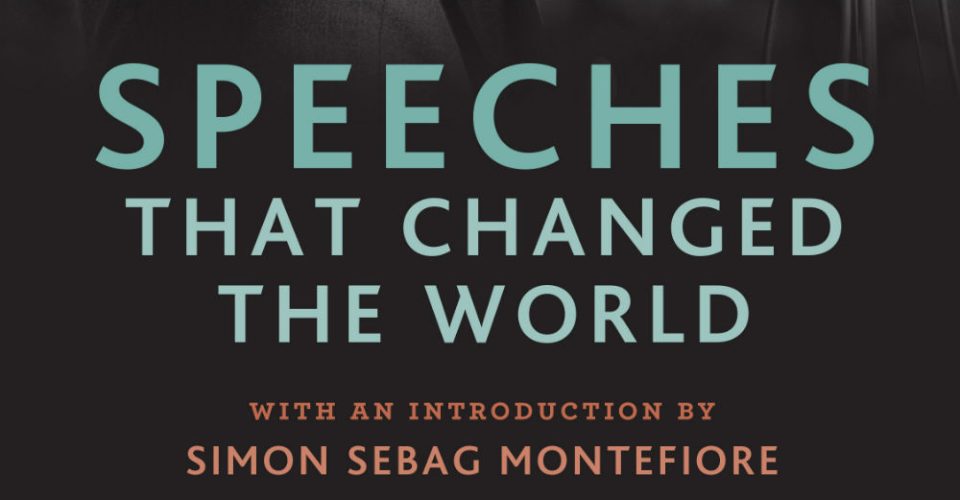 You can’t help but notice that the majority of speeches included in this book are made by middle-class white men. This doesn’t particularly mark out the proclivities of Editor Simon Sebag Montefiore, rather it – more depressingly – says something about the preponderance of Caucasian males as holders of power in the western world. 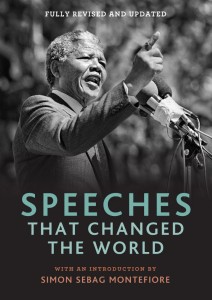 Women feature largely in the context of speeches about women’s liberation and rights (notable exceptions being Queen Elizabeth I and Aung San Suu Kyi)  while freedom – from white man rule – is sought by men of colour such as Mahatma Gandhi and Mandela.

These speeches didn’t necessarily change the world per se – rather they mark or describe the events which did. Still, it’s amazing how many phrases you would recognise and it’s good to have them located in the speech itself, as well as read about the historical context of the speaker.

This is a decent coffee table book: solid, well laid out, with a good use of images. In all, it makes an interesting reference book.

The accompanying DVD is interesting, too – Hitler’s words for example are given even greater power by the cadence of his powerful orations. But the narrator concludes by saying there haven’t been any decent speeches in recent times.

The latest edition of the book, however, was published after the DVD was made, and includes speeches from Pope Francis, Xi Jinping and Malala Yousafzai, all of which are welcome additions.