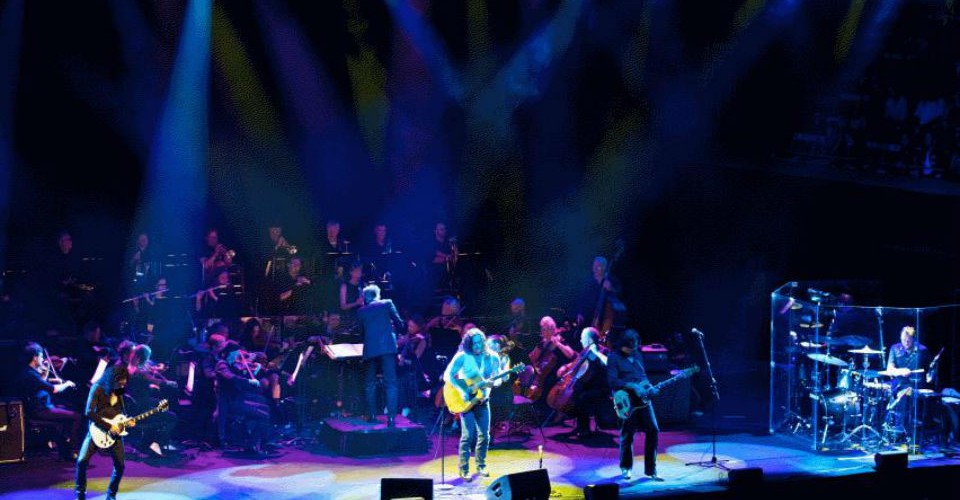 We continue our authentic discussion over coffee with Zep Boys frontman Vince Contarino and ask if his personal life has been affected by his lifestyle, touring, giving so much to his work?

“Ah…yeah…It’s been difficult,” he says hesitantly. “I’ve never been married nor had children. I would have loved to have kids, but I chose not to because I felt I wouldn’t be able to look after them properly and still follow my vocation as an artist. I knew I had a job to do. I chose that.

“When I was a kid, I was bullied. I was called ‘the spastic dago’ because I walked with callipers due to polio. I felt I was in a big, horrible, mean world but I wasn’t going to let that get me. But then, all of a sudden, I found I had hair under my arms before a lot of the boys that used to bully me, and I developed muscles. My father died and I had to work as a concrete labourer in the school holidays so I’d go back to school pumped. Then I became the bully, bad behaviour took over, my need for payback and it was a horrible time for me. Music saved my life.

“But I love kids and I see myself in them,” Vince says. “I’ve just worked at my old school and I’m happy to do that. I want them to feel that there’s someone on their side, and I tell them that if I can do it, anybody can.”

“It’s been…. Oh boy… (he laughs) Yeah, I’ve had relationships but…it’s not always been good. Essentially, I’m happy. I’ve had horrible things in my life, but I don’t care. I’m happy; I choose that. When you meet someone and they’re gorgeous, and they’re sexy and a real woman but they have all these dark things in their life, you talk and try to help, tell them they can overcome this, and overturn it.”

You try to help them be happy?

“Yeah, but I’ve learnt, now that I’m an old bugger, that they’ve got to want it,” Vince says. “Some people hold on to their horrible experiences like a security blanket. They can use it as an excuse as to why they I never did anything. I sometimes feel bad saying that because if someone is hurting, to hear that would be painful because it’s not that simple. But if I don’t say it, all the stuff I’ve experienced year after year is wasted. I’ve got to say it. I’ll be castigated for it but I’ll stand by it.

“I’m with a partner now, who loves the arts. For the first time, I’ve got a partner who calls me an artist. Not a singer, not a musician, not an entertainer, an artist. It’s a start.”

You are on the front of something very powerful. You’re the one that everyone sees up front. How did you stop yourself becoming a wanker?

But, what stops you getting caught up in your own ego?

“We’ve all got an ego, but I think it’s about how we use that energy. I had a wonderful singing teacher (Malcolm Potter) who taught me how to use fear, anger, erotic fantasies and all the things of life in my performance. He said, ‘That’s real. How are you going to use that energy? You’re going to perform and sing so much, and you have these powerful negative energies that can destroy you or side-track you. Wouldn’t it be good to channel that energy into doing what you really love?’ That really piqued my interest because if anything’s going to make me a better performer, I’m there!”

“Through that practice, I have a filter, and when I’m angry, or getting into my ego a bit, I won’t get hoodwinked by it, Vince says. “I work it through my art. I can channel that emotion so it gives me the energy I can use in performance. Some people look at what I’ve done and say, ‘Oh my God, that’s incredible’, but take away the smoke and mirrors and see how simple it really is. Anyone can do it.”

Not necessarily what you’ve done, but they can do what they set their minds to and focus on.

“That’s the one! There was one time I remember, in a different life, I found myself on a horse,” he recalls. “I can’t even saddle the things and I was riding with all these experienced riders. I was on this beautiful Arab called Indy, and we were walking, then we went to a canter, and then someone in the group suggested we gallop and have a race.

“So, God, I’m in this maelstrom of bumping and jostling horses and riders wondering what the hell? I’m going to die here and I was just trying to hang on. Then I got some focus and saw this little gap way up ahead, [laughing] a little light up ahead, and I whispered let’s go to my horse. He took off like a rocket and left them for dead. It was amazing!

“We’d slowed right down to a walk before the others finally caught up. I’m hugging and kissing my horse. I have never felt anything as beautiful as that connection with this beautiful beast and whatever else it was.

“That’s my life in a nutshell,” Vince says. “It’s about focus, and holding on. I don’t give up. I don’t give up because that’s where the magic is, in that gap up ahead, in the cracks between what you can see. The other riders were highly experienced, highly competitive. Indy was the smallest horse and I was the scrubber there that day, but it happened.

“People admire what I’ve achieved, and that’s nice, but when you’re a part of something bigger than yourself, it’s even better because you come together with a lot of different elements. I am the weakest link in the band, musically, and I want to be, so I can surround myself with really good people.”

What would you say to other the young, aspiring artists?

“Don’t worry about what anybody else says. You know, down here, deep inside, what your truth is. You can say ‘No’ to what you know is wrong and do your own thing, and people will get it, because it’s real. And those that come will stay and come again.”