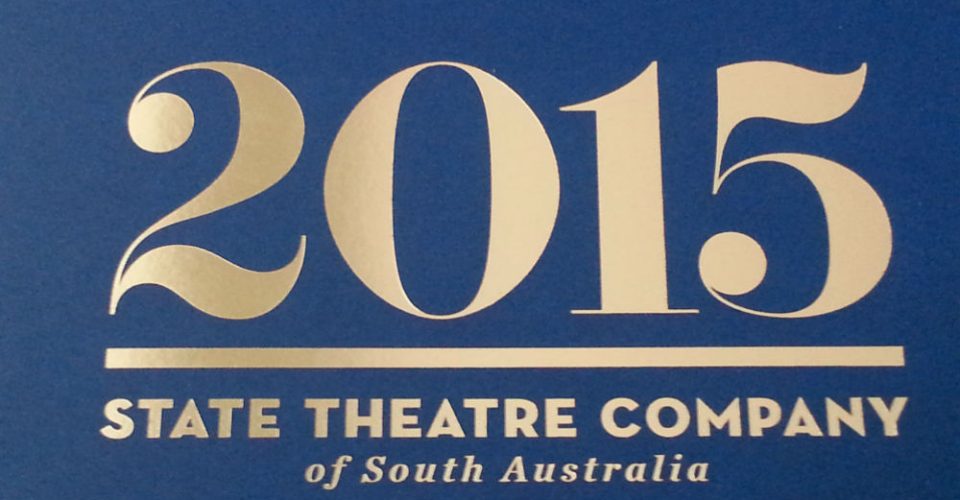 Going to see live theatre is really one of the joys of life. Next to losing yourself in a good book, watching actors on stage as they tell a story – maybe even your own story – can entice a whole gamut of emotions, from happiness to sorrow, grief and excitement. Becoming engrossed in a stage production can be cathartic or enlightening or simply a temporary moment in time away from the business of life and work and responsibilities.

Hosted by Artistic Director Geordie Brookman, Thu Sep 25 celebrated the announcement of the 2015 State Theatre Company SA Season Program at the Dunstan Playhouse: “Many Worlds in One”. We see the return of some theatrical favourites – plays and actors – that will thrill and delight all the senses.

After nearly twenty years, Ray Lawler’s Summer of the Seventeenth Doll returns to the Dunstan Playhouse in a 60th Anniversary production. This new take on an Australian classic stars Chris Pitman (Babyteeth, Speaking In Tongues, Cloudstreet) and is directed by Geordie Brookman. Fri Apr 24 – Sat May 16.

Masquerade is the iconic children’s bookby UK author Kit Williams, which has been adapted for the stage by award-winning Australian playwright, Kate Mulvany. Adelaide favourite, Nathan O’Keefe (The Importance Of Being Earnest, Pinocchio) is the bumbling yet faithful Jack Hare, playing alongside West End star Helen Dallimore (Wicked) in a production that will also perform at the Melbourne and Sydney Festivals. Wed May 20 – Sun May 31.

A highlight of the 2015 season, Harold Pinter’s Betrayal sees the reforming of the creative team behind the acclaimed 2013 production of Hedda Gabler. Director Geordie Brookman reunites with Helpmann Award-winning Alison Bell as the woman caught within the infidelity of a complex love triangle. Betrayal premieres in Adelaide before performing a season in Canberra and, in a first, a season at Melbourne Theatre Company. Fri Jul 24 – Sat Aug 15.

Adelaide writer Emily Steel, teams up with actor Paul Blackwell (Vere) is a reworking of the swindling Volpone in the corrupt city of Venice. This brilliant satirical comedy was written by Shakespeare’s contemporary Ben Jonson and first performed in 1605, yet is to this day as funny and relevant as ever. Fri Aug 21 – Sat Sep 12.

The season closer sees a new production of pure silliness with The Popular Mechanicals, led by Helpmann Award-winning actress Amber McMahon. Originally directed by Geoffrey Rush in 1987 for Company B Belvoir, The Popular Mechanicals recalls the tale of the Rude Mechanicals from Shakespeare’s A Midsummer Night’s Dream; a group of amateur thespians who stage the ridiculously earnest and unintentionally hysterical Pyramus and Thisbe. Fri Nov 6 – Sat Nov 28.

The 2015 State Education production is the New York Fringe Festival award-winning production This is Where We Live by Vivienne Walshe. Co-produced with HotHouse Theatre in Albury, This Is Where We Live shares the highs, lows and angst of teenage love, starring Matilda Bailey. Tue May 12 – Sat May 16.

The irrepressible Miriam Margolyes (Neighbourhood Watch, Harry Potter, Miss Fisher Murder Mysteries) returns to Australia for the world premiere of The Importance of Being Miriam as part of the 2015 State Extra production. The consummate performer, this will be a show about Miriam as you’ve never seen her before. Sat Mar 25 – Wed Mar 29.

For further information and bookings, head to www.statetheatrecompany.com.au.