Steve Poltz @ The Trinity Sessions: There’s No-One Quite Like Him ~ Interview 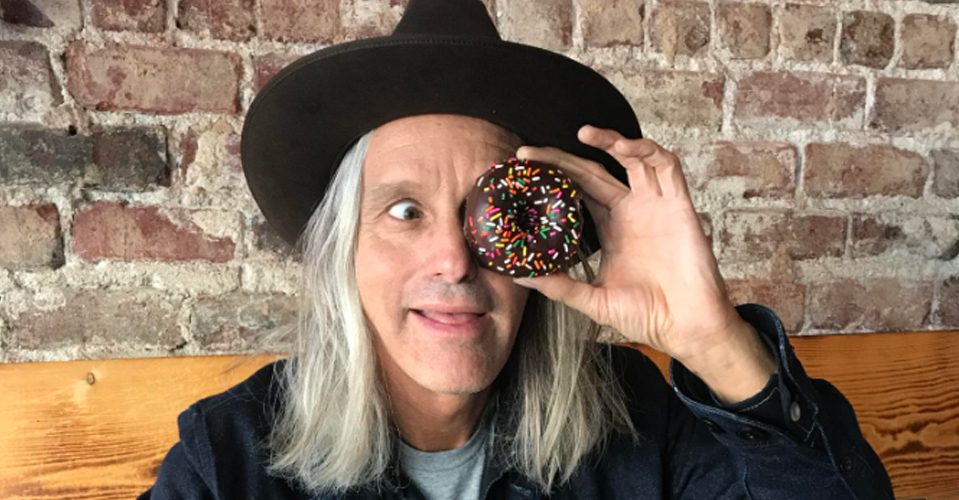 US singer-songwriter, joker, storyteller and baseball nut Steve Poltz is back in Australia for another tour that will see him perform a number of his unforgettable shows in various places across the country. He plays Adelaide on Thu 5 Dec at Trinity. Poltz kicked off his tour by appearing at the Queenscliff Music Festival, and The Clothesline caught up with him and asked how it went.

“Man, it was great; it was packed,” Poltz begins. “I played a bunch of different shows. I was on the main stage, the Lighthouse Stage, early in the day and I didn’t think anyone would be there, but it was packed! The festival was sold out so there was a lot of music lovers there.

“My guitar didn’t make it until half-way through my set because it got lost, somewhere in San Francisco. It was three days behind me. Tim Finn was playing, and he had a backup Gibson J-45, so I borrowed that. United Airlines delivered my guitar to me on stage, mid-way through my set, which was really cool.”

“It’s funny because that guitar has been cracked, banged and lost so many different times,” he laughs. “I usually carry it on the flight, but when you come to Australia they don’t let you, so you gotta check it. But it’s all good ‘cos it made it. I’m just happy to be reunited with it. The moment my guitar, ‘Smokey Joe’, got attached to my body in the middle of the set, it was like everything was normal. You know every inch, every nook and cranny of the guitar. Your fingers know it well. It looks like a piece of crap, there are so many cracks in it. It’s getting into Willie Nelson territory. It’s got a hole in it…”

You said Willie Nelson is your “spirit animal”, in one of your blog posts.

“He is. I love Willie Nelson. I adore that man.”

I recently read his autobiography. What a life!

“I love music biographies,” says Poltz. “I read the Graham Nash one recently, and Jeff Tweedy’s book, Let’s Go (So We Can Get Back), and Springsteen’s, and I’m reading one on Joni Mitchell. I can’t get enough music information.” 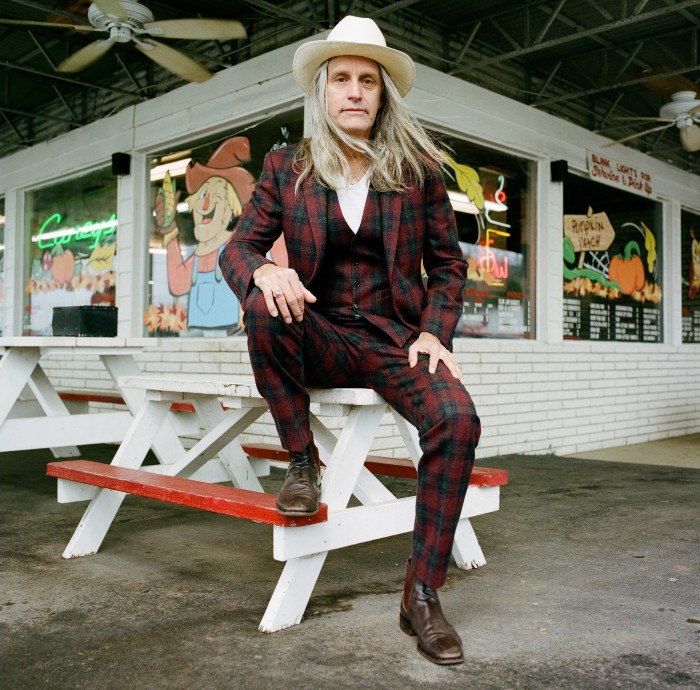 This is your 20th Australian tour, you seem to be here pretty much every year. This country obviously agrees with you…

“It does. It’s one of my stops now, along with San Diego, Toronto and Halifax… it’s part of my route. I don’t even think twice.”

It must feel great to have a dedicated Poltz crowd coming out to see you in every city you play.

“It’s amazing that people keep coming out!” Poltz laughs. “That’s the craziest thing about this business. I can’t believe people pay money to come see me. I don’t understand it, I don’t try to overthink it but I’m still surprised that, when I come out and there’s people in the audience! I’m like ‘Wow, there’s people here’.

“What’s weird is every show has got its own vibe. I’m playing three shows in Melbourne and there’s people coming to all of them. I try and mix it up. It’s kinda like how people, The Deadheads, go and see the (Grateful) Dead. They would always see a different set. I’m obsessed with Grateful Dead. I love listening to all their live shows.”

I remember seeing you at the old Jade Monkey in 2012, and then a couple of weeks later doing a fund-raiser for a birthing centre. They were two very different shows.

“Oh my God! You were at the birthing centre show? I turned that into one of my greatest stage stories ever. Obviously, I stretch the truth like crazy, as I do with all my stories. I haven’t told it in a long time but that has turned into one of the best stories. If I’m ever stuck for a classic story of Australia, that one is it.”

You suffered a stroke, on stage, back in 2016. And kept playing. I read shortly afterwards that you were going to take things a little more easily, but I read your blog post from May this year saying you’d done 16 Canadian shows in 16 days. How’s your health at the moment?

“I feel great! The way I look at it is, this is what I love to do; my work brings me joy. I eat well, I take care of myself, I’m not taking any drugs or alcohol, I just figure when our time’s up, our time’s up.

“But when I rest, I rest. Last night, we got into the place we are staying in Melbourne, and I went to sleep at 7.30. We were trying to watch The Crown on Netflix but I was on the couch, out. I slept all the way through until 7.00, so, I slept 12 hours.” 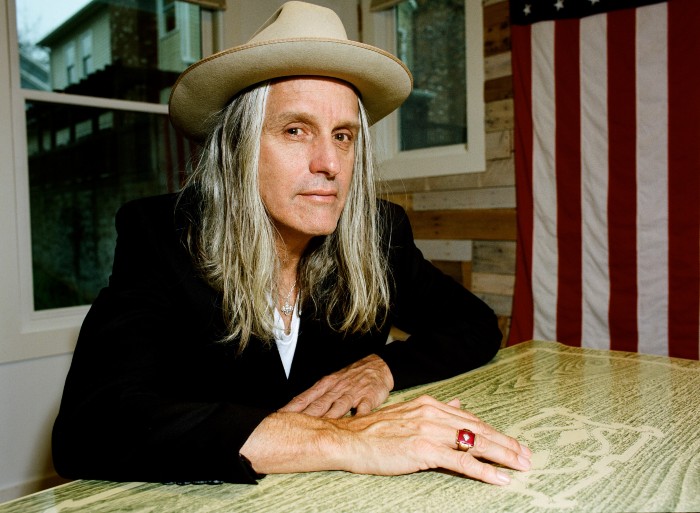 Shine On is less manic, perhaps more measured than previous albums. There’s still a healthy dose of your trademark wit in songs like The Pickup Song and Windows Of Halifax, but there isn’t much of the Folksinger, Fistfight At A Vegan Brunch or Sewing Machine type of craziness. It is, I think, generally quieter. Is this a deliberate thing, or just a reflection of where you are at now?

“I never know what I’m doing,” Poltz explains. “I wish I had a plan (laughs). I went into my buddy Will Kimbrough’s studio, and we just started recording. I had a bunch of songs and, the next thing I knew, I’m saying ‘man I like these 10 songs together. It sounds good and I like the vibe of it.

“But, yeah, you’re right. If you were to look at some of the stuff I’ve recorded, like Dick’s Automotive, it could go in any direction. I don’t know if this one is mellower, ‘cause it has Ballin’ On A Wednesday and The Pickup Song, but then it does have some mellower stuff on it too. I guess it just depends on my mood when I go into the studio.

Sounds like the move has worked out pretty well. Do you get back to San Diego much? Do you miss the Padres?

“I fly there (San Diego) a lot, ‘cause I like to see my dad. My mom died in December, so I like to go see my dad, make sure he’s doing OK. I actually spend more quality time there, ‘cause I’m going out as a tourist, just to see him. And we’ll hang out. It’s nice to come to San Diego.

“As far as baseball goes, my dad’s a huge LA Dodgers fan, but the San Diego Padres became my team. In Nashville we’ve got a minor league team called the Nashville Sounds, and minor league baseball is such a hoot! You’ve got players trying to get into the majors, they’re good, and then there’s guys that have made the major leagues but are injured and they’re coming back down to rehab, and then there’s lifetime minor league players that never made it. Their games are a bit more charming; they are super fun and it’s kinda neat to go to a game in Nashville, to a smaller ballpark. You kinda get sucked up into that world.”

The tour wraps up in mid-December. What’s next for you? Home for Christmas?

“I go back to Nashville, and then to San Diego to see my dad for Christmas,” says Poltz. “After that I’m really busy. I’m playing on two different cruise ships. One is called ‘Jam Cruise’, and it’s like a lot of hippy jam bands – that community has kinda embraced me. Then there is a songwriter cruise, on a ship called ‘Cayamo’. I did that two years ago with John Prine, last year I did it with Tommy Emmanuel, and this year I’m doing it with Brian Wilson, Mavis Staples and Jeff Tweedy. It’s really cool; it’s 2000 music fans, and it sells out every year. I’ll do like five shows on that. Then I’ve got a bunch of festivals coming up in the US and Canada, so it never seems to end. Work just keeps coming in!”

Any message for Adelaide fans?

“I can’t wait to see them all! Adelaide is one of my favourite places, man. The people there love the music. They really do. I remember the first time I came to Australia, with Jewel, and our promoter said, ‘you don’t wanna go to Adelaide, just go to Sydney and Melbourne’. I demanded it, I said ‘I’ve gotta go to Adelaide’. And I’ve been there every tour!”

Bookings at trybooking.com. Click HERE to purchase your tickets.