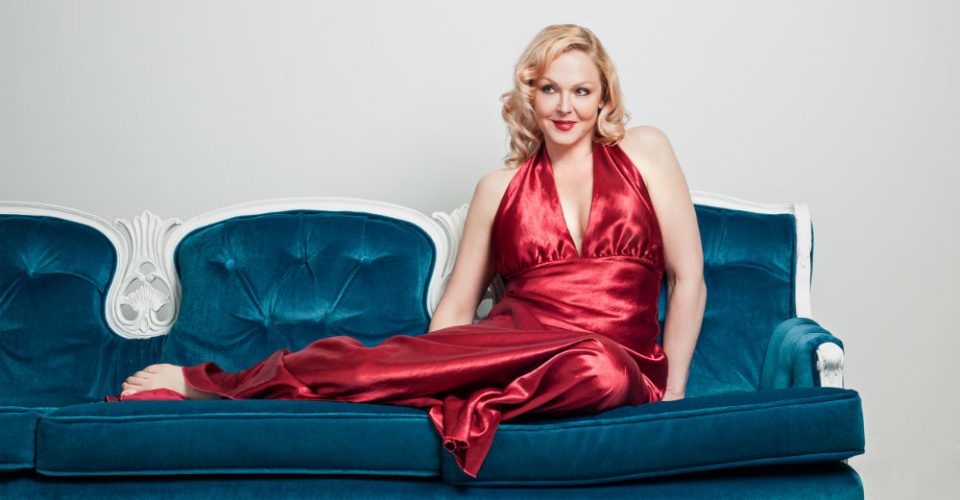 Storm Large is a seductive songstress and celebrated diva who spent much of the ‘90s singing in clubs throughout San Francisco. It was her 2002 move to Portland, Oregon, that saw her life change forever as her musical career was launched onto the international stage. Storm has performed with the likes of K. D. Lang, Rufus Wainwright, pianist Kirill Gerstein and punk rocker John Doe.

She’s also an award-winning author: her 2012 memoir Crazy Enough – which she also turned into a show – was named Oprah’s Book of the Week and won the 2013 Oregon Book Award for Creative Nonfiction.

Storm Large and her band Le Bonheur are returning to the Adelaide Cabaret Festival with the Australian premiere of Taken By Storm in an evening of twisted, yet sweetly-tortured, love songs.

We speak with Storm, via email, and ask if she was invited back to the Cabaret Festival by special request of Artistic Director Barry Humphries.

“Yes! At least, that’s what I was told. Hopefully it’s true because I’m a massive fan.”

Your musically autobiographical show Crazy Enough had a 21-week sold-out season in Portland prior to your hugely successful performances at the 2011 Adelaide Cabaret Festival. How long did you tour that show after your Australian tour? 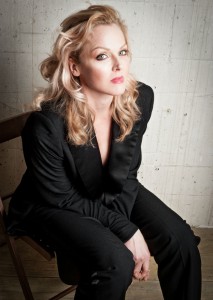 “Only a bit, sadly… A few theatres in New York and Los Angeles were interested but nothing ever came of it. Then I got ridiculously busy with music.”

Tell us about Taken By Storm and how it compares to Crazy Enough.

“It is a very different show; much happier. Crazy Enough was a dark exploration of my past and what formed me as a person. Even though it was funny and sexy at times, it was very hard on me emotionally. Taken By Storm is more about love and love songs. It’s about how we all crave love and connection, yet we know over and over again the disastrous consequences that can come from offering your heart to someone, and the songs that illustrate those difficult times. Most love songs – at least the ones that move me – have urgency, desperation, fury and blood on their lips… good times!”

What songs will you be treating Adelaide audiences to during your season at the Cabaret Festival?

“Depends on how long a time I get to share with you! I heard a rumour that Barry loves my song 8 Miles Wide, so that may be in the repertoire. We’ll be performing some of my originals plus some classics, punk and cabaret numbers. It will be loads of fun!”

Will there be stories to share? Stories about how you chose each song?

Are there any other performers at the Festival that you are hoping to check out while you are here?

“Lady Rizo!We have always swapped coasts and barely missed each other, so it’s hilarious that the first time we meet will be in Australia! I will sadly miss Meow Meow, but we’ll get to see each other in Melbourne afterwards. I love her so.”

You are creating a new musical with The Public Theatre in New York City. What will this show be about?

“It’s a true story about The Everleigh Club – the most successful brothel in Chicago, Illinois, at the turn of the 20th Century. The high-class establishment was run by two sisters, Ada and Minna Everleigh, between 1900 and 1911. It’s a crazy cool story.”

Do you have plans to perform Taken By Storm anywhere else while you’re in Australia?

“Yes! We’ll be in Brisbane, Melbourne, Canberra and The Sydney Opera House.”

“I am so thrilled to be coming back to Australia… such healthy beautiful people and fascinating deadly bloody creatures everywhere.”

Storm Large and Le Bonheur performs Taken By Storm at Dunstan Playhouse, Adelaide Festival Centre, from 6.30pm on Thu 11 Jun and from 9.30pm on Fri 12 Jun.