Stuart Bowden: She Was Probably Not A Robot at The Garden Of Unearthly Delights – Adelaide Fringe Review 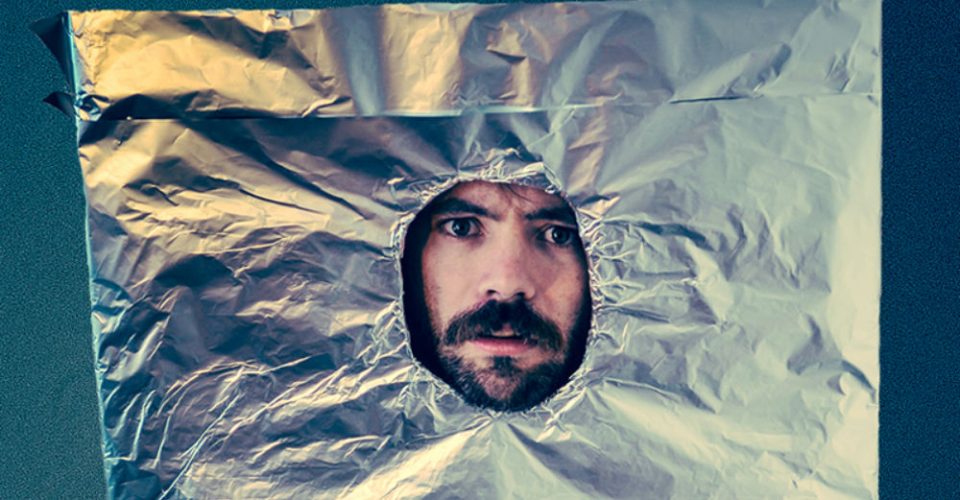 The Garden Of Unearthly Delights – The Spare Room, Wed 2 Mar

What would you do if the end of the world arrived? Would you be one of the ones who don’t make it, or would you be the last man standing? This is the focus of Stuart Bowden’s one-man theatre production She Was Probably Not A Robot. Crossing different genres, from sci-fi to fantasy to musical, Bowden tells the story about one human man and an alien lady (not robot girl) who find each other in an apocalyptic world.

Bowden does an excellent job of narrating the show, using facial expressions and voices changes to effectively and entertainingly tell the story, like a humorous version of Cast Away. He carries around a Casio keyboard as he tells the story, using musical sound cues to heighten the tension (or the humour). Robot takes a potentially morbid and melancholy subject (death, destruction, chaos) and adds singing and pantomime, combing two contradictory elements that actually work well together and make an amusing show.

Bowden also manages to commentate on the state of the world and nature today and what the future could become, adding a bit of gravitas to the whole production. I enjoyed the parts in which Bowden referenced the limitations of theatre: acknowledging the smallness of the stage, and the bareness (“She took everything, that’s why my apartment looks like this”).

The show has some charming moments, especially a part with an air mattress, and the use of DIY and costume changes gives She Was Probably Not A Robot a down-to-earth feel. I felt that the show started off strong, the parts with Bowden and his keyboard were hilarious, but it fell a bit flat towards the end.

Overall, this one-man piece of physical theatre was a sight to behold, and Bowden’s enthusiasm is infectious and will excite the whole audience.

Stuart Bowden: She Was Probably Not A Robot continues at The Garden Of Unearthly Delights – The Spare Room from 7pm until Sun 13 Mar.

A sight to behold!

Tags:  Adelaide Fringe 2016 Casio Cast Away Elizabeth Harnett She Was Probably Not A Robot Stuart Bowden The Clothesline The Garden Of Unearthly Delights - The Spare Room