STUDYING HOT FUZZ: Neil Archer Gets To Grips With The Second Part Of The ‘Cornetto Trilogy’ – Book Review 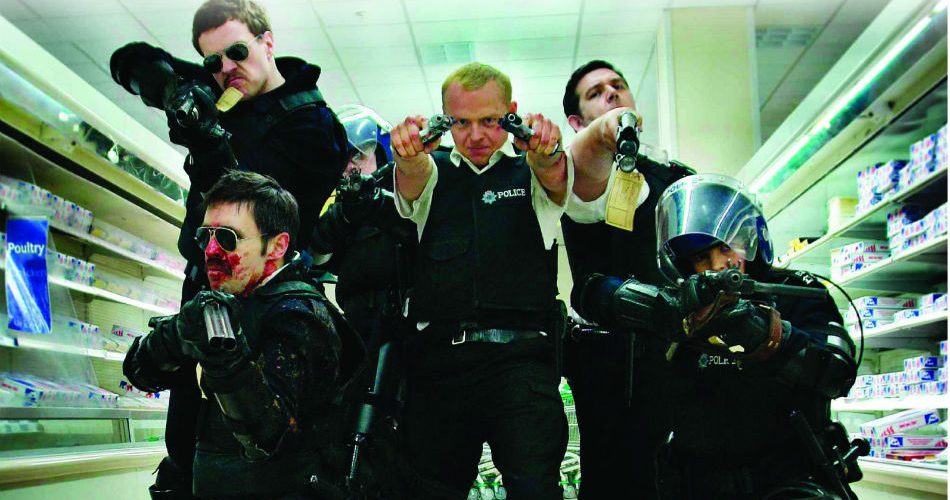 One of the lighter-sounding entries in the Studying series (which features offerings upon American Beauty, City Of God, The Devil’s Backbone and Pan’s Labyrinth, Fight Club, Disaster Movies and more), Archer’s analysis of co-writer/director Edgar Wright and co-writer/star Simon Pegg’s Hot Fuzz is actually just as intellectually rigorous as the rest. 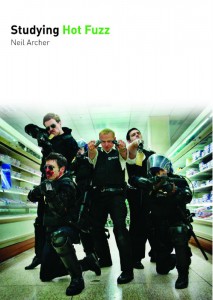 Locating Hot Fuzz’s spot in the middle of Wright and Pegg’s ‘Cornetto Trilogy’ (after Shaun Of The Dead but before The World’s End), Archer begins with a personal description of his relationship with the film before attacking some big questions. Is Hot Fuzz an English movie? What even IS an English movie? What is the film parodying, and how and why, especially considering that everything seems to be soaked in satire and irony in the realms of popular culture these days? How exactly does Pegg qualify as a ‘movie star’, given the ever-changing nature of the term and the ways in which the non-movie-star-looking Simon has positioned himself as a fan/star or star/fan? Is he “one of us” – or now beyond us? And what of the darker, less celebrated The World’s End and non-Cornetto outings like Paul, Scott Pilgrim Vs. The World, Attack The Block and more?

And it’s a fair cop, but society was to blame – just like in Hot Fuzz.