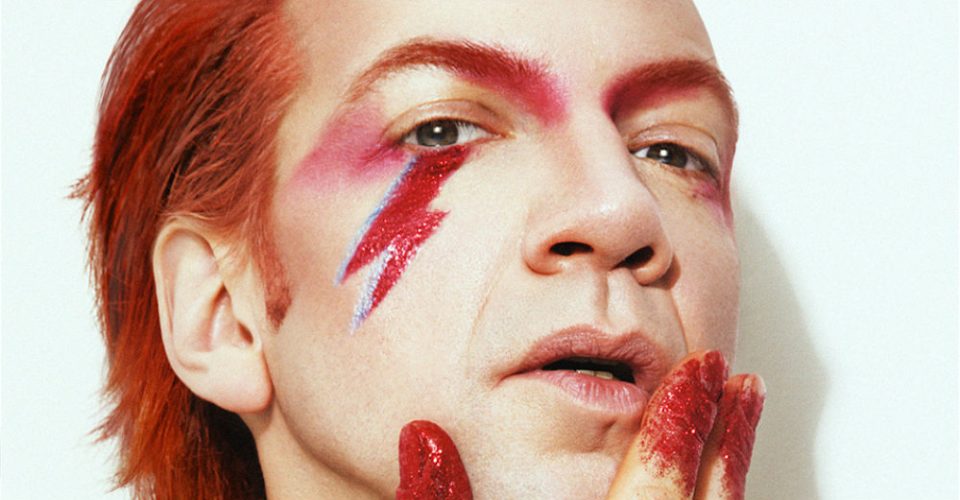 From crooner to cool rocker, Berlin cabaret to vaudeville, one of the unique talents of Sven Ratzke is taking a song and a style and transforming it into something all his own. Spending 48 weeks of each year touring the world, Ratzke last wowed Cabaret Festival audiences with his 2014 show Diva Diva’s. He returns to Adelaide with a dazzling new rock show inspired by the life and songs of the late David Bowie, in a re-discovery of the music from the ‘70s androgynous glam-rock era to classic performances in Berlin and New York.

We speak with Sven Ratzke, via email, and ask him to tell us about Starman and how this musical tribute came about. Was the show created prior to or after the heartbreaking and untimely death of David Bowie?

“The idea of making a show with the music of Bowie was already there a long time ago,” he begins. “I have many ideas and often I leave them alone for a while to allow them to grow and when the time is right they can happen. Bowie was always there. I was not always a great fan of his music but I admired him very much. He’s almost like a theatre maker. The show Starman was announced two years ago, the CD was recorded in August last year and the premiere was in October 2015 in Berlin.”

What have been the audience reactions to the show so far? 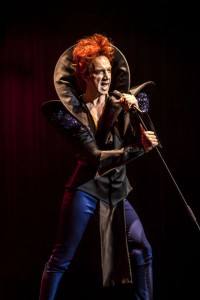 “It’s been an amazing ride so far and there’s much more to come,” Ratzke says. “All around the world the audience and the press love the show. This is probably because it’s not a tribute show but creates something new with the great music of Bowie.”

Your 2014 visit to Adelaide saw you perform a fabulous range of famous artists and songs with amazing conviction in Diva Diva’s. Having heard your version of Heroes, it’s easy to hear Bowie in your voice, but how closely with you portray the persona of David Bowie?

“Thank you so much! Just like my show Diva Diva’s was not about imitation but simply about internalising and recreating work to make it totally my own, so too is Starman,” he says. “The show offers something new but with a glimpse of something that you know. For me it’s also new to sing male song material. I realised that all these years I was singing female song material, from Brecht and Weill, the Diva songs and even Hedwig and the Angry Inch.”

What stories will you be sharing stories of Bowie’s life, or is this more of a musical tribute?

“No, it’s a real Ratzke show! I will take you on a trip, an imaginary journey from London via New York and LA to Berlin; we will meet characters that really existed like Andy Warhol (as a white rabbit in NYC) or Liz Taylor with her wax figure cabinet in LA. The show ends up at a Draque Club in Berlin at the wall. Within the crazy fiction, there are facts that true Bowie fans will recognise.

“Just like my shows or the real life of Bowie: he created his life as he wanted it. This is something that you would learn through watching Starman. He was in charge of his own reality. We never knew what was real or what was fiction… isn’t that exciting!?”

You have been known to create some of your own beautiful versions of songs in the past. How many Bowie songs will be your recreations and will any songs remain close to the originals?

“For me it’s really about creating my own versions of his work,” Ratzke says. “Not only that but the songs created may start as a pop song and suddenly turn into a tango number. When dealing with song material, things happen and when you feel it, you just create it.” 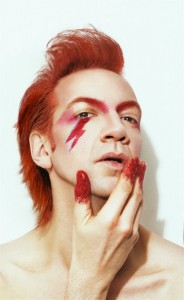 As a songwriter, will you also be performing any of your own songs? If so, how will they relate to the show?

“Yes, I’ve created some original songs with New York based songwriter Rachelle Garniez. We’ve written songs that I missed in the repertoire of Bowie. For example, we created a real wry and tender love song that described his time in Berlin. Also the beautiful last song of the show, Star Children was created in relation to one of the themes of the show – that we all are made out of stardust.

“The opening songs Rock‘n’Roll and Man relate to the song material of Bowie and sound like long lost songs of his repertoire.”

Will your superb pianist Charly Zastrau be returning to Adelaide, and you have other musicians performing with you as well?

“I will be bringing my whole band,” he says. “They are all superb and very sexy. Haye Jellema on drums, Florian Friedrich on bass and Charly Zastrau on keys – I am never, ever without them!”

Although there are so many to choose from do you have a favourite Bowie song that you like to perform and what makes it so special for you?

“Ashes To Ashes. At first I never liked that song very much but now I see how complex and multilayered it is. It relates also to so many other things in his life and past, it is truly beautiful. And, of course, Heroes. What a masterpiece in song writing that is!”

Are there any other artists you are hoping to see at this year’s Festival?

“I hope I can share my dressing room with Dita Von Teese!”

Will you be performing anywhere else while you are in Australia?

“Yes we have a whole tour in Australia: Perth, Canberra, Bendigo, Sydney, Melbourne and Tasmania.”

Is there anything else that you would like our readers to know?

“I fell in love with Australia last time I was here,” Ratzke says. “I am so happy to tour through the country this year – it’s going to be a blast!”