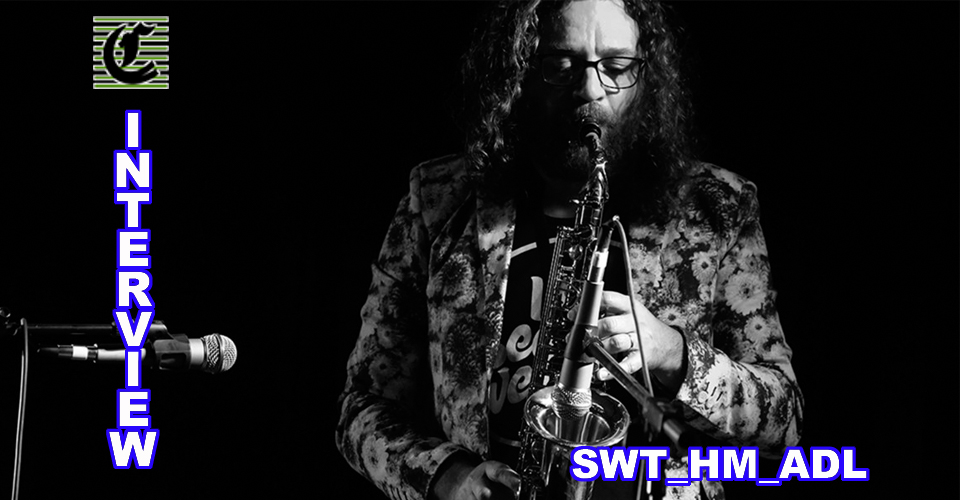 COVID 19 may have reduced the number of interstate and international shows on offer during Fringe 2021, but one takeaway from that is the opportunity to embrace the variety of locally-produced shows. Not just shows from Adelaide, but shows about Adelaide! …and shows with songs about Adelaide.

The Clothesline speaks with Dr D, one of the writers of SWT_HM_ADL, and begin by asking about the unusual title which doesn’t give much about the away, and if they are deliberately being mysterious?

“Yes, a bit of mystery and also a bit of fun, signalling that SWT_HM_ADL is both contemporary but with an edgy element as well. Of course, ADL is the Adelaide airport code (and Twitter handle) and this reflects my initial experience of arriving here 15 years ago. Sweet Home Adelaide is the concluding song of the show and the title is simply following a recent trend in vowel-depletion and punctuation-mark-as-letters!
Who wrote the original songs about Adelaide that appear in your show? Are there enough songs written about Adelaide and are you in competition with the ‘Adelaide Songs’ show?

“SWT_HM_ADL has twelve original songs: nine written by me (Doctor D) and three by Fergus Maximus. I am not aware of that many songs about Adelaide, at least at the higher levels of popularity. There is the eponymous Ben Folds song of course, and one by Paul Kelly which was not overly complimentary (and is referenced in our song Letter To Paul Kelly). There is the excellent Semaphore Songs project and Don Morrison has written some crackers, but there is an element of implied negativity in some of the songs about Adelaide: e.g., Don’s brilliant line ‘The sound of people leaving is the sound that starts my day’.

“Sense of place and the stimulation of travel experiences are a major source of inspiration for writing, and my experience of Adelaide is as a traveller first. The show represents my journey to Adelaide. The opening song Back In ADL SA (a homage to the Beatles’ Back In The USSR) literally has me stepping off the plane on one of my many trips here before I lived here. The final song Sweet Home Adelaide (more Robert Johnson than Lynyrd Skynyrd) has me firmly resident here. SWT_HM_ADL is a personal journey.

“I saw Adelaide Songs a couple of years ago and I’m looking forward to their extended show at the Adelaide Town Hall. The two shows are complementary in nature. You should see them both!”

These songs will be played by a band. Who is in the line-up?

“I’m very excited about this aspect as I haven’t performed in a band for some time now: not since my last London band Sweet Thursday. We have: Fergus taking the lead vocals and saxophone, I play guitar and support vocals, Tim (on-bass) Seeley on… well … bass, Daniel Zappia on guitar, Sarah O’ Brien on violin and Paul Angas on drums.”

You describe the show as being part satire, part homage. Is there an over-arching theme or is it a collection of unrelated observations?

“It’s very much a journey (there’s trains, planes, the tram, the O-Bahn, walking, cycling, swimming) with mainly humorous and a few nostalgic observations along the way. There is an overall narrative arc, a natural flow to the songs. Fergus’ and my songs fitted amazingly well together in that respect and the show’s set list wrote itself.”

Dr D and Fergus Maximus both have a wealth of experience playing at open mics and gigs around Adelaide. What led them to decide to collaborate on this show?

“I first met Fergus when I was running Music Mondays at the sadly now defunct Edinburgh Castle Hotel (reference song Letter To Paul Kelly) and I was impressed by his approach to story-telling in his songs and his musicianship. Although SWT_HM_ADL has been almost ten years in the making, it was a last minute decision to run it in this year’s Fringe.

“The prospect of a depleted Fringe due to the pandemic made me think that if I don’t do it this time, then when? I knew I needed a strong vocalist to carry the songs and that Ferg had some relevant material. His vocal range closely matches mine (bass/baritone rather than the tenor more usually favoured in pop/rock) so I knew that the songs with their open tunings and unusual chord progressions would work as written. We bring complementary skills to the show.”

What will people learn that they would not have known or may have forgotten about Adelaide?

“I think they will remember how great a place this is to live. We all know it, but sometimes we forget or we get stuck in this East-Coast comparison thing. When I first arrived, I was struck by Adelaide’s location between the Hills and the sea – just like a mini LA – but with better beaches. Throw in the wine regions (“more wine regions than rhyming schemes”), the relaxed lifestyle, for a Brit – the weather(!), fabulous music venues and a vibrant local music scene, the world’s second largest arts festival, and its people. This is what the show celebrates.”\

Are you delving into the history of Adelaide or commenting on life in Adelaide today?
“Both. The words and music of SWT_HM_ADL form a joyous celebration of South Aussie life, experience and culture, with a nod to history, from amusing trivia to the deeply personal. Subjects include the exploits of Annie Ross, one of our first female police officers based in Port Adelaide, the joys of beach-life and wine consumption (lots), the O-Bahn, travel, love and friendship across the continents, and the fate of beloved music venues and iconic department stores.”

What do you think people might enjoy most about this show?

“Well, the songs are strong and presented in a variety of styles: rock, pop, folk, sea shanty, lounge, blues, country… something for everyone, maybe. Both Ferg and I are former SCALA (Songwriters, Composers and Lyricists and Association) Festival of Original Music (FOOM) winners; our winning songs featured in the show.

“I also think the emotional range will appeal to people. As well as hilarity in the lyrics, there is nostalgia, loss, longing and belonging, and a love story. People relate to stories – and each of the songs tells its own story within the overall narrative of the show.”

Will there be a merchandise desk with CDs, ‘I’ve Been To Adelaide Too’ T-shirts and wristbands?

Ha! Sadly not. I’d love to record the songs, so maybe if we run the show again there will be an album. Funnily, the title song was inspired by a piece of merch – a stubby holder from the former ‘I Love Glenelg’ shop on Jetty Road.”

Do you have plans to tour the show anywhere else or is it likely to only appeal to Adelaideans?

“No plans at present. Some of the songs: Henley Square, Gulf Of St Vincent, Somerton Nights, No Blues Blues have more universal appeal whilst others: Sweet Home Adelaide and Cross Out The King (a seditious parody on street names in the CBD) have local audiences firmly in mind.
SWT_HM_ADL performs at The Jade from 8.30pm on Fri 10 Mar.