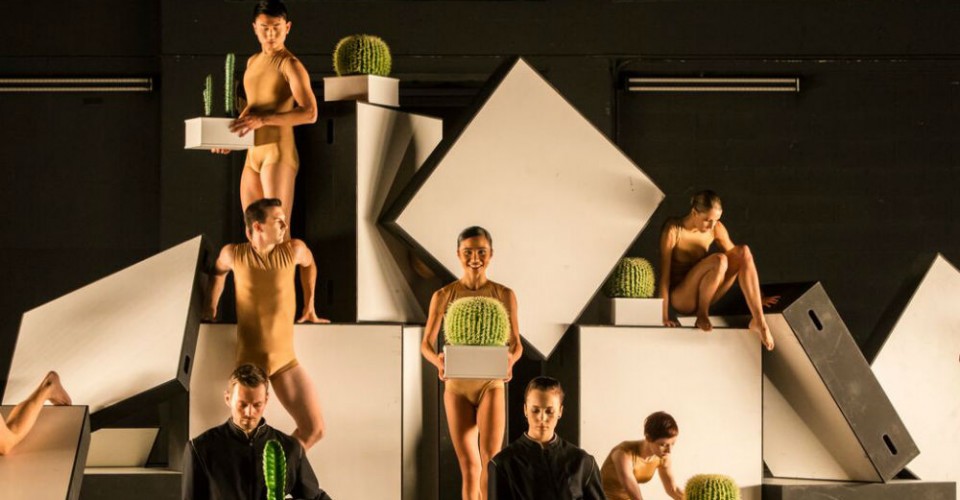 We speak with Sarah Blasko and Nick Wales.

“Nick and I have known each other for nearly 15 years,” Sarah begins. “Originally we met when Nick’s band, Coda, were doing work with Musica Viva in primary schools. They needed a stand in singer, so I joined them for a few months and got to know Nick. We kept in loose contact over the next few years before Nick joined my band as part of a string section for a couple of tours I was doing. We became close friends, worked on my last album together and then Nick invited me to work on Emergence with Rafael and the SDC

This performance is not the first time that Nick has worked with Rafael Bonachela.

“We’ve done a few collaborations, most of which were more neo-classical,” Nick says. “We were thinking of ways that we could push the envelope further; what could be different from what we’ve done before? I had just finished working with Sarah so we thought it would be a great idea to incorporate some vocals – and Sarah’s beautiful voice – into the soundscape. We didn’t want to make it a pop thing; it had to be a little esoteric.”

Was much of the music created for the dance, or did you create it around the movements?

“We started with nothing but a concept to use our instincts, as suggested by Rafael,” Sarah explains. “Nick and I essentially started jamming with each other and it was at that point that we realised we wanted some of the elements to work against each other; not a clash, but more to create something that wouldn’t normally work together, to create something really unique for both of us. That was how we came up with the idea of Emergence; one of the definitions being bringing several different elements together to create something unexpected. Rafael loved the concept and found things to work with, both visually and through movement.

“There were also moments of improvisation with music and singing while in the dance studio with the dancers. It allowed us to create things from many different angles, some of when we both wrote solo and some in collaboration.”

“One day we had about 20 members of the SDC in the studio,” Nick says. “We set up a microphone and had them clapping along in rhythm to some of our work. I then asked them to all scream at the top of their lungs, which appears in the first track called Killer. They were all screaming like nothing else, but little did we know that next door was a ballet audition for 10 and 12-year-olds [laughs]. We totally freaked the poor little children out! It was really loud!”

“It was a very experimental moment,” Sarah chuckles.

“Yes,” Nick agrees. “We were really driven by that concept of juxtaposing two unexpected things together. One of the things I like to do with my music is to mix strings with electronics, which really comes out in Emergence.”

There are two chapters within the show: Order and Chaos, Conceal and Expose. We ask if Rafael gave them these concepts and if they created their musical perspectives around that?

“Sometimes the concepts slowly dawn as we worked on them,” Nick says. “Because the creative process happened over a number of months, and with toing-and-froing with Rafael, suddenly the order of the songs and the overall arc of the work become clear. It’s the things that Rafael doesn’t like that also dictates what we do next.”

“There were moments when Rafael was interested in things within vocals and a song structure,” Sarah adds, “but there were also times where we went a little too far in that direction – where we didn’t need to fill in the blanks with vocals as much so as to allow more space for the dance. I recall one song that Nick and I were really into, but Rafael just couldn’t respond to it with movement, so we had to stop pursuing it.”

“We also had to make sure that the vocals didn’t overshadow the poignant moments of the dance,” Nick says. “It also meant we could experiment with longer forms and not have to think about verse and chorus. It made the sound more cinematic.”

“I really enjoyed those parts,” Sarah agrees. “It was nice to totally deconstruct something and not have to stick to traditional realms of what I normally do, and to create a whole bunch of songs that people were dancing to.”

Did you ever find yourselves so transfixed on the dancers that you momentarily forgot about the music?

“Sarah fell in love with one of the dancers,” Nick teases, while Sarah laughs and tries to assure us it was for her dancing skills and not for anything else. “She was her muse!”

“I did think she was an outstanding dancer,” Sarah affirms. “It’s almost a dream come true when you get to sit in on something that you never thought you would be a part of; to see the way that people work and the dedication that they put in as dancers. But it was all quite moving to leave some music with them and then to return to watch them dancing to what that we had created; they were some of the really amazing moments.”

“The lighting and props that Rafael has created for the pieces are amazing and very intricate in places, especially in the way that they set up the lights to emphasise what is happening outside of that light space,” Nick says.

Although Nick and Sarah won’t be touring to Adelaide with the SDC, the music created for Emergence performances has been released on CD and will be available for purchase on the night.

Click HERE for your chance to win one of two double passes to see Emergence on Thu 6 Aug.