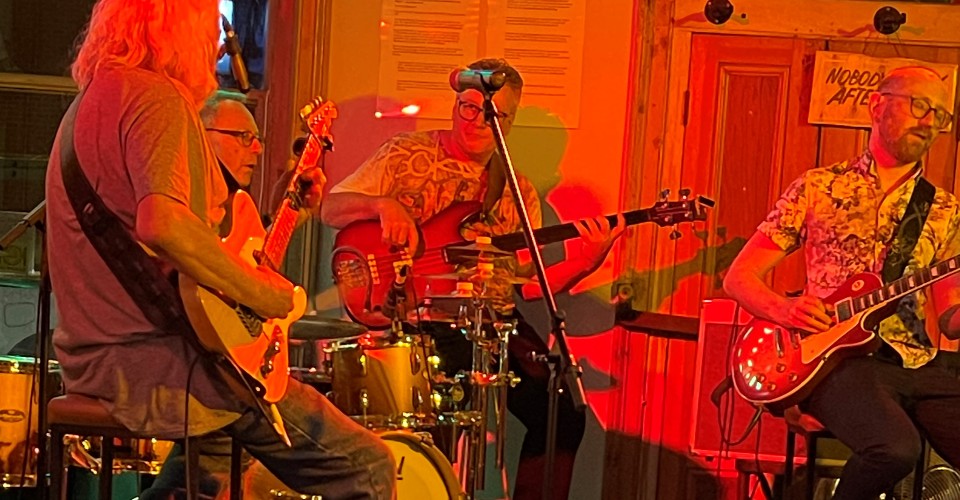 Adelaide’s long-running Sympathy Orchestra have just released their third album, a 10-track offering simply known as third album and will now launch it at The Wheatsheaf Hotel.

The Clothesline speaks with drummer and percussionist John Appleby and begin by suggesting that the band had risen from the ashes of equally legendary Adelaide group Billy & The Redfins, later known as just Redfins.

“Well, I suppose,” John contemplates. “Redfins had broken up and I was playing in a band called Glass Eye doing some Richard Thompson stuff and Julian [Barnett – composer and guitarist] used to occasionally sit in with us. But when he had an idea for Sympathy Orchestra, he thought, ‘Oh, I could use this rhythm section [John and five string bass player Istvan Nemeth] and Glass Eye’s keyboard player, Ray Smith. I just need to add a couple of more players and I’ve got a band’. So that’s how Sympathy Orchestra came about.”

As a sextet – and sometimes with even more players – the mostly instrumental band enjoyed a long residency at Waymouth St’s Union Hotel.

“We had a six-and-a-half year Thursday night residency at The Union but it started to die off in the end,” John recalls. “We weren’t adding anything new to the repertoire and I think people just got older and became a bit bored with hearing the same stuff each week. So Julian decided to call it a day after a gig as a four-piece as the SA Folk Centre.

“So we all went our separate ways for about four years,” he continues. “And then, when it was my 60th birthday – gee, that’s almost 10 years ago now [laughs] – I got some of the bands I used to play with to reform for the night. So Julian suggested getting Sympathy Orchestra to reform and everyone loved it so much that we just kept on going. We did a new album, Sword Machine, and had residencies at Whitmore Hotel as well as The Territorian [now Lady Daly Hotel].”

Fast forward to 2021, and Sympathy Orchestra (Julian, Istvan and John alongside guitarist Lyndon Gordon) have a new offering in the form of third album. It features a mix of acoustic and electric tunes alongside some re-workings of older material.

“But those older songs now sound a lot different,” John says with conviction. “And when Lyndon joined, he fitted in beautifully and has really added to the band. Anyone who hasn’t seen us perform recently will be surprised. The music is now much more open and not as dense and the melodies are coming out a lot more these days.”

Julian has also added an intriguing narrative to one of the tunes.

“Julian has been writing what he calls ‘poetry’ – mainly to amuse himself,” John says. “And, late one night, he decided to add them to one of the tunes. He had some trepidation about letting us have a listen but ended up presenting it to me first off.

“But I thought it worked really, really well and so did Istvan and Lyndon when they heard it, so we decided to add it to the album,” he continues. “So Julian has now been doing that in the live situation.” 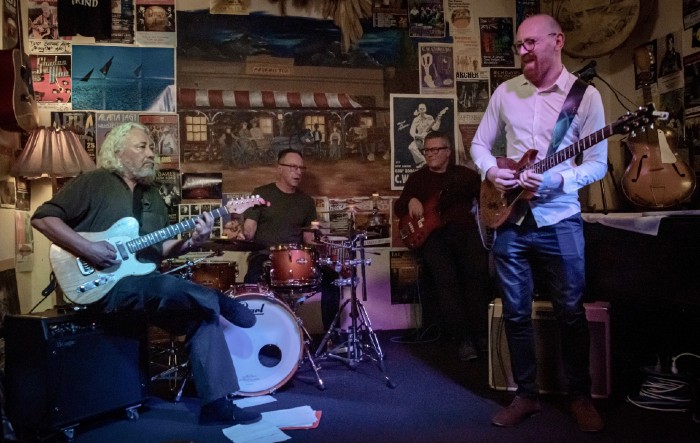 The free entry launch, which will be broadcast live via The Wheatsheaf’s Facebook page and at which the new album will be available for sale, will see the band presenting the new album in its entirety before they return to the stage to play some old favourites.

Classically trained Celia Craig, former principal oboist with Adelaide Symphony Orchestra, adds oboe and cor anglais to boating (in my sleep) and chocolate coated mystic peanut and will also join the band as a guest at their upcoming launch.

“Celia is going to rehearse with us this week,” John says. “And it may be that she plays on a couple of other tunes as well.

“Things are going really well for us at the moment; Julian is writing a lot of new tunes so there’s a new album already on the horizon. It’ll be within the next few months I’d say. And, once again, the songs are quite a departure again from what we are doing now,” John concludes. “People will be surprised.” 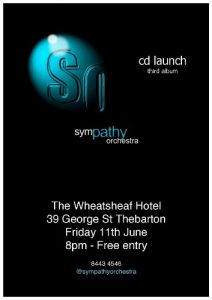