Tahir – You Had ONE Job: Because Humans Can Stuff Up Even The Easiest Of Tasks! ~ Adelaide Fringe 2019 Interview 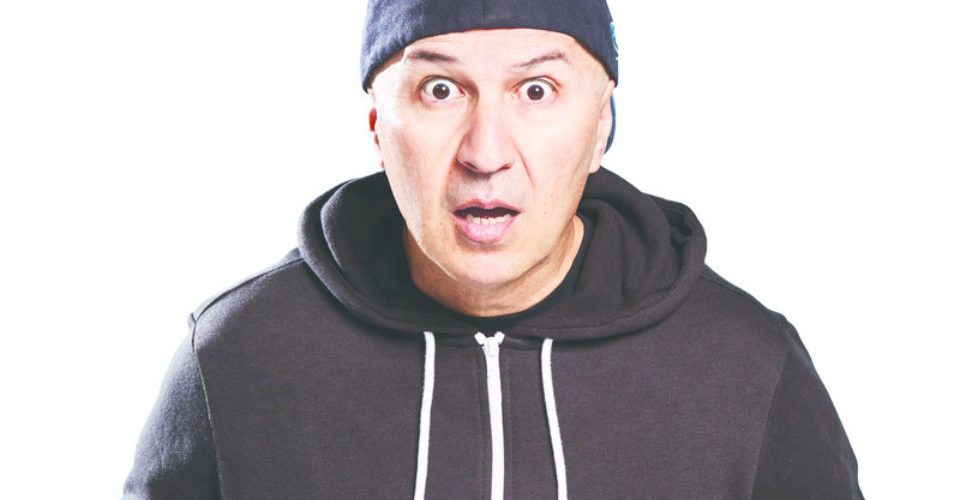 Exploring the stupidity of humans – clearly the most ridiculous animals on the planet, Tahir looks into the dumb jobs, thoughtless actions and cruellest creatures that inhabit the Earth! After surviving life in the African jungle as a participant on I’m A Celebrity, Get Me Out Of Here! the star and co-writer of Fat Pizza and Housos is taking a deep look and a well-deserved dig into the psyche of homo sapiens… and it looks like we win the prize for sometimes failing the most simplest of life’s tasks.

We speak with Tahir, via email, and begin by asking who/what most inspired him to write and perform his latest stand-up show.

“You Had ONE Job deals with all the stupidity of humans and how we can stuff up the easiest jobs and tasks. The Male species, of course, leads the way in this area. Simple stupidity makes me laugh. This show contains many examples.

I presume your observations of the human species in their natural habitat inspired you for your next performance at the Adelaide Fringe. Yes?

“Absolutely! Comedians are always looking for funny things and topics. The human species, to me, is easily the funniest and most interesting animal on the planet. I really believe that audiences love a mirror being turned on them in comedy shows and I tried to do that with You Had ONE Job.”

What should the audience expect from this show?

“My traditional style of observational, relaxed stand-up comedy. A number of different jobs being put under the spotlight, along with a bunch of personal stories of being a stand-up and, of course, the usual audience banter and improv, plus music and a few other surprises; a fun night and with minimal coarse language. It’s often a comment I hear after my shows, ‘Gee, you hardly swear,’ and it’s just something that came about over the years. I don’t rely on it and it also means I get a few younger kids and teenagers at my shows which is a great thing.”

How long does it take for you to memorise your material for this brand new routine?

“I am usually pretty good but with new shows I always take some cheat notes with me on stage… just something I have done since Year 12 [lol]. When I say cheat notes I am talking about some pointers and topic headings. I tend to go with the flow and love to improvise and run with the audience. However, that can also get me in trouble, with running out of time and not getting through all the material that was planned.

“At a festival it can become a problem as most shows run for 60 minutes so therefore having a note with topics keeps me on point and focused – but I still can’t help myself!! I enjoy improvising and I think the audience appreciates they are watching a live show and more performers need to acknowledge that it is a live show rather than simply sticking to a script.”

Back in Adelaide with a brand new show, then to travel the country. Any international prospects on the horizon?

“I will be travelling the country but always a pleasure starting in Adelaide. I have too much respect for the Fringe in Adelaide so I ran the show both in Melbourne and Sydney in small low key shows – then I made the necessary adjustments. I don’t really have any plans to go overseas. I find myself too busy with a number of projects and would prefer to stay here in Australia.”

How do you come up with material for your stand-up comedy routines? Let alone conceptualising, co-creating, writing and starring in the terrifically hilarious sit-coms, Here Come The Habibs!’ and Street Smart!?

“I am always working on comedy material. There are numerous folders of topics and ideas and I am always thinking of different ways to present my comedy as well. I am also always working on television concepts and what people don’t understand is that many of these TV concepts have been worked on for a number of years. We worked on Here Come The Habibs for about four or five years before it hit our screens.

“Right at this moment I am working on five or six different projects, all at different levels of completion, and the thing is they cannot be rushed. We spend a huge amount of time on characters, story arcs, editing etc. The projects are all different as well, i.e. children’s movie, drama, reality show, my comedy special … and that’s the thing – as long as I can always keep performing stand up I am happy to work on other things.”

“I’m A Celebrity was one of the best experiences I have ever had. I did the show to experience something different in life and to meet and get to know different humans in a unique environment. I was lucky to achieve both of these things.

“We really were in the African jungle and we really did sleep out in the open (of course with cameras and lights around us!) and we really did go hungry. Some people think there is a buffet full of food behind the scenes. It’s less than half a cup of oats for breakfast and the a third of a cup of beans and rice for lunch and whatever we win for dinner. “The amounts really were small. Sometimes people heard an apple for dessert – yes ONE apple divided and shared six ways.

“The worse thing about the jungle was not having any contact with family and friends. Everything else was amazing; testing my body and mind, keeping busy, getting to know the others in camp and experiencing new things for the first time (camping, sleeping outdoors, making a fire, showering outside, etc.)”

“Yes, my show is a lot of fun and it’s in a theatre with air conditioning! They even have popcorn and other snacks for sale in the foyer. Do you need any other reasons?”