TEN STEPS TO NANETTE by Hannah Gadsby: No, No… Nanette? ~ Book Review 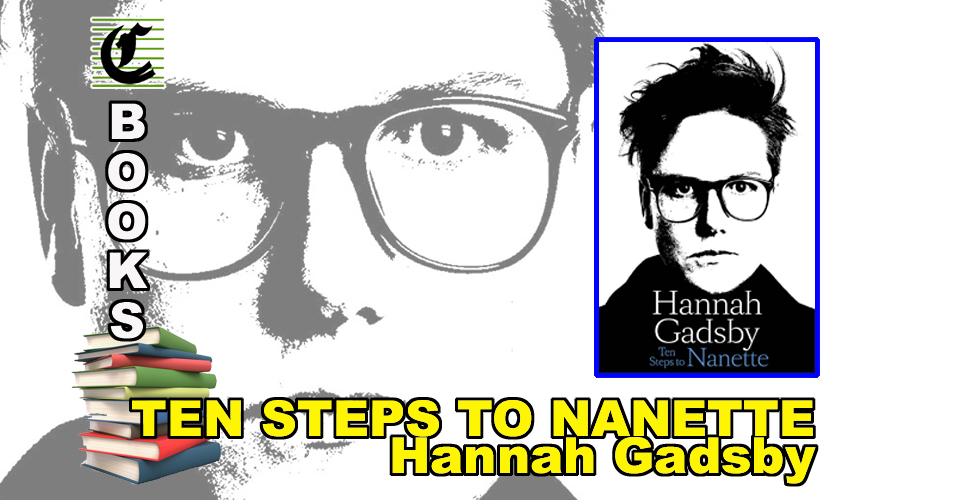 Gadsby’s life story (“A Memoir Situation”) details her life up to and including 2018’s Nanette, the live show that changed absolutely everything, and while it’s frequently witty and angry (in a roundabout sort of way), at 384 pages this feels too unfocussed and oddly leisurely.

Opening with an epilogue, ending with a prologue, and featuring an intermission, Gadsby notes here that indulgence is a bad thing in books like this, and yet she still goes on and on (and on), especially about her early life in small-town Tasmania. And, although her autism diagnosis and other psychological issues have been discussed by her and others elsewhere, her relentless need to lay them all bare, over and over, feels like she’s endlessly putting herself down.

Growing up in a big family in a state where homosexuality was illegal until 1997 (and the locals were cruelly proud of that fact too), Hannah details a long series of childhood events before finally admitting that she knew she was gay from a very early age. She then interrupts her story to discuss the shameful saga of how Tasmanians tried so hard to make sure gay people had to remain hidden and closeted, including happily advocating violence.

There’s a lot here to get through and, indeed, considerably more than we need, and finally these meticulous chapters lead to her pathway into comedy, and the development of Nanette and the rather less explosive Douglas. At last!

But, again, almost 400 pages worth of Hannah ceaselessly mocking herself? Like Nanette it can be somewhat less than… ahem… funny.