Tex Perkins and The Dark Horses: The Tunnel At The End Of The Light – Adelaide Cabaret Festival Interview 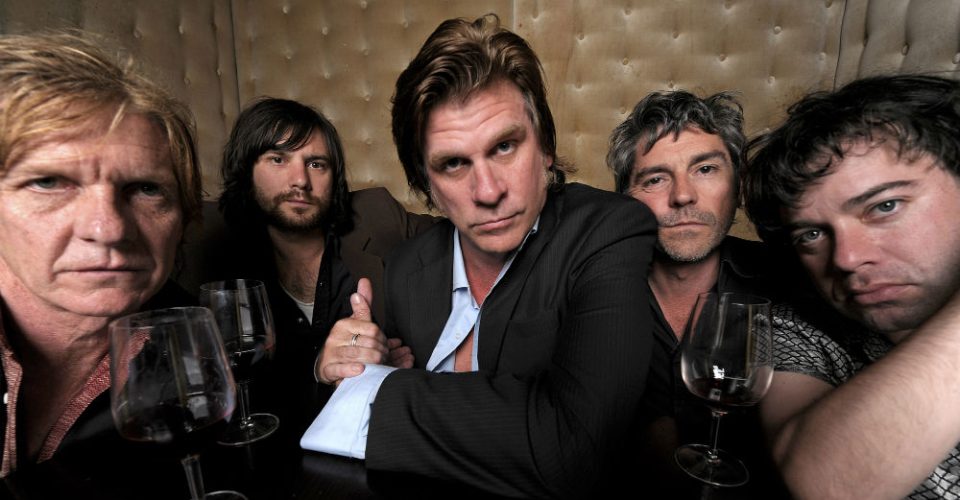 As front man of The Cruel Sea, hard pub rock band The Beasts of Bourbon and most recently The Ape, Tex Perkins has a stage presence that assimilates to what ever style of music her performs, from dark and brooding, channelling Johnny Cash or even singing nursery rhymes with Justine Clarke – although no one could have seen that one coming. Tex, along with fellow band members Charlie Owen, Joel Silbersher, Murray Patterson, Stephen Hadley and Gus Agars, will be taking to the Dunstan Playhouse stage.

We speak with John “Tex” Perkins on the phone about his return to the Adelaide Cabaret Festival.

“Even though I have been in what I would call a cabaret act throughout my career, I wouldn’t describe The Dark Horses as a cabaret act,” he begins, “but we have played the Cabaret Festival before and we go wherever we’re invited. Adelaide has always been good for us. We seem to get Adelaide and Adelaide seems to get us. Our shows are always well-attended, so we feel fortunate in that.

“We’re being a bit greedy as we were only there a couple of months ago playing in The Spiegeltent at The Garden of Unearthly Delights. We’ve come back to Adelaide so soon, so I hope you’ll forgive us for that.”

The Governor Hindmarsh Hotel is another regular haunt for the band.

“It’s our venue of choice and is somewhere we’ve been playing for the last fifteen years or so. Our gigs at The Gov always go well and have been the bedrock of our profile and our success in Adelaide.”

“What will distinguish this show from what we played recently in The Garden is that it will be predominantly about the new album called Tunnel At The End Of The Light. It’s an homage to those early ‘70s progressive rock albums, most notably, of Pink Floyd. This is, and I say it only half jokingly, our Dark Side Of The Moon,” he laughs.

“The album is sequenced and the songs relate to each other; they often dove-tail into each other. It’s an album that is designed to be one 43-minute sitting rather than a collection of songs that only have the fact that they are played by the same people as the continuity and connection between them.”

It sounds reminiscent of some of the concept albums that were so prominent in the ‘70s.

“The music itself isn’t particularly of that era but certainly how the album is constructed is borrowing that style, which I’ve always loved. I like music to have an almost cinematic experience for the listener. It’s ‘Ear Movies’.”

You have a long history with The Dark Horses. How far back do you actually go together?

“I’ve been playing with Charlie Owen for 25 years now, but the band initially came together on my second solo album, which was called The Dark Horses – and then the band took on the name. For a long time, it was Tex Perkins and The Dark Horses, my solo projects with The Dark Horses as backing band. It started when I was a lot more active with my other bands The Cruel Sea and The Beasts of Bourbon. The Dark Horses was the other, other band.

“We’ve been together so long and developed a real connection and aesthetic that only comes together with Charlie Owen, myself, Joel Silbersher and Murray Paterson,” Tex says. “It’s been those players for the last fifteen years.  By now I really see it as a band unto itself so, as much as possible, I like to promote it as The Dark Horses, and I’m just one element in there. I guess I do call the shots but I really see the membership of the band as vital and I really want it to be seen as much more than ‘me and my backing band’.”

You strike me as a man who is no stranger to the darker, more dangerous side of life and you’ve made it through, so congratulations on that. What was it that helped you through and what or who was your shining light in that?

“As I’ve pointed out before, there is a ‘tunnel at the end of the light’ and there is no end to the darkness. You don’t get out,” Tex laughs. ”I think the darkness is always with us and I think it’s a healthy thing. Balance is everything; you need both. But family is basically what I live for these days. I have a fantastic job where I get to do what I love and I’m the head of a rather large family now, so any funds that I make, it’s all about keeping a family going. It’s family that gives me that reason.”

Any things you want to do in the future that you haven’t done yet?

“Probably. Occasionally I’ll be in an airport and someone will say, ‘Oh, Tex Perkins. I love your stuff, man. Are you still playing music?’ Their experience of me is ten years ago or twenty years ago and they have no idea what I’m doing now.

“These days, I am so diverse, I play in so many different forms; I play solo, duets, trios or in a collection of bands, but also in projects for interesting charity events,” Tex says. “I played on Bob Dylan’s birthday night recently; that was a wonderful thing to be involved with. I did the voice-over for a documentary the other day so it’s a lot more low profile but it’s far more interesting to me with a bit here, a bit there. It’s ever changing and far more interesting than being in a ‘successful band’ that does the same thing all the time.

“Amazingly, after thirty years, I’m still being able to feed myself, and my family on whatever this thing is that I have as a career,” he laughs. “I’m not sure what I am anymore. I’m far more than just a musician. I guess I’m an entertainer; it all feeds back into some kind of entertainment.

“But to answer your question, I have no idea what’s going to happen and that’s the most interesting thing. You asked me is there something I want to do and I just want to keep developing; my desire to make music is still there and that develops naturally, but there are all these other interesting opportunities that come and the unknown. I don’t get time to yearn for something interesting because it’s already there in my lap in some form. I’m very fortunate.”