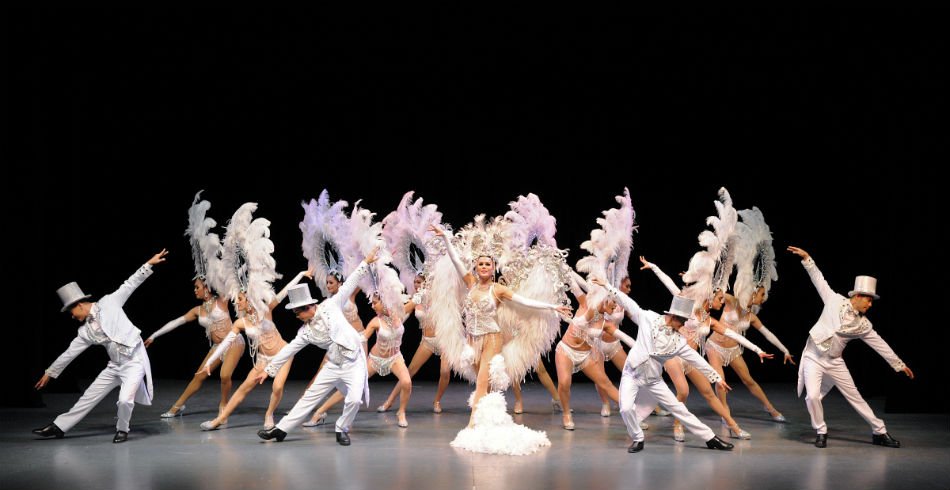 Thailand is known for its glamorous Ladyboy cabaret shows and often part of the tourist check-list when travelling to that part of the world. In contrast to the female impersonators Adelaide audiences may be used to, Thailand’s Ladyboys often more closely resemble women, with huge work going into feminising their bodies and a far more subtle approach to make-up.

The Clothesline speaks with producer and performer Damian Syred, via telephone, along with two of the Ladyboy stars – New from Phuket and Meena from Bangkok who recently arrived in Australia for final rehearsals. We ask Damian what prompted him to bring the Thailand Ladyboy Superstars Cabaret to Australia.

“I saw my first Ladyboy show in Thailand about five years ago; the renowned Tiffany show in Pattaya,” he begins. “I was fascinated with the quality of the performance, the dancing and the incredible costumes. I didn’t even know they were ladyboys until the end of the performance when my friend said to me, ‘not bad for a bunch of boys up there’. I really had no idea; that’s how good they are. You think you’re seeing this big cabaret show, and you are just taken away with how good they are and how they look. If you passed them in the street you would think they are real women. They often say in the Thai language, kathoey, which is like a third gender.”

Ladyboys makes its Australian premiere in Adelaide, but those who attended Vonnie’s Big Arvo at The Edinburgh Castle have already been treated to a sneak preview, which Damian informs us, received great audience feedback.

“The stage was too small to do one of the numbers from the show, but we presented some great condensed pieces with a few of the girls. People really enjoyed it, which was very positive to hear. They just couldn’t believe how beautiful they are, and think that it’s unbelievable that they were ever males.”

Even with their limited English, Meena and New are keen to contribute and tell us how excited they are to be performing for Adelaide audiences.

“It is great to be here and working on the show; I am very excited. I hope everyone enjoys what we do. I think it is a very sexy”, comments Meena.

“The show has over 200 costumes and lots of dancing,” New adds. “We show how we look with women’s bodies.” 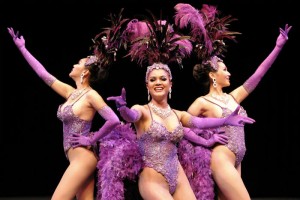 Why are Ladyboy shows so popular in Thailand?

“In Thailand, people are more accepting,” New replies. “They consider us just like normal women. We can work and do everything that women do. People who are gay, lesbians and ladyboys in Thailand are accepted. We look like real women because we begin taking at the age of 15 or 16.”

“We have medicine for treatment to be a girl more than anywhere,” Meena says. “We can be a good girl and good woman.”

Is this your first time in Australia?

“Yes,” New affirms. “This is a country that has been in my dreams, so it is fantastic being here. Adelaide has fantastic weather and is not as hot as Thailand. It is a beautiful country; Adelaide is very busy and very beautiful. The people here are beautiful, too.”

Meena and New express how much they enjoyed Chinatown and the Adelaide Central Market area, and how they plan to visit Glenelg and other beaches. They believe their shows will be easier here in Australia as their make-up will not drip off with the cooler weather.

We ask Damian who he would most recommend the show to.

“It is probably a bit more of an adult/older teenager audience,” he says. “It is not rude or anything, but it is targeted more towards adults. It’s for people that want to come and have a great night. We have a lot of older couples that come see the show as they are curious what it is all about. The music from the show will range from recognisable pop hits from Kylie, Beyoncé and Tina Turner to more traditional Thai and Chinese songs.”

How are the final preparations going for the show?

“Everyone is here now, so we are doing a lot of rehearsals,” Damian replies. “All the costumes were handmade in Thailand, some of which had to be taken apart for shipping, so we have to put them all together again. The performers are so pretty. This is the first time in Adelaide so I hope people come out and see it.”