THE BOOK OF FORGOTTEN AUTHORS: Falling Off The Page – And Back On Again – Book Review 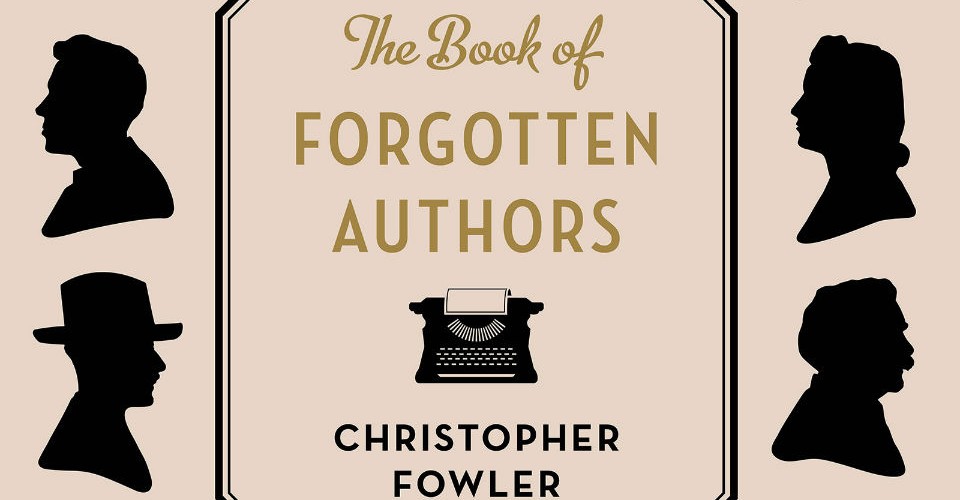 The prolific Fowler’s gorgeous latest is a wonderfully witty study of authors who, despite huge sales, trendsetting innovations and major celebrity even only a few decades ago, are now strangely, shamefully or sometimes deservedly forgotten. While he encourages the reader to seek out just about all of the writers listed herein, no matter how difficult that quest might be, he’s nevertheless pretty hard on many of them, and his tone entertainingly shifts between informative, autobiographical, waggish and bitchy.

After an opening chapter titled ‘Why Are Good Authors Forgotten?’, we get into the business of who these scribblers were (or are) and why they might be forgotten, plus a series of essays upon specific topics including: ‘The Forgotten Disney Connection’, which mentions the suppressed and racist Disney animated epic Song Of The South and Uncle Walt’s oddest outing, the 1943 propaganda piece Victory Through 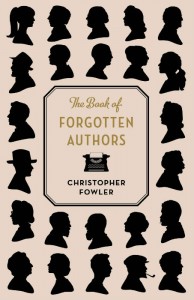 Air Power; ‘The Forgotten (Pre-Tarantino) Pulp Fiction’, complete with detail about Fredric Brown, whose writing was adapted into the classic Star Trek episode Arena and had his The Screaming Mimi filmed loosely by Italian horror maestro Dario Argento as his début feature The Bird With The Crystal Plumage; ‘The Forgotten Nonsense Writers’, like Hilaire Belloc, the man behind 1907’s infamous Cautionary Tales For Children and a big influence on the early Pink Floyd; and more.

But the writers granted their own chapter? There’s: Pierre Boulle, who wrote the novel that became The Bridge Over The River Kwai and Monkey Planet, eventually filmed as the original Planet Of The Apes; Jack Finney, whose The Body Snatchers has been filmed several times straight and otherwise, and introduced the whole idea of ‘pod people’ to the lexicon; Georgette Heyer, a writer famed enough to warrant a lovely few pages, although Fowler doesn’t actually mention a single title of one of her stories; Sheila Hodgetts, creator of the slippery Toby Twirl; Thomas Tryon, an actor (I Married A Monster From Outer Space) who became an author and penned several scary and also-eventually-filmed books including The Other and Harvest Home; and more.

A few of Fowler’s choices are a little iffy, perhaps, like Thomas Nigel Kneale (he dropped the Thomas and created the still-beloved Professor Bernard Quatermass, wrote the infamous TV play The Year Of The Sex Olympics and controversially turned out the script for the original and frightening smallscreen version of The Woman In Black) and Edgar Wallace, who wrote more books than he could keep track of, knocked off pot-boiling paperbacks over a weekend and died while working on an early draft of what became the classic 1933 King Kong. These guys are forgotten? Really???

Fortunately, however, Fowler’s discussion of their writing is fair (and yes, has anyone under the age of 80 actually, you know, read an Edgar Wallace book?) and most enjoyable, and this is a fine read and possibly a pleasing Christmas present for aspiring writers, brave completists and smart-arsed nit-pickers alike.