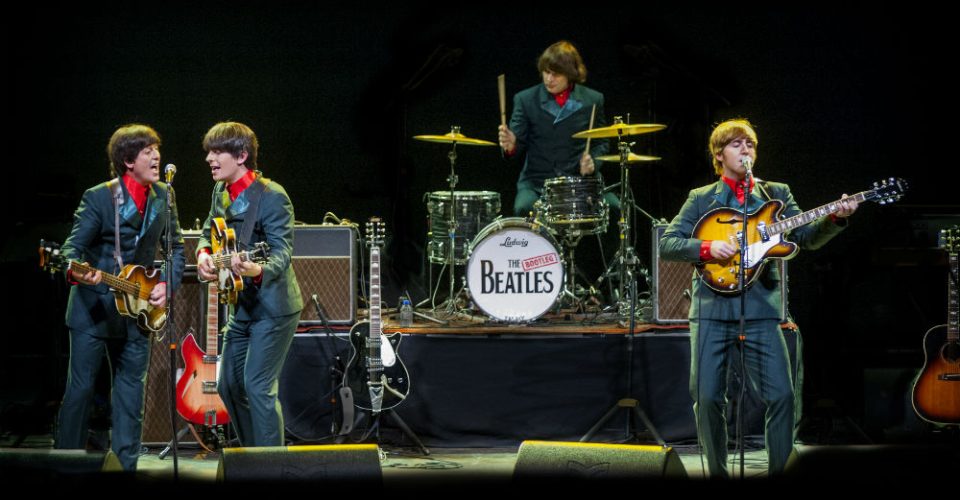 The Bootleg Beatles are the world’s most popular, and most famous, Fab Four tribute band. Transcending the tribute circuit, the band has appeared on the same bill as the likes of Oasis, Rod Stewart, Elton John and David Bowie. They have performed at Glastonbury and at other notable festivals. They have toured the world, bringing the music of one of the greatest-ever bands to enduring, enthusiastic audiences.

We speak with the affable Steve White (“Paul McCartney”) as he prepares for The Bootleg Beatles’ Australian Tour, and ask him if he’s always played Beatles songs, or whether joining the band in 2012 created a new musical challenge for him.

“I’ve always been involved with ‘60s music,” Steve begins. “A while back, I was doing ‘60s-style covers with the band I was in, and someone asked us if we could perform a Beatles show. I was playing guitar, but people said to me ‘You should be the Paul’. So I learned the Paul bits for the show and, because I wanted to get the visual image right, I also learned to play bass left-handed. We rehearsed some songs and played as a Beatles cover band.

“It really evolved from there; being in The Bootleg Beatles wasn’t exactly a new venture. I was doing some of that kind of music, but not full time.”

You learned to play left-handed? That’s quite a feat.

“Yeah. I’m naturally right-handed as a guitar player, but I play left-handed guitar and bass in the show so that it looks correct. It was a little bit testy to start with but, as time went on, it got easier.”

Were you always a Beatles fan?

“I discovered The Beatles around the age of eight or nine,” Steve says. “I found an LP in my father’s record collection and put it on. I remember being absolutely awestruck by it, and thinking ‘Oh my God, this is incredible’. I just kept playing both sides, over and over again. The inside sleeve of the record had a collage of pictures of them at various points of their career. I remember listening to this music and being fascinated by how different they looked in all these photos. I’ve been a fan from that point on.”

And you are still a fan, after performing their songs so many times?

“Oh yeah, yeah,” he replies. “I never get tired of hearing and performing the music. It’s a dream come true, to be fair. To have the opportunity to perform these songs live on stage; it’s a great feeling.”

Do you have a particular favourite Beatles period or album?

“My favourite album, to listen to, is Abbey Road. I know some people say it’s The Beatles’ swansong and it indicates a sad time but I’ve just got to say that I just think it’s brilliant. The production is amazing. It’s innovative in the sense that a lot of the songs weren’t actually songs, they were just scraps, bits and bobs that they glued together in their wonderful ‘Beatles’ fairy-dust’ way, and it just works. It’s just an incredible, brilliant album.”

Why were you drawn to The Bootleg Beatles? Was it your love of the band and the music, or just that it seemed like a good job?

“I was always drawn to the songs, so the interest in the music was there first. And then, the chance to perform as one of The Beatles came along. It was like everything I’d ever wanted just fell into place. I’m playing the music that I absolutely adore. It was always a love of the music.”

Since joining, where have you toured with the band?

“We’ve done a few tours of Australia and have been to the Philippines, which was incredible. We’ve toured so many places: Mongolia, Russia, Denmark, Belgium, and South America; we’ve been as far as Zanzibar.

“We’ve visited some really wacky places,” Steve continues. “You’d never think, in a million years, that people in Mongolia would appreciate Beatle music. And yet, they had a shrine to The Beatles in Ulan Bator, in the middle of the town. We played an outdoor show to something like 20,000 people. It was incredible; amazing.”

What do you think it is that makes The Beatles so special for so many people, regardless of age?

“Musically, they were absolutely incredible. They wrote some wonderful, melodious music. They could write a hookline and a melody that sat well with people. Everyone loved them as a musical force. Also, the four individuals had so much personality and character. They were such loveable, amiable guys that if the music didn’t get you then the personalities did. Both aspects were equally fascinating.” 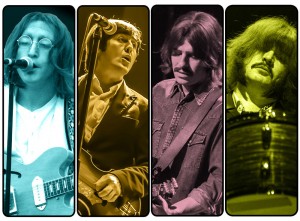 There is definitely something magical about the world’s enduring affection for The Beatles.

“I couldn’t agree more,” he says. “Recently we had a four year old child in the audience, sat there with a Beatles t-shirt on. Of course, you might think ‘Mum and dad has brought you along, popped you into that t-shirt’ but the thing was that the four year old was actually singing along to songs. It was absolutely brilliant to see! The Beatles’ music transcends age – it’s magical and amazing.”

In terms of the gear you and the rest of the band use, how authentic is it, in terms of age and make, and how important is that to the sound?

“We keep everything as authentic as possible”, he explains. “Obviously, the original equipment is becoming so scarce and valuable nowadays; sometimes it’s difficult to have gear from the exact time-period. For example, my Rickenbacker guitars, they’re not from the ‘60s. Trying to get ‘60s Rickenbacker basses is nigh on impossible. Very few of them are in existence, let alone the very model that Paul used. So, although they are a detailed replication of the original spec, they’re not from that time-period. If you did have a guitar from the original times, you probably wouldn’t take it out of the house for fear of it getting damaged!

“It’s difficult when we are touring places like Australia because some of the equipment is hired, and you can’t always guarantee what you are going to get. But, back home, most of our equipment is of the time. I use a ’64 Hofner bass and a ’66 bass amp. The Vox AC-30 amps are old, the drum kit is from ’65… we try to keep everything as accurate as possible. You actually need that stuff to recreate that sound. Modern equipment today just doesn’t sound the same.”

Is there anything new in the show that your Adelaide audience can look forward to?

“We’ve reshuffled the material so there’ll be some different songs in there. We’ve got a some new costumes, and some different guitars; there’s quite a few changes from when we were last in Australia, so there’s plenty of treats for any Beatles fans that haven’t been before, and plenty for those that have.

“Come along and see the show!”

The Bootleg Beatles perform at Thebarton Theatre from 8pm on Sat 16 May.

Book at Ticketmaster on ticketmaster.com.au. Click HERE to purchase your tickets.