The Carole King Story: The Life And Career Of This Incredible Music Maker ~ Adelaide Fringe 2019 Interview 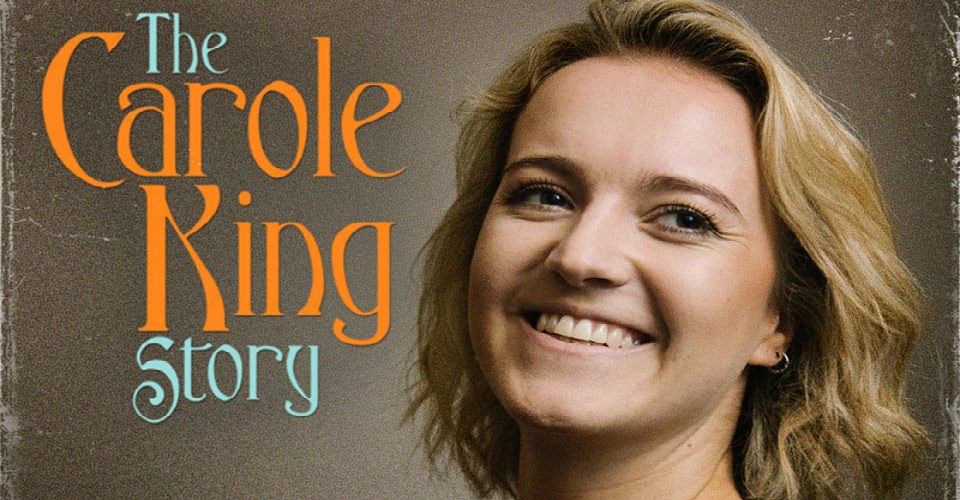 Music lovers and fringe goers will definitely want to be heading to the Adelaide Town Hall to see The Carole King Story; a presentation of her life, career, and incredible music starring Phoebe Katis. We speak to performer Phoebe, via email, and begin by asking whether she has always been based in London:

“I was born in London, raised in Kent (south east of England) and moved back to London after I finished University (at Leeds – North England). I currently live in Camden, North London.”

How much did writing and performing the theme song for a BAFTA award-winning film lift your profile in the UK?

“It was a great first step out of Uni into the industry. I met and worked with a lot of wonderful people who gave me invaluable guidance in my first year in London. The song itself has reached and touched a lot of people, both as part of the film and as its own single which I am really grateful for.”

How did you become involved with Night Owl?

“I met Dan (head of Night Owl Shows, and James Taylor!) on the gigging scene in Kent. He later contacted me for a James & Carole show when I had moved to London. Around late 2014, we put together the show and off we went! Two Edinburgh Fringe Festivals later the team is going really strong and this year is even bigger and brighter for us.”

When did you first hear a Carole King song?

“I remember hearing Natural Woman when I was around 12 years old, both the Aretha version, and then the Carole King version. It went straight to my young heart and mind and was a huge influence in my songwriting from there on.”

Are there other musicians involved in the show or is this a solo act?

“The Carole King Story is a solo act – I play keys and sing.”

Did you have to learn all the songs for this show or were they already in your repertoire?

“A few of the songs were already in my repertoire but I did learn the majority of them, along with her life story, when we put the show together. She has had a really incredible life (and still is having!) and it’s been amazing to be able to explore that through her songs.”

Will the show just be a presentation of the songs or do you also talk about Carole King’s life story?

“I’ll be talking about the songs and what place they had in Carole’s life as I play through them.”

Having been working on your own album, which is being released on Thu 11 Apr, how have you found time to be involved with the Carole King Story?

“The two have seemingly gone hand in hand in my mind. My album is piano based songwritng, is produced by an American producer and we worked together in a very similar set up to how Carole recorded her Tapestry album – just a room with incredible musicians and beautiful music. So as I’ve been telling Carole’s story and exploring her songs – I’ve been doing the same thing for my own project! That’s been a really great perspective to have so, time-wise, the two haven’t really taken away from each other. The Edinburgh fringe was August last year and that was the last big Carole King episode, then I recorded my album during the winter of last year.”

How similar is Carole King’s music to your own songwriting?

“I take a lot of influence from her as a pianist-vocalist and I love her nostalgic singer songwriter chord progressions. I add a lot of harmonies to my tracks for texture and enjoy jazz and soul influences, too, so there are differences. But the core approach has been heavily inspired by Carole King.”

Presumably you will be rather busy after you leave Adelaide?

“I am headed straight into my album release month when I get back from Australia, which is going to be a lot of fun. You guys will be the first to hear some of the new songs as part of my show and I’ve never been down under so that is really exciting! What a great way to start the album campaign!”