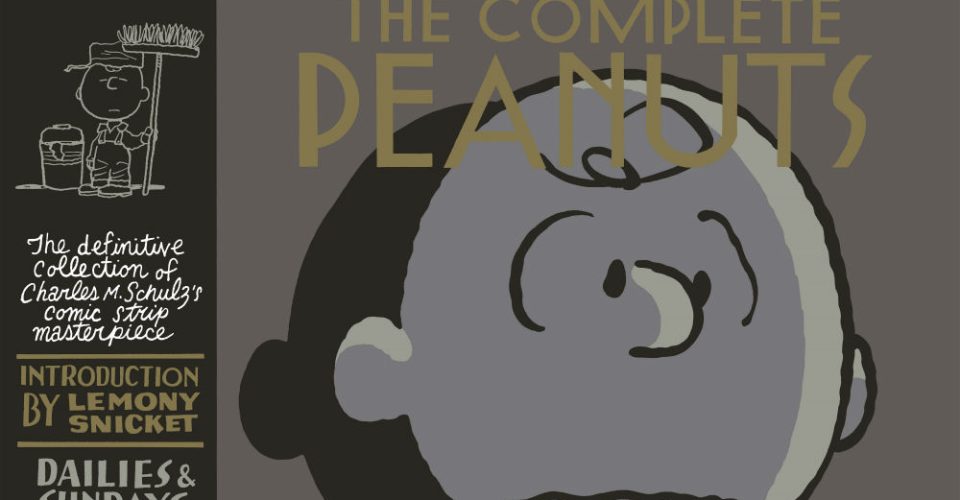 The Peanuts comic strip (1950 – 2000), the massively and abidingly popular brainchild of Charles M. Schulz (1922 – 2000), was gearing up for its 40th birthday when these short (dailies) and longer (‘Sundays’) strips were appearing in newspapers all over the world. And here they are handsomely collected as part of this ongoing series, with the 1987 – 1988 volume introduced by Garry Trudeau and the 1989 – 1990 one introduced by Lemony Snicket, who admits to virtually revelling in Schulz’s creation’s melancholy, even depressing mood. 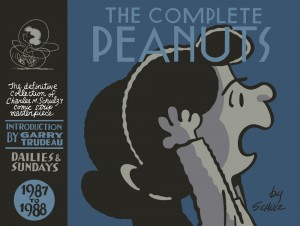 You’d think by now that Charlie Brown and his family and friends would all be hitting middle age but no, they’re all still in school, and they’ve still got the same problems and neuroses: Charlie Brown still painfully adores the little red-haired girl from afar; Linus is still pursued by Charlie Brown’s grumpy little sister Sally and is still droning on about the ‘Great Pumpkin’; Linus’ sister Lucy is still after Schroeder, who still prefers Beethoven; (Peppermint) Patty and Marcie are still pals, although they fight lots and both still have powerful crushes on Charlie Brown (and it looks distinctly like Marcie is the jealous type too); and Snoopy the delusional beagle is still fantasising about battling the Red Baron from his sopwith camel/doghouse. 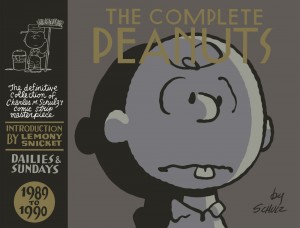 And reading a year’s worth of strips does give you the chance to see how Schulz’s ideas developed as he kept it going (and going): Snoopy’s goateed, desert-dwelling brother Spike is briefly a main character and writes sad letters (???); Snoopy’s jumbo brother Olaf is introduced but dropped, as if deemed too desperate; concessions are made to ‘80s trends (there are mentions of Garfield, Teddy Ruxpin and fax machines); and, perhaps, there’s slightly less religious and existentialist talk, as if Schulz was keen to make CB and the kids’ issues more grounded in (gulp!) reality.

As if his millions and millions of fans wanted that!!!