The Element In The Room: A Radioactive Musical Comedy About The Death And Life Of Marie Curie – Adelaide Fringe Review 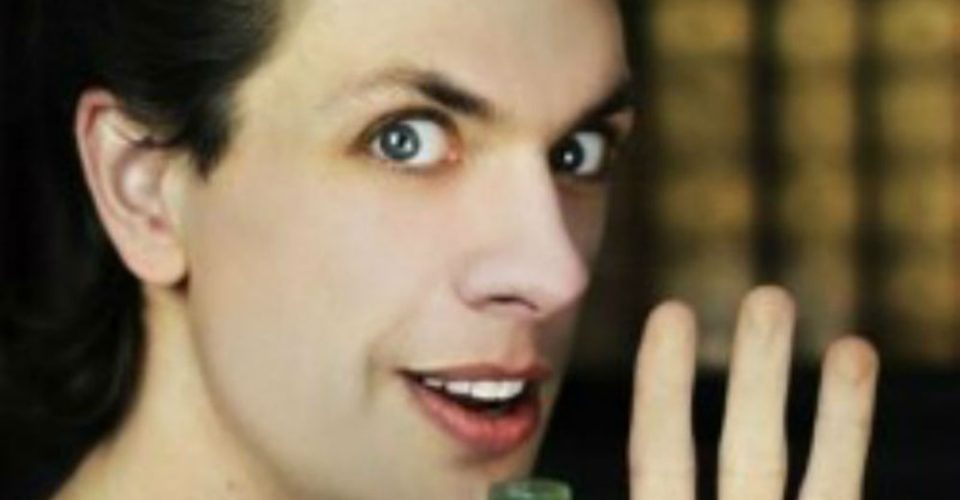 Musical theatre, mime, a one girl show that includes plenty to keep any audience interested, involved and learning along the way. The show begins with a bit of Q&A between the performer, John, and the audience, prior to him becoming Marie Curie. This includes a three minute history of the idea of an atom, from ancient Greece to the times of Marie Curie, including the development of the Chemical table and other physical and scientific notables of the age.

There are no props, just John, dressed as Marie Curie and his support (newly his wife) in opposite drag, playing the husband (and the accompanying accordion). Each audience member is allocated an element upon entry and in another element of audience participation; we play the game of radioactive decay of Radium through several steps till we finally reach stability in Lead, decorating the hall with a colourful ball of string along the way.

We are then led through Marie Curie’s initially reluctant friendship with US Journalist Missy and the subsequent speaking tour of the US, during which Marie is gifted 1g of Radium (her store being depleted) and the very funny scene oscillating between Marie (on the floor with a sore back) and Missy, querying her (with John jumping up and down repeatedly to play the two characters) and the entire audience laughing at the spectacle.

The Element In The Room, as well as being engaging and entertaining theatre, is also very positively educational. The show tells of the history of science and the life of a sometimes difficult woman, a woman who not only had a brilliant and insightful mind, but who also stood and spoke positively for a better chance for women in the world.

The Element In The Room: A Radioactive Musical Comedy About The Death And Life Of Marie Curie continues at Holden Street Theatres – The Arch, at various times, until Sat 12 Mar.