THE FIREMAN: A Gripping and Visionary Work from Author Joe Hill – Book Review 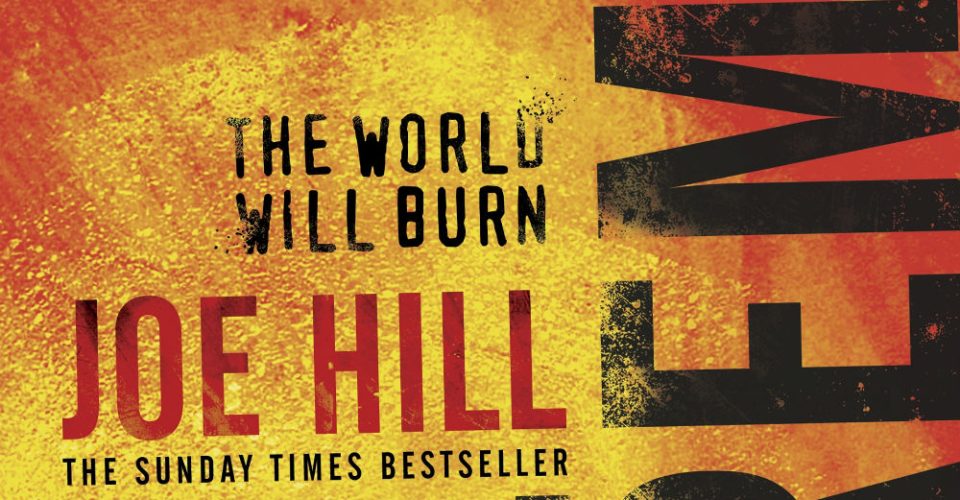 The latest epic from Hill (the pen name of Joseph Hillstrom King, a.k.a. Stephen’s son) acknowledges his Dad in an opening list of inspirations, where Hill admits to supposedly stealing the basic idea for this one from King Sr., as Stephen wrote the gargantuan apocalyptic saga The Stand. However, Hill’s end-of-the-world-as-we-know-it tale is decidedly different from Stephen’s mighty tome, with nothing supernatural at stake and a bracingly dark view of human nature fairly at odds with Stephen’s typical humanism.

School nurse and musical fan Harper Grayson is our heroine as Hill relates the story of a world afflicted by an outbreak of the mysterious ‘draco incendia trychophyton’, or Dragonscale, a virus that first manifests as beautiful patterns on the skin and then causes the body to burn. An elaborate 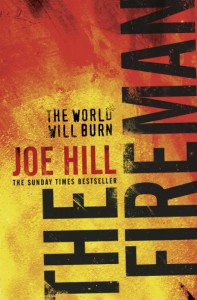 narrative has her trying to keep the kids in her charge, the wider community and her increasingly untrustworthy husband Jakob calm as victims immolate (and 9/11-like mass infernos are reported in the media), but soon America is on fire and Obama, George Clooney and others are going up in flames.

Hill grounds the improbable (or is it?) nature of his fourth novel with some surprising tricks, such as having Harper be a fan of Mary Poppins, J.K. Rowling (another admitted inspiration) and corny ‘80s pop, and her singing of A Spoonful Of Sugar sits strangely alongside Hill’s scathing satirical concerns here, as everyone blames everyone else for Dragonscale and religious zealots use the terror seizing the world as a means to bring in the hardest of hard-line Biblical thumping.

The pregnant Harper joins a host of characters at a camp where the fireman of the title (a feared sufferer of the plague who seems to have embraced it) and others (a deaf child, divided adults, psychologically screwy teens) hide from the outside world and themselves fall victim to fear, lies and hatred, and while Hill allows himself plenty of room to offer veritable oodles of detail (read: ramble a bit), there’s no doubt that this is a gripping and visionary work. And that it’s a compulsively readable 600 page novel fighting desperately to free itself from 752 pages.