THE FRIGHTENERS: WHY WE LOVE MONSTERS, GHOSTS, DEATH & GORE by Peter Laws: Of Gods And Monsters ~ Book Review 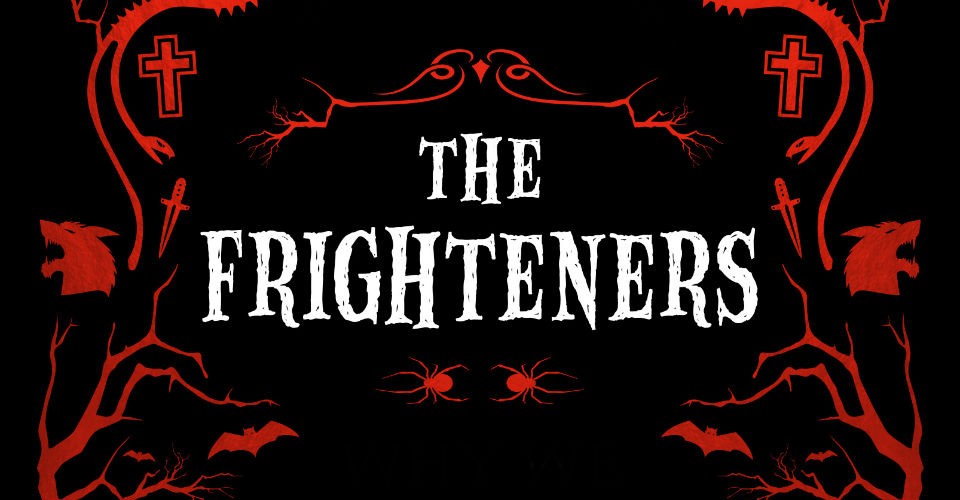 The Bedfordshire-residing Laws is a crime novelist, a massive fan of horror in all its forms (movies, novels, all the dark and frightening stuff in real life) and, somehow, an ordained Baptist Minister, and he’s made quite a name for himself in the UK due to his gift for witty prose, his unbridled enthusiasm and, it must be said, the strange fact that he’s such a freaky fanboy and a man of the cloth too. This part-autobiographical study of the whole notion of scary things and why we’ve always loved them is very readable and great, 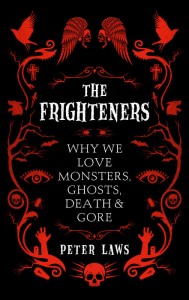 ghoulish fun, while also managing to be surprisingly humanist – and even getting in some religious trimmings, without overdoing it at all.

The introductory first chapter (‘The Sinister Minister’) brightly explains who he is and the central conundrums about his faith versus his interest in would-be-ungodly subjects, and then he trots around England and beyond, doing a little research and having a lot of fun. Sometimes he goes in for some exposition about what underpins popular horror ideas (the chapter ‘Zombies, Everywhere’ explores how sufferers of that voodoo trance morphed into George Romero’s undead flesh-eaters), and elsewhere he gets personally involved, as in ‘The Beast Wherein’ where he goes in search for the supposedly real ‘Hull Werewolf’ and throws in some enlightening background about the whole ancient notion of shape-shifting.

Darker and more troubling (for him and us) is ‘Killer Culture’, where he visits Pandora’s Box in York, a shop that sells such disturbing items as locks of Charles Manson’s hair. Trying to reconcile how such nice people could run such a place (and have such a large, devoted and cashed-up client base), he’s also driven to study the exploits of some really disturbed individuals (Ted Bundy, John Wayne Gacy and the like), to the point that he deliberately finishes the chapter, turns the computer off and steps into the sunlight with his wife and family.

Finally there’s much ‘Memento Mori’-type ponderings as he realises that most of our interest in horror stems from our fear of death, and yes, you could have told him that, but he adds a layer of warmth and humour that makes it work anyway. And there is a final section about how he finds hope and meaning in God, but he doesn’t insist that you do too or graphically beat your head in with the nearest Bible.

So praise be and don’t forget to shoot ‘em in the head!!!