THE ISLAND by Adrian McKinty: We Are Family ~ Book Review 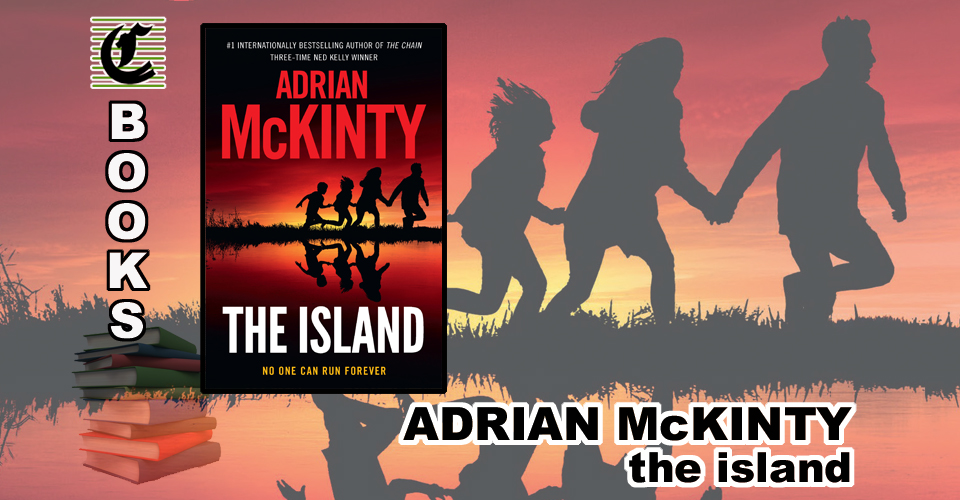 The Belfast-born McKinty’s follow-up to The Chain is similarly suspenseful and, again, offers such a skilfully breakneck pace that any nagging concerns or credibility gaps get lost in the mad dash.

Inspired by the 10 years he spent in St. Kilda, Melbourne, this finds the Seattle-based Baxter family holidaying rather uneasily in outback Australia. Dad Tom has married the younger Heather a mere year after the death of his first wife, and jet-lagged (and ungrateful) kids Olivia (14) and Owen (12) are really over their new stepmother. And Heather has no idea how to bring the family together, or deal with the young ‘uns increasing hostility.

When they impulsively agree to travel to the fictional Dutch island for an afternoon (a scenic spot from which you can just about see Mornington Peninsula) on the small ferry, they discover that the place isn’t exactly tourist-friendly, and when Tom causes a terrible accident and then tries to hide the evidence, the only family on the island are eventually driven to hunt the Baxters down and kill them.

The O’Neills aren’t quite a horror movie clan (they’re sadistic and cruel yet not quite Texas Chainsaw Massacre-level crazy), but the extended group are still pretty nasty, with repellent matriarch Ma ordering the murders and a gaggle of blokey sons on the family’s trail. And considering that the island is seriously small (barely two kilometres in width), McKinty finds clever ways for the gang to keep running and hiding, all with a level of harshness and ruthlessness that should have you wondering who, if anyone, is going to survive.

Ambitiously drawing a parallel between the hunting of the tourists and the systematic killing of the island’s indigenous population many years ago, this is most readable and exciting, even if, perhaps, you might wonder at some of the details when you get through the 375 pages. And yet McKinty is such a master of the sweaty form that it scarcely matters.