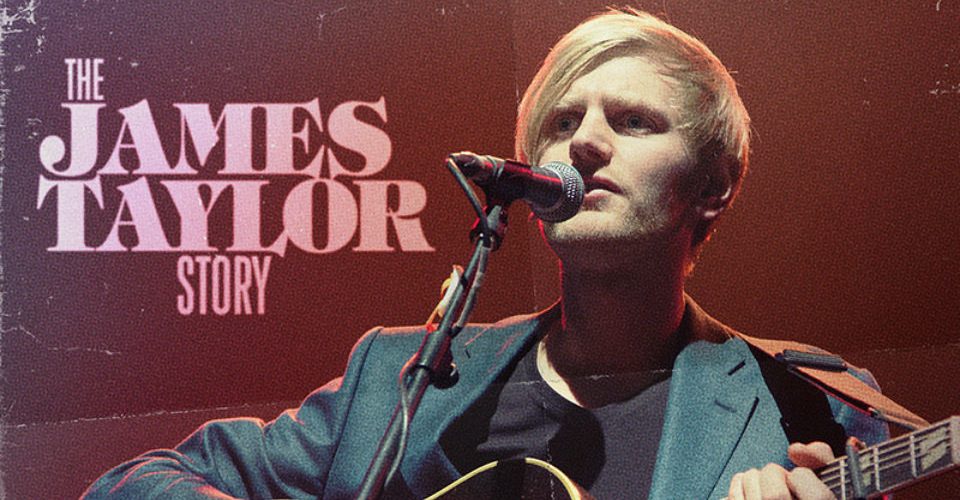 Fans of James Taylor will be treated to an extraordinary night of his music if you head into the Adelaide Town Hall next week to see The James Taylor Story. We speak to performer Dan Clews, via email, to find out more about the show, and begin by mentioning that his career so far has been mainly based in the UK and Sweden.

“Yep, mostly, with a few links in Holland and the songwriting circuit in Nashville.”

It must have been a thrill to attract the attention of Sir George Martin?

“An honour to the last, he was a true gent and supporter of new music. In the time my music has been published by him I’ve been on some wild adventures, like working in Nashville, USA.”

When did you first hear a James Taylor song? What effect did it have on you?

“It blew my mind, he defined a whole genre. Personally he informed a lot of my writing and playing.”

How did you become involved with Night Owl?

“Night Owl is my company. We have run shows at Edinburgh Fringe for the last three years, and we are so excited to be coming out to Adelaide.”

Are there other musicians involved in the show or is this a solo act?

“It’s mostly solo, but Phoebe Katis – who sings in The Carole King Story – makes a significant appearance.”
For how long have you included James Taylor songs in your repertoire?

“I sang a James Taylor song at my brother’s wedding and everyone was pretty shocked at how similar my vocal and guitar work sounded. It just feels natural. That was about 15 years ago.”

Does your show include more recent James Taylor songs or is it mainly the earlier material?

“I go right through the years, from his early UK Recordings on Apple Records through his biggest hits like You’ve Got A Friend up to more recent songs like Copperline.”

Will the show just be a presentation of the songs or do you also talk about James Taylor’s life story?

“We touch on a few key moments in his career, but all the big hits are included; there’s so much to squeeze in… it is jam packed!”

You have worked with Tim Minchin? Do you have any favourite memories from this experience?

“Tim is an amazing individual. I played a duet with him on UK TV in front of six million viewers; it was terrifying but amazing. He talked me through it all in a very caring way. Lovely guy.”

How similar is James Taylor’s music to your own songwriting?

“Not far off; I play acoustic and sing ballads. But, he is quintessentially American and I will never escape my Kentish roots.”

What do you have lined up after Adelaide?

“We are back at Edinburgh Fringe via the U.S for shows in Nashville and California; it’s a busy year.”