THE LAST WOMAN IN THE WORLD by Inga Simpson: A Very Aussie Apocalypse ~ Book Review 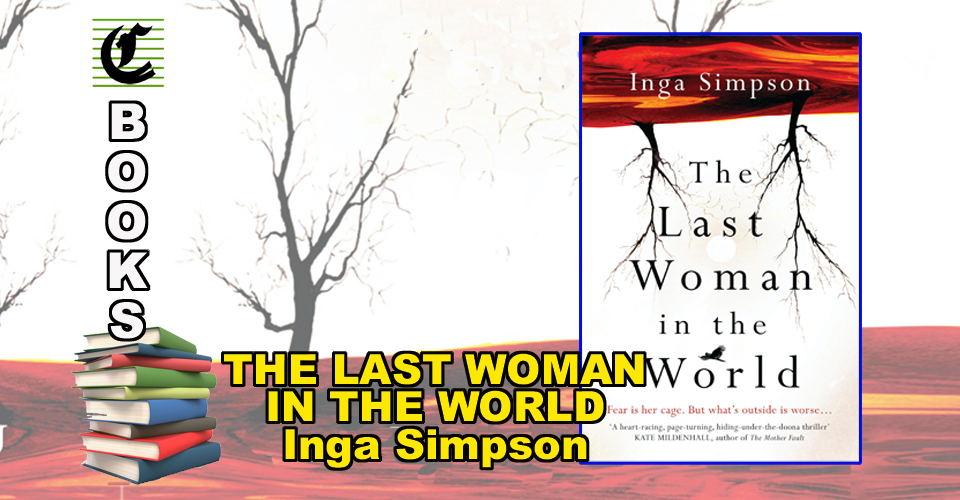 Haunted by the recent cataclysmic bushfires and (of course) the pandemic, this is artist Rachel’s story, and we find her living in her isolated, self-sufficient home in the NSW countryside, completely oblivious to what’s going on the world outside. And happy about it.

Her fragile mental state is revealed as the narrative progresses, but this begins with a stranger knocking at her door, clutching a crying baby and calling for help. Rachel’s safe life alone, constructed around glass-blowing and tending to vegetables, is thrown into turmoil when the woman, Hannah, reveals that a terrifying plague of mass death has hit the continent, and the world, and that she and baby Isaiah have only barely escaped. But is Hannah lying? Are they in danger? And is Hannah being pursued by someone – or something?

Finally believing Hannah’s story of crowds being suddenly struck by a kind of trance and then falling dead (a little like Josh Malerman’s novel Bird Box and its Netflix filming), Rachel decides that the only way to survive is to leave the safety of her home and proceed as far upriver as possible, in order to hopefully meet up with her semi-alienated doctor sister Monique. However, the trip becomes a genuine odyssey, as the death follows and at times, nearly overwhelms them, and when they venture further into Canberra, we’re treated to a memorably apocalyptic vision of the nation’s capital in ruin.

Despite the potential for clichés, as well as the suspenseful action and graphic detail, this is primarily about the characters, who run into horror after horror yet can’t let themselves feel the fear, if only to save ever-wailing baby Isaiah. There’s also a now-standard subtext about how the lurking shadows of death are only the latest in a string of disasters brought about by humanity.

And how humanity, therefore, really had it coming.