The Magnets – Can You Feel It? It’s A Cappella, People, But Not As We Know It! – Adelaide Fringe Interview 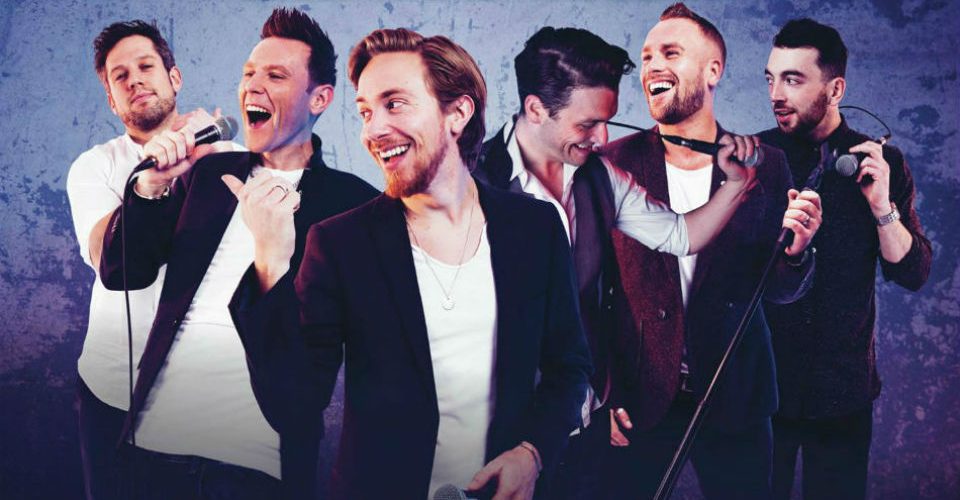 Redefining the boundaries of a cappella music, UK six-piece vocal outfit The Magnets are returning to Adelaide for their fourth season, with a sensational new line-up – the absolute cream of their crop – to present to Fringe audiences some of the hottest vocal and beatboxing talent on both the international and London’s West End a cappella scene. This fast paced, shape-shifting, tour-de-force showcases the sheer versatility of a cappella performance. From Rat Pack to Rock Band, Nashville to Nightclub, The Magnets own each genre, effortlessly switching scenes with slickly inventive choreography and lashings of audience-engaging charm.

We speak with Callum McIntosh prior to the sextet boarding a plane to bring us their latest show Can You Feel It? to Adelaide Fringe 2017 We ask about the change in dynamics since the transitions in the group’s line-up.

“The balance between everybody is so much better now,” he begins. “Everyone is on equal terms as performers, which is a return to what The Magnets was originally designed for – to have six guys on stage, having a good time. The standard of singing is much higher, and the beatboxing has been taken to a new level altogether.

“Our new bass man, Duncan, we call Mr Six Pack,” Callum says. “He’s fit and muscled-up so he will definitely get his top off in the show. It’s quite impressive. He’s also a gymnast so you might expect a few flips from him as well. We really want to keep it child friendly, but we’re pretty sure Catherine Blanch would quite like that [laughs]!”

I’m sure she would be too [more laughs]! So, with a new line-up, who now takes the role of musical director in choosing the harmonies and songs?

“We’ve had quite a few different line-ups since our last time in Adelaide, so the quality of the arrangements has also changed. Some of arrangements have been outsourced and the rest we do ourselves, but it still me, Mikey (Welton) and Nic (Doodson) who make all the decisions about arrangements and what sort of style we’re going for.

“This year’s show contains lots of different things in the one package, everything from rock, pop, swing… something for everybody,” he says. “We’re still sticking with our Magnets humour; we have one number where we do Barbie Girl in eight different styles from Reggae to pop, to swing, to barber shop, to opera. I think it’s one of the things that separate The Magnets from everyone else; it’s important to not lose that charm.

“Our top singer, Michael Conway, has the voice of an angel like you’ve never heard before, and performed the lead role in The Jersey Boys on London’s West End,” Callum adds. “He tells people that The Magnets are now younger, sexier and they can dance a bit [laughs]! Having Ball Zee with us is going to blow audiences away. Billy Boothroyd has been quite successful lately; he’s been performing with a group called the Submotion Orchestra in Europe, and has written some hits that have done really well on the iTunes charts. So, each of us is involved in many projects which, I think, it’s a good place to be.”

What songs are you offering up this year?

“We’re doing a really interesting version of Feelin’ Good, a bit of Jolene, Minnie The Moocher – which is usually Mikey’s number but Billy will be doing that in his place,” he says. “We’ve got a bit of Adele, Bruno Mars, Michael Jackson, a bit of Justin Timberlake and, if time allows, we’ll also have a quite intriguing encore for the show with a loop station with a bit of AC/DC blended in with some Eminem, Adele and The Bee Gees. We’ll also be doing a Sam Smith song called Lay Me Down which just phenomenal with Michael Conway singing it. There are quite a few surprises in the show will makes for a real crowd-pleasing stuff.”

Where does the show title come from?

“It’s called Can You Feel It? because the show starts with Feelin’ Good, and bookends with Can’t Stop The Feeling and Michael Jackson’s Can You Feel It? The whole show really is about feeling good and we present that through lots of different styles of music and singing.”

Do you think The Magnets will ever have a female performer?

“In India, we have a guest performer that sings with us. Natalie di Luccio is quite big across the country, but we’ve definitely been looking at that as part of our touring is to have The Magnets featuring local performers from wherever we are performing.”

How about a favourite song?

“Mine is still Pencil To The Lead, which we performed the last time we were in Adelaide, and it works so well in building up the show. But I have so many favourite moments in the show. Our new beatboxers do so much more than just the drum work. It’s like having Thom Thum in your band. He, Ball Zee and Hobbit all know each other and because Thom is performing at Fringe as well, we’re hoping to get him in for a guest spot on the show. Billie is so excited about coming back. Ball Zee sounds really good in his clips, but to hear him live, it’s just like nothing you’ve ever heard.”

Callum tells us that the boys have a new album called Can You Feel It? which not only contains most of the songs from the show, but will also be available during Adelaide Fringe. Considering how buys the boys have been on tour to India, China, Australia, Edinburgh and Germany, it’s good to know that fans will be able to take the boys home with them after the show.

“Touring has been fantastic,” he enthuses. “We’ve had some of the original Magnets fans come to some of our shows. These are people who have been following the band for more than twenty years, and have said that this new show and line-up is the most fun that they’ve had any of our gigs ever!

“For the people who have seen us before, I would say that this show is a real step up from anything we’ve done before. The beatboxing is world class, we all look better on stage and it’s presented in a much more friendly way that brings the audience in and has them keep coming back.”

The Magnets perform Can You Feel It? at The Factory – The Garden Of Unearthly Delights, at various times, on Fri 17 Feb until Sun 19 Mar.