Alan Brough and Casey Bennetto – The Narelles: The Musical Hits And Misses Of A Band That Never Was – Adelaide Cabaret Festival Interview 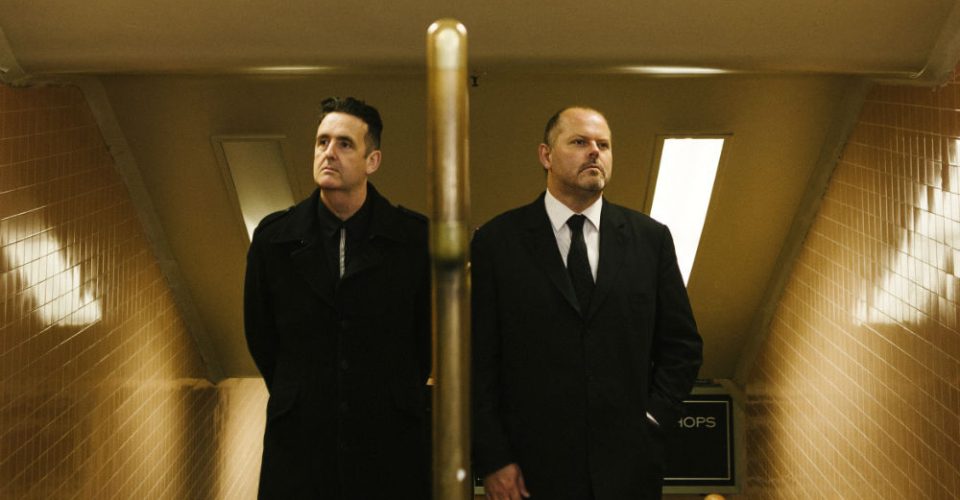 Hailing from Melbourne, Casey Bennetto is best known as the writer and composer of the sardonic multi-award winning show, Keating! The Musical, which sold out its Adelaide season in 2006. Also a successful musician and radio broadcaster, Casey is joining his cohort Alan Brough to ‘reform’ their long lost and enigmatic band, The Narelles.

We ask Casey what he can tell us about his Adelaide Cabaret Festival show, The Narelles.

“I can tell you that it’s a reunion show for The Narelles, that legendary post-punk cult band that Alan Brough and I played in together for so many years, to such little popular acclaim that there are a whole lot of folk who think that we’ve made up the whole enterprise this year! That I can’t believe, because we played together for so many years and went through such ups and downs. Yes, it boggles the mind that somehow, we never managed to ruffle the hem of popular consciousness.”

“I don’t know what to say to that except that The Narelles’ integrity has been unimpeachable from the beginning. I don’t think you’ll find one person who says they’ve been to a Narelles’ gig before this year and been disappointed. Not one.”

Once the laughter subsides and we mutually agree with Casey’s point, Casey says how proud he is of the band’s reputation. They were quite young when The Narelles hit the big time back in 1988, and with Alan then living in New Zealand, we ask how the pair made the distance work for them.

“That was the impressive thing about it actually. There are very few people that start a band despite being in separate countries and pre-internet. Somehow, we managed to do it. I don’t know, just the magic of music I think; it’s what drew us together.”

And now you are back for a reunion tour.

“That’s right and I should say from the outset, that the music that influences The Narelles – and we have great fun playing – is from right across, I guess, the alternative rock and pop spectrum, if you know what I mean. Bands like Joy Division, The Pixies and Nick Cave and the Bad Seeds and even The Buzzcocks and The Ramones are the bands that are the real influences for The Narelles.

Is there a narrative to the show?

“No. It really is a gig rather than a show. Not much of a narrative in that we do go back through the back history of The Narelles a little bit and talk about some of the things. ‘Narrative’ seems a little bit highfalutin for what goes on in The Narelles.”

Casey suggests that there’s not much of a narrative to the show, being more of a gig, nevertheless we ask about the possibility of some adlibbing.

“There’s certainly some here and there because one of the things that’s really enjoyable about doing these reunion gigs is the two of us getting together and being able to take shots at each other or interact with the audience or change things up.”

So, what inspired you and Alan to revive The Narelles?

“It was time really. In between when The Narelles first went into hiatus in 2004, I was doing Keating! and the following year I performed at the Adelaide Cabaret Festival, while Alan went straight into Spicks and Specks. So, now is really the first time we’ve touched grounds after those respective endeavours and said ‘Hey. Our schedule is clear. Let’s put the band back together’.”

Would you call this your next world tour?

“Well, let’s just take one city at a time. That’s the way The Narelles treat things. We’re always mindful of things like, for instance, our drummer Gary X, who doesn’t appear on stage with us due to a crippling case of stage fright but plays drums from a van in the nearby vicinity. It is unfortunately due to Gary’s condition that the van must be at least 250 metres from the venue or it’s too much stage fright for him.

“So because of the difficulties of touring with Gary it means that the world tour might be a bit of an ask because he’s going to run out of petrol before we get anywhere, but we’ll do what we can.”

The Narelles recently performed Melbourne and other places. Is there anything that you’re noticing that’s changing in your performances as you’re getting accustomed to each other… again?

“It’s getting back into the swing of things that’s the real key to it. Certainly, as we’ve gone on in the last residency, the adlib quotient has gone up and the desire to just have a great time playing loud music and behaving like idiots… the old instincts have returned to us, in that respect. I’m a bona fide idiot [laughs]. I challenge anyone to an ‘Idiot-off’!”

Where to after Adelaide?

“I think in the short term, for The Narelles, back to Melbourne and maybe working on a second album and back in the studio. We don’t know beyond that at the moment. We could be heading up to Sydney but that’s a question mark at this point.”

Have you been signed to any national record labels?

“Really we’re not concerned with kowtowing to any major labels anymore. We’ve played that game. We’ve had the big advances and had them all eaten away by ridiculous publicity and all that sort of stuff and all we really want to do is concentrate on the music. So we’re happy to be releasing on our own label.”

Is there anything else you want to add?

“I hope the Adelaide folks just come out and are ready to have some weird and wonderful times.”