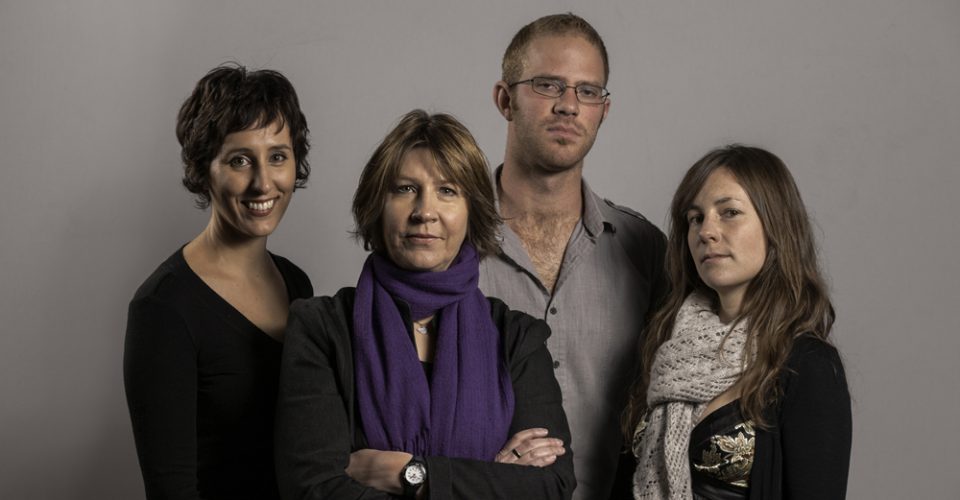 It is a few years now since this gorgeous trio’s last full length offering; this could be due to the fact that they have been busy scouring romantic and far-flung corners of the globe in Europe and the UK. All three original members are sought after musicians in their native Adelaide, for all kinds of studio session work, song writing and often being invited to share the stage with the big touring bands. DeNardi, the group’s violist, most recently shared the stage with Michael Bublé in an eclectic and carefully chosen string ensemble for his national tour. This is all alongside their own main act of course, Vincent’s Chair, a name now synonymous with beautiful and intricate arrangements, thought provoking lyrics and sensitively captured moments.

Their newest album is a beautiful collection of stories, written by songstress Kathie Renner who once again delights with the glimpse into her gentle and thoughtful nature. Her lyrics reflect her careful observation of life, and together with such sophisticated and ‘tight knit’ musicians alongside, have managed to put together an album which is so easy to listen to you won’t want to be getting up to change the disc at the end; rather will allow it to run  over and over again.

This Room takes you on a reflective trip through the idea of solidarity where once there was companionship, and the realisation that one will always survive on the other side. The weaving viola threads its way through to the deepest recesses of your own loneliness and conjures similar feelings in a vein similar to something penned by Adele.

He Said She Said is a sunshiny sounding song with a jazzy beat which makes me want to fling open a window and smile at all walking by in the street. Such is the nature of Renner’s voice, where she alternates between many different styles as well as moods.

The Gift has a folksy feel to it and it is only here, on track 5, that I realise the unobtrusive yet perfectly balanced accompaniment provided by Renner on guitars. The collaboration of the three is clearly the result of many performances together; there is no inequality of roles within the music and it is apparent that each musician knows exactly what the song in question requires.

Step On My Memory again switches moods, to a bluesy sound with the addition of a fabulous sounding double bass and percussionist by Holly Thomas, who often performs with and records with the band. Together they offer a sensuous and flirtatious sound, with the trill of the viola at the start of the song and a lovely bit of slide in the middle.

The New Vibe sums up this album perfectly; it is overall fresh, likeable, easy to listen to and thought provoking. As a musician I am torn between wanting to examine the lyrics and allowing myself to feel the sound wash over me as I croon along with the music.

An album with something for all lovers of life. And music, of course.