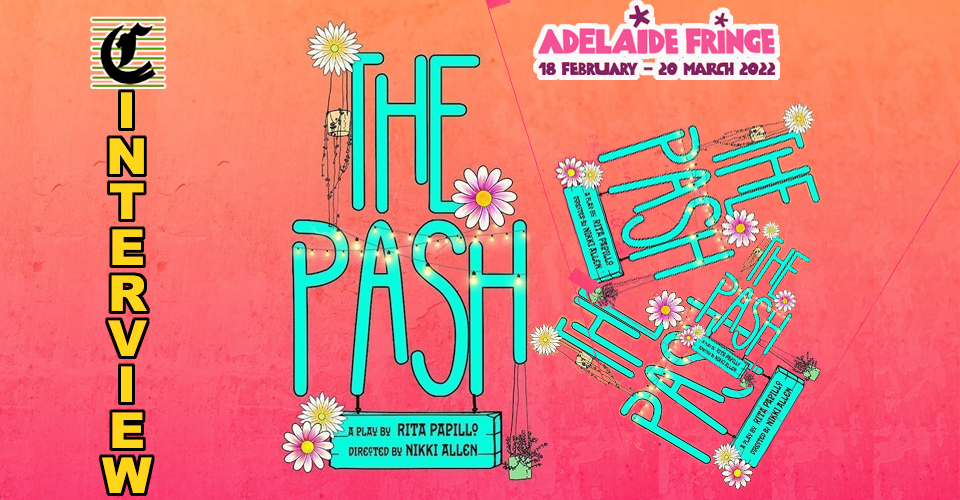 The Pash returns to this year’s Adelaide Fringe for a one-week season at the soon-to-be-demolished Bakehouse Theatre. This play received reviews which called it ‘deeply funny and truly original’ and ‘compelling’. We contact writer Rita Papillo and begin by asking her when she wrote The Pash?

“I wrote The Pash in 2019 after a very long hiatus from writing anything at all. It was such a relief to finally put words on a page. I had so many ideas, but nothing felt ‘enough’. When I finally committed to writing, the story unravelled. I had an incredible opportunity through SA Playwrights, New Visions 2 to participate in a public reading of the script at the Holden Street Theatres in August 2019. This gave me momentum and a deadline. It provided an opportunity to gauge an audience response and to see the potential of these words on a page as a living, breathing production. It also showed me that I had a lot of work to do to ready the script to be production worthy.”

“I commenced writing the play shortly after Fringe and Festival had concluded,” Rita says. “It occurred to me that it was an ideal setting. It’s such a vibrant, alive time and a perfect contradiction to the lack-lustre the protagonist is initially experiencing.”

You use the somewhat unusual technique of having two different actors playing the same central character?

“In some ways all three actors represent elements of the protagonist. Humans are complex and multi-dimensional and that is what we aim to get across. I quite like absurd theatre and while this play does not fit into that genre, I enjoy the observation of our absurdity as humans. I mean that in the most generous way; we are flawed and funny, quirky and complex, kind and sometimes unkind.

“How we portray ourselves externally isn’t always reflective of the way we feel internally,” she says. “We learn to put on a ‘front’ for various reasons and we are often reactive to life circumstances. There is social awkwardness and fragility, which Katie O’Reilly portrays beautifully as the central protagonist. Lucy Slattery as the narrator portrays the more reflective and refined elements of the characters internal processes and Ria Loof, through specifically chosen sections of songs, (which serve as a subtext to the plot), informs us further as to the workings and backstory of this complex and familiar individual.”

The play is listed under theatre, but reviews point to how funny it is. And there are songs – with ukulele?

“It is absolutely theatre,” Rita says. “The soundscape is live; masterfully constructed by Ria Loof on her ukulele, adding the depth, tone and mood to enhance the drama. Yes, there is humour. People are funny and it’s a very Australian thing to be self-deprecating and find the humour in even the direst of circumstances. There are also very thoughtful, poignant moments that cause us to reflect and empathise. Essentially though, the play is a drama.”

Is The Pash aimed at a certain age and gender demographic, or will anyone enjoy it?

“I purposefully wrote a play that represents women in the middle years of their lives. We tend to become overlooked or ‘invisible’ and I feel it important that our stories, voices and perspectives are reflected authentically. It’s no secret that women in this demographic have less opportunities when it comes to acting roles and I am doing my small part to rectify this.

“One of the themes the play addresses is the way our social currency diminishes as we age and the importance of being ‘seen’ and ‘heard’,” she says. “In terms of audiences, The Pash has been enjoyed across all gender identities and by all age groups including teenagers and people who are generally not theatre goers. This makes me particularly happy as I aim to create accessible theatre for people from all walks of life.”

The Pash played to positive reviews and audience reaction last season. Have you developed the play in any way or is it the same production?

“For the most part, yes, it is the same production,” Rita says, “however, there are sections of the play that we felt could be developed further and that is part of what has motivated us to do a second season of the show. We are independent theatre makers and that means juggling the employment which financially sustains us and for the most part nurtures us, while pursuing the passion that invigorates us. In essence, we ran out of time last season.

“Being in the rehearsal space this time, we have been able to explore and ‘play’ with a well-established foundation and we are really excited about what we’ve uncovered and the new dimensions we bring to this revised production. It is also exciting working with Skye McVicar in set design. We didn’t have the opportunity to work with a designer in the initial run of the show although Nikki Allen did a great job with the resources she had. Skye’s design embodies symbolically and represents visually the concepts in the story. This adds a whole new and interesting dimension to the production.”

Is it the same cast as last year?

“Yes, it is the same cast and the same director,” she says. “I first met Katie and Lucy when we worked on a play I had written called, If The Walls Could Talk at the Bakehouse, in a project to support emerging playwrights. Katie and Lucy grew up as friends in Alice Springs and have a long list of acting credits, but the ‘Walls play’ was the very first opportunity they had to work together, which, they do stunningly.

“At some point, in trying to bring the play to the stage, we determined, quite by chance that the sections of songs within the script would best be performed live. Through word-of-mouth recommendation, I approached Ria, who was thrilled at the opportunity to work with Lucy. It’s Adelaide and lots of people are connected. Lucy had done some work previously with Nikki and Michael Allen and after forwarding the script, Nikki Allen came on board as our director. That part of things fell into place ridiculously easily. We work in a very complimentary way, and I feel this is reflected in the show.”

So The Pash is life affirming?

“Yes, I believe so” Rita says. “It’s not a Hollywood type transformation, which as we know is unrealistic. The protagonist’s journey is hopeful, and her change and growth are subtle but significant. It’s a tangible catharsis and ‘she’ finds herself in a more grounded and focused place by the end of the story.”

What do you think people will enjoy most about The Pash?

“I think people enjoy the human element. The protagonist is relatable and so are her obstacles, her behaviours, her conversations and her foibles. She is someone that everyone knows and can relate to. The cast is incredible; they are a highly skilled ensemble and a joy to watch.”

Is there anything you wish to add to encourage people to come along to see The Pash?

“The Pash is lots of fun!” Rita says. “It’s not a particularly long play – around the 45-50 minute mark. On the most rudimentary level, the play is enjoyable. On a deeper level, it’s thought provoking and enjoyable! In these very odd times, we need opportunities to be uplifted, to laugh and feel hopeful. That’s what you will experience when you see The Pash.”

The Pash performs at The Mainstage at Bakehouse Theatre from 9pm on Tue 1 Mar until Sat 5 Mar. 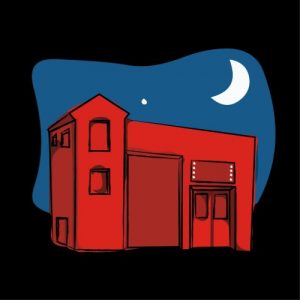