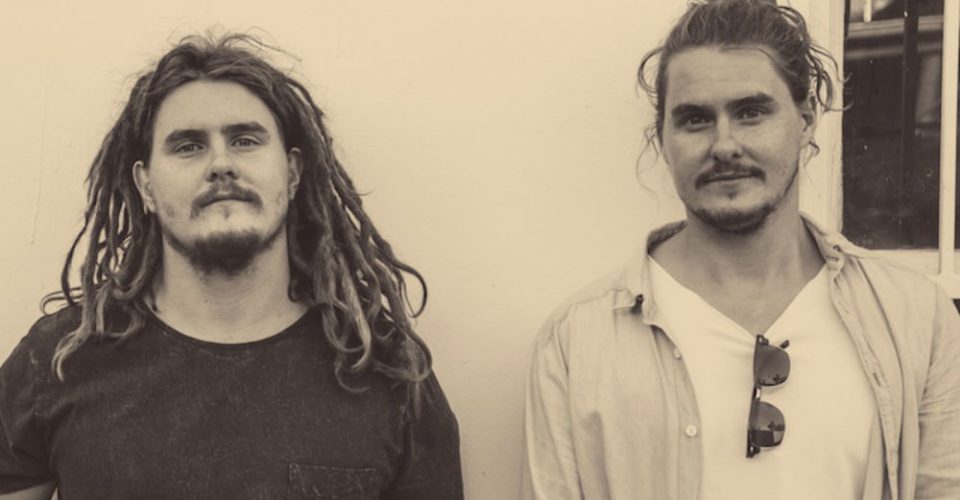 The Garden Of Unearthly Delights – The Spiegeltent, Thu 3 Mar

There is a familiarity and comfort with these musical brothers on stage: voices that blend in the best of ways, banter that reflects being family and a great energy – including things like Jack re-entering the stage with a gymnastic style forward roll that only just missed pushing his very busy brother Patrick over and interrupting the musical flow. 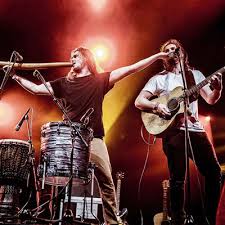 And what a musical flow it was – rhythmic roots decorated with a couple of guitars (at times) and Jack with an unusual, but workable drum kit, tom, djembe, cymbal, didgeredoo and cowbell, with the kick drum for Patrick. We should also add Patrick’s guitar(s), which are also the object(s) of Jack’s drumsticks. There was an amusing all-on-one guitar session with four sets of hands on Patrick’s guitar to add some extra drones, tones and bass runs that worked quite well and other moments with Jack playing didge while holding the blues harp to Patrick’s mouth, as his hands were busy playing guitar – things that you simply don’t see with other musicians.

The boys worked up a sweat and were very happy to enjoy their first Spiegeltent gig, making the most of a very receptive audience, who clapped, sang, swayed and were totally into the performance – including several rows of people who gave them a standing ovation at the close. There was a mix of popular and known songs as well as a smattering of newer ones. I can only imagine what they’d be like at a gig when the Festival time constraints did not apply – ‘cause there was no holding back on what they were prepared to give their audience!

The audience clapped, sang, and swayed along with these strangely talented musical brothers.