The Revolution – Drive That Funky Soul ~ What’s Going On With Lenin Marrón?: The Funky End Of The Fringe! ~ Adelaide Fringe 2019 Interview 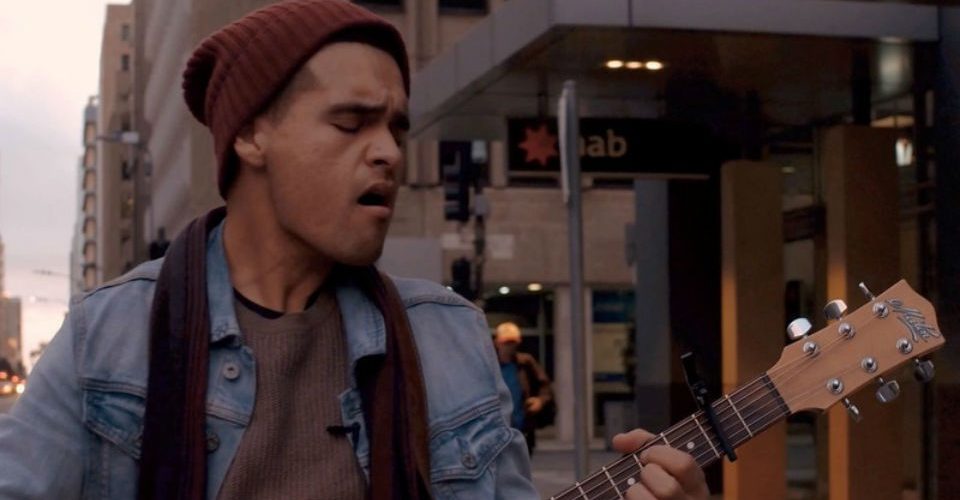 Adelaide band Local Revolution has toured Australia extensively performing at major Festivals and venues including headlining Adelaide’s 2016 NYE at Elder Park in front of a crowd of 40 000+, and has landed supports for Maxi Priest (UK), Justin Timberlake’s World Tour support, Common Kings (US) and in 2017 was the local opening act for Santana and The Doobie Brothers at Botanic Park.

Now they have two different shows in this year’s Adelaide Fringe. We speak with lead guitarist and vocalist Lenin Marrón, via email, to find out the difference between the two shows:

“The Revolution ‘Drive That Funky Soul’ is on at the Marion Cultural Centre on Sat 2 Mar, and is a tribute to Funk & Soul. The show is themed around James Brown but also includes our own take on classic and new school songs. But, there is a twist! There are no rules. The band knows all the songs but sometimes the Funk Train goes off the rails and wherever the energy flows, the music goes – mashing up and remixing songs with our own grooves, improvising, even making up songs and chants on the spot as we go. It all really depends on the energy of the crowd. Also expect funky costumes and feel free to dress funky too!

“What’s Going On? is also on at the Marion Cultural Centre but on Thu 7 Mar. It will be a beautiful night of celebrating original local music, featuring solo and band performances by myself, Chris Finnen (who we just added to the line-up), Local Revolution and other guests. It’s also themed on Marvin Gaye’s ‘What’s Going On?’ and is a chance for us to reflect on what’s going on in the world and how we can make it a better place. One way, I believe, is through coming together through music and sharing stories.

“One thing I love to do is take people on a journey with music, so expect to be taken from Jamaica, to New Orleans, Latin America, Africa, Aboriginal Australia, Funkville and more!”

So, Drive That Funky Soul will be a high energy gig? Will there be room for dancing?

“You bet! Think James Brown high energy! The dance floor will be the place to be. It’s a funk soul RnB party so we expect everyone to be moving and grooving. There will be seating for those that must sit but not recommended.”

Who will be playing in the band?

“I’m very lucky to be surrounded by some great musicians who are highly respected in the Adelaide music scene and jazz community. Captain Wade Nixon on the drums, Neil Palmer on bass, David Goodwin on lead synth and trumpet, Benjamin Finnis on guitar, Ben Gatehouse on vocals, Andrew Casey on keys and Daniel Gibbons (the original horn of revolution) on sax. Love these guys and what they bring!”

You will be playing many of your favourite songs. Will people be familiar with the music?

“Yes they sure will. We will be paying tribute to the greats of funk and soul while also covering some of our favourite ‘90s and contemporary hip hop, RnB, pop artists. Expect lots of James Brown, Stevie Wonder, Bill Withers, Santana, Michael Jackson, Bruno Mars, Justin Timberlake to name a few.”

What’s Going On? features your original songs. Does this mean it will be a quieter show?

“It will start quieter and more chilled, but Local Revolution will be finishing the night off and they are high energy Afro Funk Roots for those that know us. We will finish the night off with dancing and good vibes.”

After performing for so long with a high energy band, what is it like for you to perform in solo mode?

“I love it. It’s a different feeling and I love both. Going solo allows me to enter more intimate settings, to feel and express music in a different way. It also gives me freedom to experiment with my own sounds and storytelling. It’s just me. I still use the band to back me up with my solo songs when the gig allows it too.”

How would you describe the style of your solo songs?

“Intimate and high energy soul, blues, RnB, folk and Reggae vibes mixed with acoustic and electric sounds. Does that even make sense? I hope so because that’s what it is. I also include some elements of looping.”

What sort of things do you like to write about? There is a social justice theme to a lot of your writing?

“Yes, especially with Local Revolution and there always will be until there is no need to speak out for social justice. But I’ve narrowed it down to LOVE. That’s what I’m focusing on right now, whether it’s personal or universal love; love for oneself, hard lessons learned from love, love for your loved ones, love for the world, refugees, the homeless, sacred land, indigenous culture, the environment, animals, absolutely everything. The universe revolves around love and right now it’s what is lacking in this world. Social Justice and love go hand in hand. I’m enjoying writing from this perspective.”

Who else will be playing at What’s Going On? You will also be featuring Local Revolution at this show?

“I’m excited to announce my good friend Chris Finnen will be joining me on this show. He is an incredible, guitarist, musician and human being. So excited to have him play some originals and also join me and the band for a jam. Local Revolution will be featuring as my backing band in some of my solo songs, then finishing the night off. I will also have talented singer-songwriter and friend Marco Micelli as opening act playing some originals to start the night off.”

These two shows are suitable for everyone?

“Most definitely! They will be family friendly events and all are welcomed. If you don’t like funk and soul, good vibes, dancing or chilling out to local original music then maybe it’s not suitable for you?”

The Revolution ‘Drive That Funky Soul’ performs at Marion Cultural Centre from 8pm on Sat Mar 2.
Book at FringeTIX on 1300 621 255 or adelaidefringe.com.au. Click HERE to purchase your tickets.

What’s Going On? performs at Marion Cultural Centre from 8pm on Thu Mar 7.
Book at FringeTIX on 1300 621 255 or adelaidefringe.com.au. Click HERE to purchase your tickets.