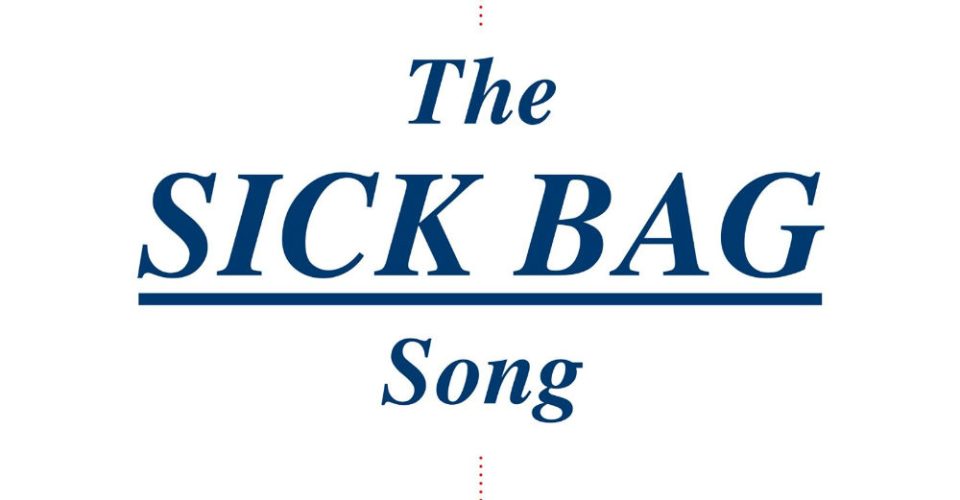 Not a work of fiction like his And The Ass Saw The Angel and The Death Of Bunny Munro, this one-of-a-kind description of life on the road as only Nick Cave could experience it supposedly began life as a series of notes, dramatic doodles and occasional agonisings scribbled upon 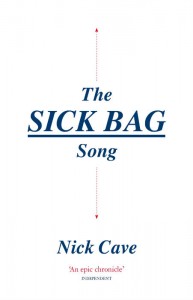 airline and bus sick bags (although surely these PC days they’d refer to them as ‘stomach distress bags’, but somehow The Stomach Distress Bag Song isn’t quite as striking a title).

Cave visited 22 cities in 2014 and we’re right there with him as he hits upon the sick bag idea, addresses his muse, dodges autograph hounds, is inspired to write fragments of poems and songs, worries about why his wife isn’t answering his phone calls back in England, flashes back and forth, falls sick (rather fittingly), hangs out with his band, criticises his personal onstage performances and, as he’s Nick Cave, goes on and on and on in trademark style about love, hate, pain, death, romance, illness, guts, the whole icky human condition and other graphic topics.

There’s a passage about procrastination as he kicks himself for artistic stagnation; prose about the glories and horrors of civilisation; a lot about how much he’s getting fed up with touring (and as he’s 59 this year that’s probably not surprising); a funny bit about meeting Bob Dylan (a fan, apparently) at Glastonbury in 1998; and an underlying sadness as we know that all of his playfully egotistical joking will run dry when he returns home and, in 2015, suffer the most terrible family tragedy.

Nevertheless, fans will eat this one up… and perhaps vomit with glee? With Cave you just never know…