THE STRANGER IN THE LIFEBOAT by Mitch Albom: Lord Help Us! ~ Book Review 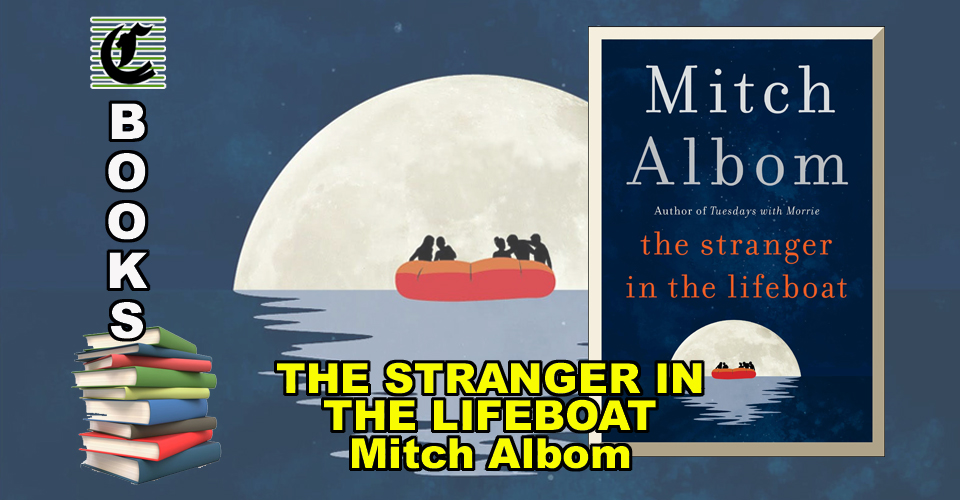 Albom’s newie is, like all of his work, full of sometimes rabidly religious detail (even his most famous novel, Tuesdays With Morrie, isn’t free of them), and yet unbelievers still might be able to make it through alive, if only to see where the Hell it’s all going.

After a billion-buck cruise ship owned by the fabulously wealthy Jason Lambert sinks in the Atlantic, sending ex-presidents, technology entrepreneurs, movie stars and assorted celebs to the bottom of the sea, Lambert and nine others wind up adrift in a lifeboat. And yes, how exactly a craft full of such bigwigs somehow had no other attendant ships nearby, or seemingly enough lifeboats or lifejackets, are questions you shouldn’t be asking, or else the plot won’t work.

Three days later, they pull a mysterious man aboard and he announces, “I am the Lord”, and although he seems to bring at least one of them back to life and calm an approaching storm, he doesn’t do anything truly helpful like, you know, conjure proper food or attract rescuers.

The narrator of these sections is Benji, a deckhand supposedly writing his account in a notebook despite the fact that he’s starving, dying of thirst and almost expiring from heatstroke. And yet he scrawls away, and in very writer-y fashion, about what happens in the lifeboat, and how the Lord puts the survivors through a series of near-tortures to prove that he really is the Lord. Which, come to think of it, isn’t very Lordly behaviour.

The other sections here concern policeman Jarty LeFleur, a Monserrat policeman who finds the lifeboat aground a year later and, despite the sheer unprofessionalism of it all, keeping Benji’s diary a secret. LeFleur is also haunted by the tragic death of his little daughter some years beforehand, but he still gets a shot of faith from reading the account of what happened on the lifeboat, even though, in his case, the Lord could have showed him previously that He was real by not killing LeFleur’s daughter.

But yes, as a wise man once said, you’ve gotta have faith.