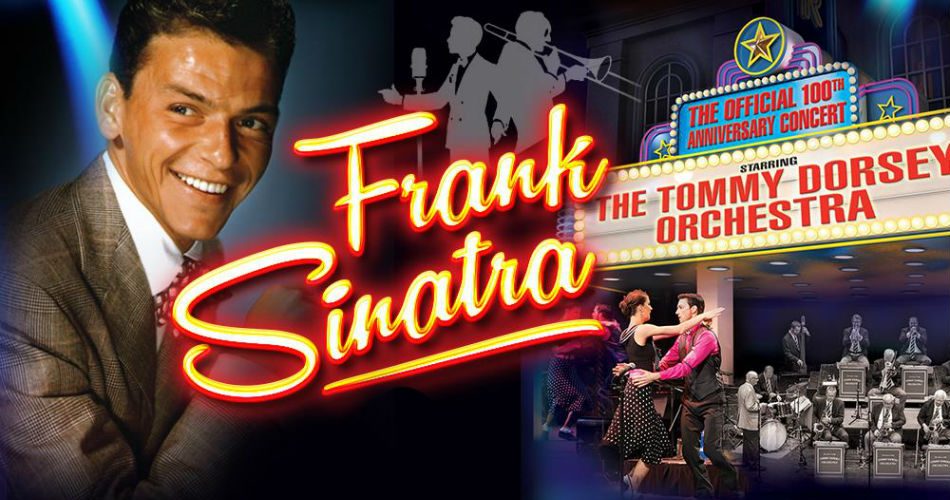 Tommy Dorsey is one of the most influential names from the Big Band, swing, jazz era of the 1940s and ‘50s with more than twenty hits on the American charts. As a jazz trombonist, trumpeter, bandleader and composer, Dorsey created his own rich, uplifting and timeless sound introducing the young, unknown crooner, Frank Sinatra as his lead vocalist. Dorsey’s biggest hit, I’ll Never Smile Again, launched Sinatra into a career that made him one of the most famous names in the western world, topping the American Billboard charts for twelve weeks.

Today’s version of The Tommy Dorsey Orchestra is touring Australia for the first time, featuring the highly accomplished Bryan Anthony as lead vocalist. Bryan happily tells us about the show that celebrates the 100th Anniversary of Frank Sinatra.

“In this show we incorporate some of the big hits The Tommy Dorsey Orchestra [TDO] had on their own and also celebrate the musical legacy that Frank Sinatra left us, not only with The TDO but throughout his career,” he begins.

“We start in the 1940s when Sinatra was with Dorsey, and then move through to the ‘50s when he was at Capitol Records and sang songs like All The Way and I’ve Got You Under My Skin. The 1960s saw songs like The Best Is Yet To Come, Luck Be A Lady and The Summer Wind with Count Basie, while the ‘70s and ‘80s have I Did It My Way and New York, New York.

“I’m not going out there as a mimicker,” Bryan says. “I don’t pretend to be Frank Sinatra, but we do celebrate his musicality, his phrasing and his interpretation of a song. That is the most important thing.”

There are twenty musicians, singers and dancers in the show. How is that structured? 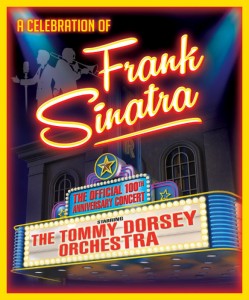 “We have sixteen musicians playing, a female vocalist and myself, and two dancers who come out for several numbers. There’s really something for everybody; if you’ve never heard this music played live before then it will be a real thrill to hear that many musicians on stage. It doesn’t sound dated; it’s very fresh and you can’t help tapping your feet. Everybody’s out there having a good time and this music brings a lot of happiness to people.”

You have been involved in another show about Frank Sinatra – Our Sinatra – that ran for two and a half years.

“Yes, it was an off-Broadway show in New York which won several awards there,” he says. “Both of these shows celebrate the music of Sinatra without getting involved with personal things about his life. He always picked such wonderful songs, so it’s a quality body of work.”

Is it fair to say he is one of your favourite influences?

“Absolutely!” Bryan affirms. “I am a Sinatra-phile; I collect a lot of his memorabilia, have read a lot of the books, and I was even a member of several Frank Sinatra fan clubs, so this is more personal than any other show I’ve ever been a part of; I do my best to keep his music alive and present today. I’m in my 30s, so if this music can be so important to me, I know that it can be important to other people my age and younger, as well as the people who grew up with it.

“As human beings, we have the capacity to love and to lose love, to have the highest highs and the lowest lows and that’s all in this music, in the songs that Frank Sinatra sang as well as in the broader American songbook. It doesn’t matter what era you were born in. We can still have that connection to this music.

“The kind of records that, say, Tony Bennett and Lady Gaga do together really help this music stay alive, as they open up an entirely new audience,” he adds. “I mean, Lady Gaga’s fans probably never would have come across these songs otherwise. People find this music and then maybe go and look for other artists who are singing these songs. Every bit helps.”

You obviously have a very broad taste in music, including opera, musical theatre and jazz. What inspired your love of this genre?

“I was studying classical music at the Manhattan School of Music when I took a couple of years off right in the middle of my time at school and went on the road with The Glen Miller Orchestra,” Bryan replies. “We toured all across the States performing these wonderful songs. I fell in love with the sentiment of them – each song had its own little story – the melodies were so beautiful and so simple. We gravitate towards things that we are passionate about and for me it’s this genre of music. So, I went back to school, finished my under-graduate degree then got my Masters in jazz and contemporary music, where I could immerse myself in these songs.”

Do you have any projects or plans in the pipeline after this Australian tour?

“I have some more tours in America with The TDO,” he says, “and then I am putting the finishing touches on a new record I’ve made with a small jazz ensemble.”

Celebrating The 100th Anniversary Of Frank Sinatra – Starring The Tommy Dorsey Orchestra performs at Her Majesty’s Theatre from 7.30pm on Thu 8 Oct.

Tags:  All The Way American Billboard Big Band Bryan Anthony Celebrating The 100th Anniversary Of Frank Sinatra Count Basie Frank Sinatra Her Majesty's Theatre I Did It My Way I'll Never Smile Again I’ve Got You Under My Skin Jazz Lady Gaga Luck Be A Lady New York New York Nikki Fort Off-Broadway The Best Is Yet To Come The Clothesline The Summer Wind The Tommy Dorsey Orchestra Tony Bennett