THIS MUCH IS TRUE by Miriam Margolyes: Wicked Child! ~ Book Review 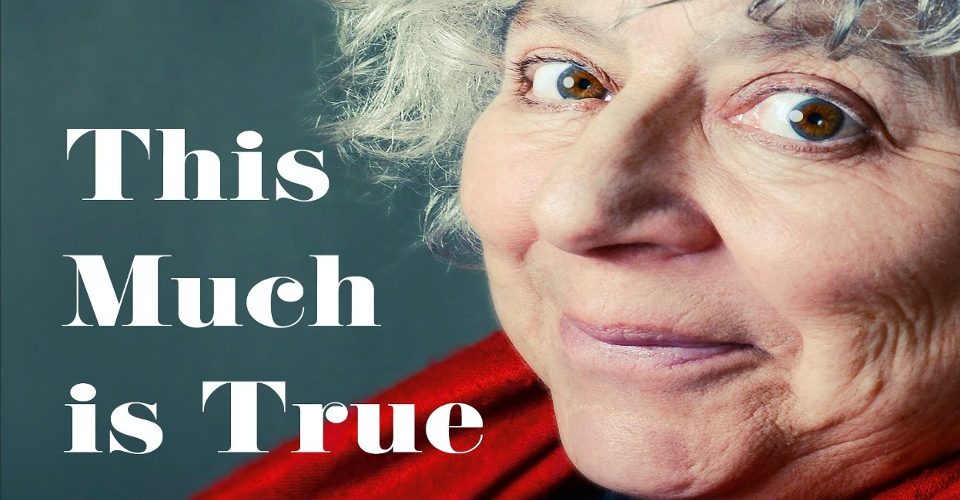 The marvellous Miriam finally pens an epic, no-holds-barred (of course) memoir, mostly written during lockdown last year, and the result is a wonderfully rude and funny yet also, at times, deeply sad tale.

“I’m quite sure you picked up this book hoping I’d make you laugh”, she writes early on, and yet this begins with long, fond and moving descriptions of her family, her beloved Mum and Dad, their relocation to Glasgow (her ancestors hail from Belarus and Poland), and many ugly experiences with anti-Semitism. So many adored relatives, friends, colleagues and lovers are mentioned, and so many have since died, but that’s not surprising given that Miriam is now 80 and, as she describes towards the end, rather falling apart.

Finally entering Cambridge in the early ‘60s, she mentions how the Footlights comedy guys at the time were legendary figures including John Cleese, Graham Chapman, Bill Oddie and the late, great Tim Brooke-Taylor, and, for pretty much the first time, she says something harsh: yes, they were “total shits” who thought she was “a jumped-up, pushy, overconfident, fat little Jew”. It is pleasing to note, however, that, years afterwards, Tim apologised to her for his horrible treatment, and they made peace.

There’s much talk of her stage work over 50ish years, but fans will want to hear about her film and TV roles, and she doesn’t disappoint: there’s Professor Sprout in the Harry Potter series; her part alongside Barbra Streisand in her Yentl; Mrs. Mingott in Martin Scorsese’s filming of Edith Wharton’s The Age Of Innocence; and several different roles in TV’s Black Adder, the most famed of which was arch puritan Lady ‘Wicked Child!’ Whiteadder. She expresses surprise that this last credit should be so endlessly loved, and the way in which strangers will shout quotes at her in public, but she can’t help but be pleased anyway. 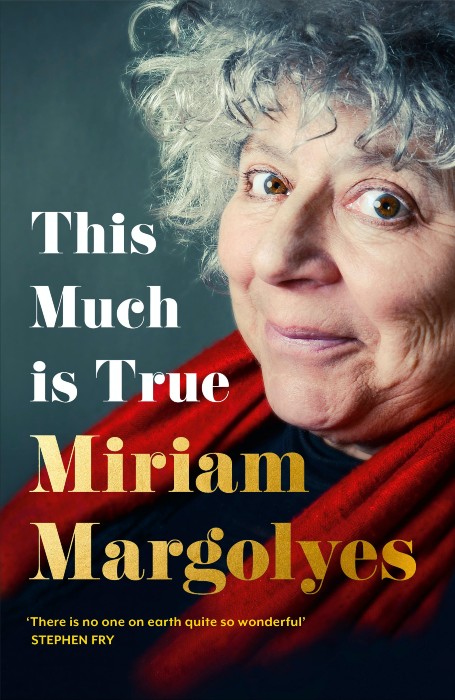 A long line of big names are given a good hard kick too: Glenda Jackson, with whom she appeared onstage in the ‘70s, was “horrid”; William Hurt is “an arsehole”; young Leonardo DiCaprio (her co-star in Baz Luhrmann’s filming of Romeo + Juliet) could be “quite nasty”, although they did do some sweet shopping trips together during the production; and Arnold Schwarzenegger was a real pig who, during the production of the Armageddon actioner End Of Days, farted in her face.

But was this payback for her enduring love of breaking wind? One memorable anecdote has her backstage with her pal Graham Norton at a Dolly Parton concert waiting to meet their idol, when she’s completely unable to stop emitting a huge blast.

And, as well as all the bottom-burping, there’s an awful lot of sex talk too, and while Miriam has been out as a lesbian for decades (and talks affectionately about her longtime partner), she did initially start out as straight – or at least to the point that she doled out a lot of blow-jobs, most of which were performed to make the men happy. And yes, penises are, as she states, “odd danglers”.

Much has been made, too, about one claim she puts forward about the death of cellist Jacqueline du Pré, who she says died by assisted suicide and not multiple sclerosis. This has been met with fierce debate and much doubt, and yet, as she plainly puts it, “How can I not be controversial?”

Well, yes. After all, this is Miriam Margolyes we’re talking about.