Thoroughly Modern Millie: She’s A Small-Town Girl Looking For Love and Living On Her Dreams at Arts Theatre – Interview 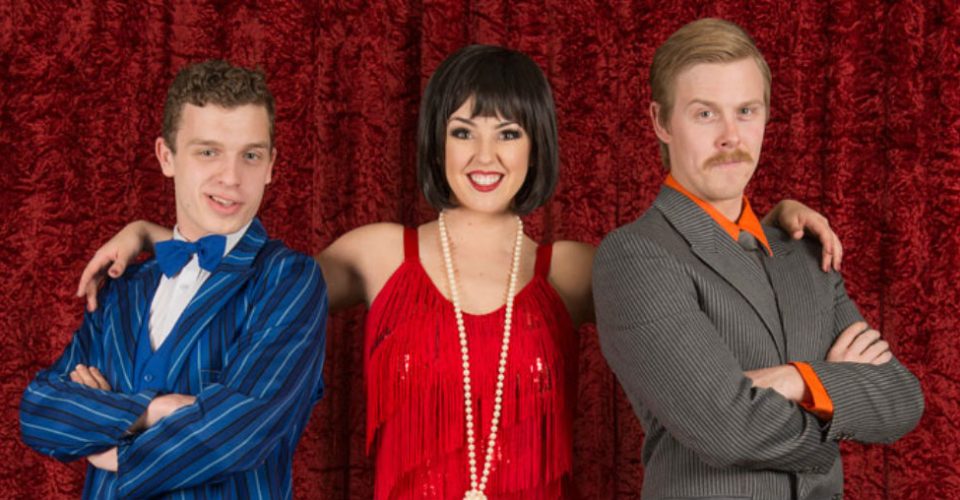 Founded in 1937, The Gilbert & Sullivan Society of SA originally performed only G&S operettas. However, in recent times they have branched out to include musicals and operettas such as The Merry Widow, Die Fledermaus, Les Misérables, The Sound Of Music and Oliver! This self-funding amateur society has provided a stepping stone for a number of singers who have gone on to professional theatre careers both nationally and internationally, and continues to present some of musical theatre’s best-loved pieces to Adelaide audiences.

We speak, via email, with Director David Sinclair as they prepare to dust off their sequins and step out to Charleston to present the multi-award winning musical comedy Thoroughly Modern Millie at Arts Theatre.

“It’s 1922, and small-town girl Millie Dillmount has just arrived in New York City, ready to make her dreams come true,” David begins. “Millie’s plan is simple: find a job as a secretary, find an eligible bachelor, and then marry him. Millie sees herself as a ‘modern’ girl and ‘for today’s new modern woman, love has nothing to do with marriage’. However, it doesn’t take long, for Millie’s ‘thoroughly modern’ plan to go awry.

“Not only is her conniving landlady (Mrs Meers), who also happens to be the ring leader of an international white slave trade syndicate, plotting to kidnap Millie’s best friend and sell her into slavery in Hong Kong, but also her new, wealthy and handsome boss seems entirely uninterested in her flirtations, and – worst of all – the man with whom she falls head over heels in love, doesn’t have a penny to his name.

“Winner of six Tony Awards in 2002 including ‘Best Musical’, this hilarious, bright and charming musical comedy is a heartfelt valentine to New York City and the people who love her.”

As a director, what attracted you to presenting TMM?

“The 1967 movie starring Julie Andrews, Mary Tyler Moore, Beatrice Lillie and Carol Channing has always been a long-time favourite of mine,” he says. “I was very fortunate to be in New York soon after the Broadway production opened in 2002 starring Sutton Foster as Millie which was her first Broadway lead role. There was a lot of hype at the time about this new Broadway musical theatre leading lady.

“Sutton Foster had been thrust ‘front and centre’ into the spotlight replacing the original actor who was cast in the role, during rehearsals shortly before it opened. She was an instant hit with critics and with audiences, as was the show.

“I had such a great time watching this wonderful production not just because the show is so entertaining, but also you could tell Broadway had discovered another hugely talented lead,” David says. “You could feel it from the stage and from the audience. I remember the buzz from the audience at interval and from the well deserved standing ovation they gave the entire cast.

“Thoroughly Modern Millie is pure entertainment. It has it all – great music, great dancing, great comedy with heroes, heroines and villains and at its centre a story of love and romance.”

It’s sometimes amusing how both life plans and love plans don’t quite work out as we hope. How does Millie cope with these unforeseen developments in her life?

“In many respects Millie is her own worst enemy,” he says. “She can’t see the wood for the trees. She comes from a small Kansas farming town in the middle of “wheat-belt” centre of the USA, where farm life is the only way of life to live. Her determination not to follow the same path of all those around her is to make the biggest move and change possible and that is to move to the biggest and brightest city in the world NYC.

“Millie has a plan and no matter what happens she is going to stick to it. But, the more she tries to stick to her plan, the more it unravels, life just gets in her way, villains, kidnappers and white slavery gets in her way and then finally love gets in her way. All these obstacles conspire to derail Millie’s plan with very funny and outrageous results.”

How big a part does Mrs Meers play in Millie’s life?

“The Evil Landlady, Mrs Meers, is an absolute gem of a character. Much of the comedy in the show is centred around this person and her devious criminal acts. The actions of Mrs Meers brings about all the circumstances which ultimately bring Millie and Jimmy together.”

Tell us about New York Film Academy graduate Alana Shepherdson in the role of Millie Dillmount.

“I think we have found Adelaide’s own Sutton Foster in Alana,” David says. “We initially held group dance auditions and we had an incredible turn out. Alana was totally unknown to me and this was the first time I had seen her perform. There were about 20 people in her group. I was blown away by her audition. Her look, style and movement were mesmerising and I remember thinking to myself I hope she can sing and act as well as she looks and dances!

“Her individual audition for vocals and dialogue also blew me away and I knew then we had our Millie Dillmount.

“Buddy is having a blast with Trevor who, to the dismay of Millie and her romantic advances which he never notices, falls head-over-heels for Miss Dorothy,” David says. “One of Buddy’s songs The Speed Test is a deliberate ‘steal’ from Gilbert & Sullivan’s Ruddigore; a number which will definitely thrill the G&S fans and diehards.”

“Live theatre in Adelaide has never been more exciting or been of such high standard, in particular those productions mounted by amateur groups, non-professional organisations and community groups,” David says. “These amateur companies have launched the careers of many talented professional performers and theatre technicians. They employ, educate, entertain and provide a means of artistic expression and social comment, all of which contribute to a healthy society. It is so important for these companies to continue to exist and grow, which can only happen if they are supported by an audience. Come to the theatre and feed your soul!”

Tickets at gandssa.com.au and 8447 2739 or book at BASS. Click HERE to purchase your tickets.