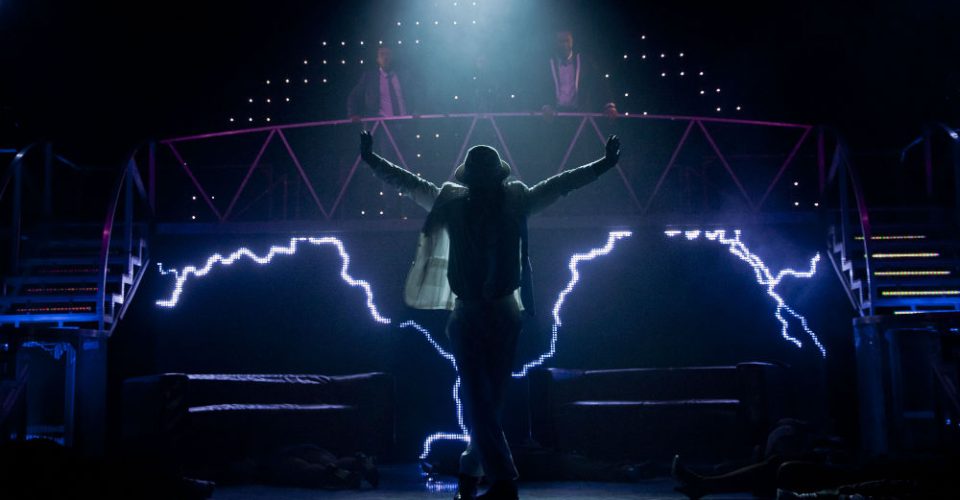 Thriller Live is the concert spectacular that has been taking London’s West End by storm for the past six years, making it the 20th-longest running show in the history of England’s theatre precinct. With more than two hours of hits from the extensive music catalogue of Michael Jackson and The Jackson Five, Thriller Live pays homage to the 45 years of song and dance in Jackson’s illustrious career!

Joining the London touring cast of Thriller is Australia’s Prinnie Stevens who has been very busy since her time on The Voice Australia. She went on to appear on Celebrity Apprentice before releasing her album through Universal Music and then working on The Voice Kids. We speak with Prinnie and askhow she came to be involved with Thriller Live. 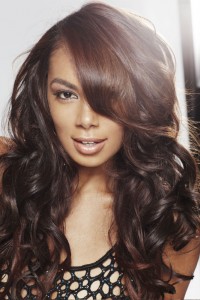 “They reached out to me and asked me to audition for the show,” she begins. “The process was a little different to what I’m used to because of the long distance of them being in London, I had to send over videos. I sat at my computer and recorded myself – probably about 25 times – and then I picked the one I liked the best and then I pressedsend. And then I panicked about whether I sent the right one or not [chuckles]. Obviously, with musical theatre, then they like to see how you cope with direction so they email back and ask you to change bits here and there and then send it back to do it all over again.

“I was lucky enough to have worked with Gary Lloyd, the director, before on Oh What A Night! and John Maher the musical director on Rent – which was my very first musical straight out of school. Even though you do the long-distance audition process, I think having worked with them before is crucial because they know your work ethic and how you perform on stage.”

Was musical theatre something you planned to do as part of your performing career?

“I went into musical theatre straight from school when I go poached to perform in Rent, which is not your text-book musical theatre show,” Prinnie replies. “It’s more of a rock musical which was groundbreaking when it first came to Australia. I definitely fell into that, and then did five other shows afterwards, including Footloose and Oh What A Night! A Musical Tribute To Frankie Valli And The Four Seasons.

“Following that, I was offered another show but I knew that musical theatre wasn’t what I really wanted to do. I wanted to perform pop music and have a recording career. I headed over to New York and got a recording deal over there and then came back home to do The Voice.” 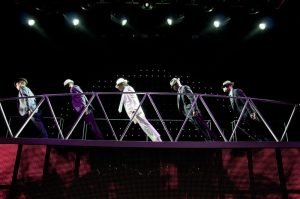 At the time of speaking, Prinnie was preparing to head over to London to start rehearsals and open on the West End.

“I saw Thriller Live a few years ago in London so I know all about the show,” she says. “It’s a fantastic show and what I love about is that no one is trying to play the role of Michael Jackson; we’re all paying homage to him with the vocals being shared between five singers – three males and two females. Because of Michael’s vocal ability, you really need to have both men and women singing; his range was so insane. He ruled the charts in pop, rock and R‘n’B so they’ve found great singers of all those musical styles. We’re not all like Michael Jackson; we don’t have the ability to excel in all three genres like he did.

“The current West End cast are having a break for two to three so we are jumping in to perform it there before we come back to home to start the Australian tour in Perth. It’s really amazing. Thriller Live has been running for seven years and is the 20th-longest running show on the West End, and I know that it is moving up that scale very quickly.”

Is Thriller Live presented like a concert or in the form of a play with characters and narrative? 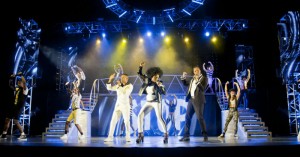 “It’s definitely more like a concert,” Prinnie says. “There’s not so much of a narrative but more of a mix of all his songs that is shared between the vocalists. There is no one role of Michael Jackson being played by anyone. It’s our version, our interpretation and celebration of his life and his music. You won’t see anyone dressed in Michael’s outfits pretending to be him, and no one is performing the role of family members either.”

The original concept for Thriller Live was created by Adrian Grant, a long-time associate of Jackson and author of Michael Jackson – The Visual Documentary. With Michael Jackson being very much involved in the writing process, we ask Prinnie if she knows what his family thinks of the show.

“I know that Adrian Grant spent a lot of time at Michael’s house and that Michael attended most of the workshops for the show. His family very much approve of the show; I know that Tito has seen it a few times and most of them have been very involved in the process. 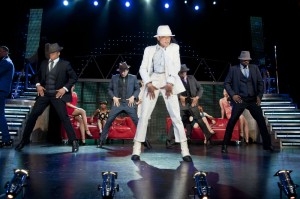 “I love that we are opening on New Year’s Eve in Adelaide. It’s a great summer show, it will be school holidays and kids will love it,” she declares.“My daughter has seen the show and she had a great time. Not only will kids get educated about Michael Jackson, but I can guarantee you that they’ll all get on YouTube and watch all the amazing original videos that made – which were all so groundbreaking. To me, it was the music, the videos, the singing, the dancing and the acting – the whole package – that really changed my life. Being that triple threat is so inspiring to many young artists.

“This is such a great family show,” Prinnie adds. “It starts in the Jackson Five days with songs like I Want You Back and ABC – all those song that the parents and grandparents will remember. I’m singing a number of songs including The Way You Make Me Feel, I’ll Be There, Blame It On The Boogie and so many more.

“Michael actually has an album out now,” she concludes, “and has recently released a single with Justin Timberlake that my daughter knows and loves. His music is really satisfying to for the 7-year-old to the 70-year-old.”

Book at BASS on 131 246 and bass.net.au. Click here to purchase your tickets.