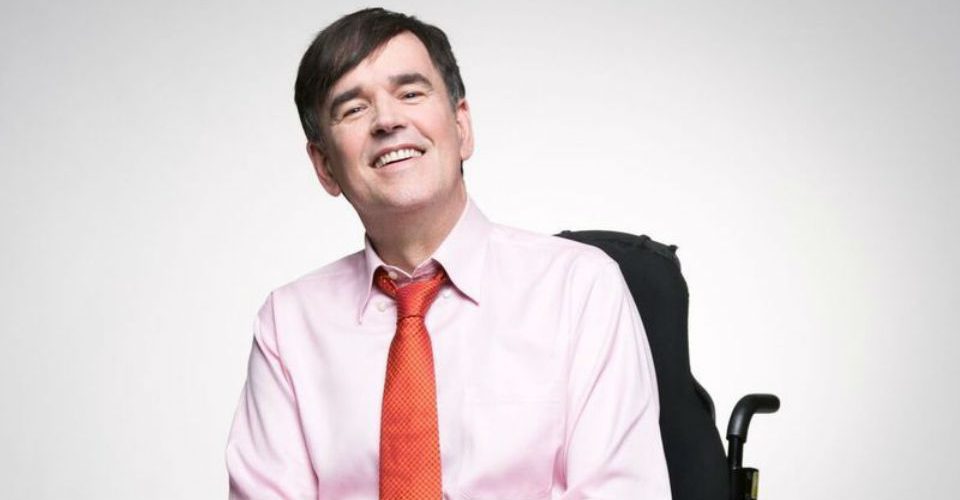 Presented by Serious Comedy, Tim’s story will make you laugh, cry and seize the day. From touring the world in the Doug Anthony All Stars (DAAS) to his life as a commercial network TV star and now an international teacher of screen comedy, and through it all, Tim has defied the challenges of Multiple Sclerosis (MS).

Despite his condition, Tim’s has vowed to never stop making audiences laugh. And since he got wheels he has gone even faster! 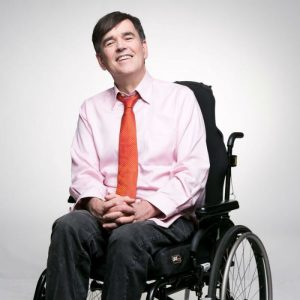 You will be entertained, touched, fascinated and ultimately uplifted as Tim takes you through his “Fast Life” with hilarious stories, breathtaking insights and his trademark wicked humour.

Starting to experience symptoms of MS when he was only 19, Tim announced he had the condition in 2010 on an episode of ABC’s Good News Week to explain why he was using a walking stick. In 2012 he wrote and performed Carry A Big Stick (an allusion to his MS) at the Melbourne International Comedy Festival.

In 2014, Tim joined Paul McDermott and Paul Livingston to reform the Doug Anthony All Stars with Livingston replacing Richard Fidler as the group’s guitarist. The reformed DAAS went on to win the prestigious Spirit Of The Fringe Award at the 2016 Edinburgh Fringe.

Tim’s condition has since progressed further and he now uses a wheelchair. But as Tim says, “I don’t ‘suffer’ MS. It suffers me.”

The author of several books – his autobiography Carry A Big Stick: A Life Of Laughter, Friendship and MS and The Cheeky Monkey-Writing Narrative Comedy a comedy writing manual – Tim is also a lecturer in narrative comedy and screenwriting at New York University [NYU] and Australian Film and Television School (AFTRS). He is part of the Adelaide Fringe’s workshop program and will be running an all day workshop on Sunday 10 March at the Mercury Cinema. Tim says, “Don’t think you’re not funny enough to write comedy. Comedy is a craft – you can learn it! And production companies are calling out for trained comedy writers.”

Tim is a patron of MS Australia.

Tim Ferguson: A Fast Life On Wheels performs at The National Wind Centre – Exhibition Hall from 7.30pm from Tue 12 Mar until Sun 17 Mar.

For your chance to win one of two double passes to see Tim Ferguson: A Fast Life On Wheels on Wed 13 Mar, click HERE and tell us what you most love about Tim Ferguson and why you want to see his show.

YOU MUST BE A LIKER OF OUR FB PAGE… COMPETITION CLOSES AT 9AM ON WED 13 MAR. WINNERS WILL BE NOTIFIED VIA EMAIL.