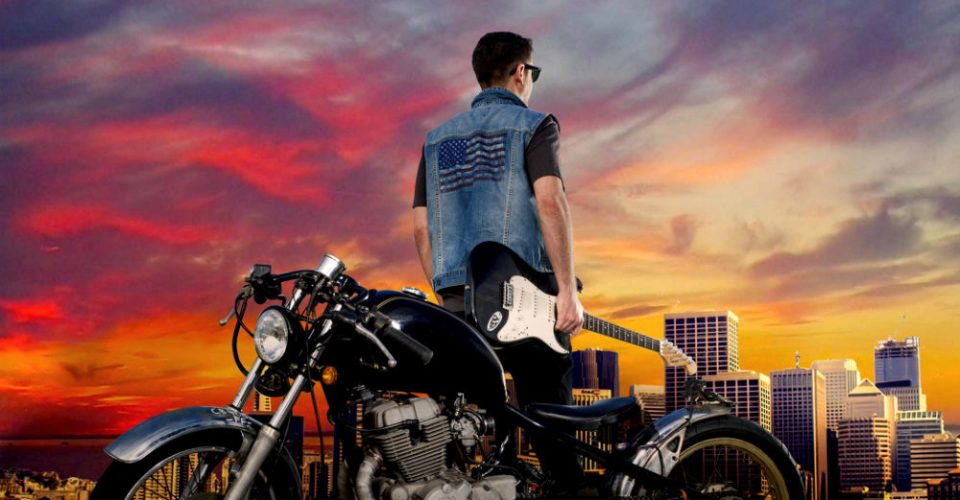 Toby Francis, actor, singer, writer and producer is bringing his award winning show Love and Death – The Songs of Jim Steinman to the Adelaide Cabaret Festival. A veteran of the stage with hits like Blokelahoma!, Dog Fight and Carrie: The Musical he also tours regularly with The Ten Tenors.

Toby speaks with Nikki Fort about his show and its music.

“Basically the show straddles the world between cabaret and a one-act play,” Toby begins. “It portrays Jim Steinman at a very tumultuous time in his life when he’d just finished Bat Out Of Hell and had a bit of a falling out with Meatloaf. I was very taken with this part of his story and also with his other favourite project; writing a rock opera based on Peter Pan. So I fictionalised a moment in his life based on actual events, but it’s more about how I imagined a man who is one of the greatest composers in his generation dealing with all of that, and processing it into something creative. It’s about self-worth, mainly.”

It seems to be part of being a creative personality, the struggle with self-worth.

“I think it’s part of being human, in a way,” he says.” I have friends who don’t work in creative industries who deal with that same thing, day in and day out. The instability of working in the arts magnifies it for us, but feeling lost, undervalued or frustrated seems to be a universal thing. That’s probably why Jim Steinman is so timeless, not just because he writes beautiful songs with amazing melodies but also because he deals with nostalgia a lot. He’s constantly looking back at the teen years and how perfect and imperfect love was and how hurt you could be, and there’s this romance to it that’s very relatable.”

What inspired you to write this show?

“Similar feelings to what I imagine Jim Steinman was experiencing so there’s likely more of me in it than Jim. I wrote it at a time when I hadn’t really lined up any work and didn’t know quite what to do. My fiancée and I had decided to create some work rather than wait for something to come along and that’s what started our production company and a new time in our lives.

“I was very frustrated because I wasn’t taking an active part in my own life and that’s why I was so taken with Jim Steinman’s story,” Toby says. “We were similar ages. He was in his early thirties and I was in my late twenties. That’s a time in a lot of people’s lives where you feel like you should have more of your stuff together and you don’t. When you are really lost, you have to start to walk with purpose.”

Steinman was a successful composer so early in his life. Do you think he was gifted or maybe just really obsessed by song writing?

“I’d like to imagine that it was both. He has said at interviews that he is constantly asked, ‘Who was it that hurt you? Who’s the girl you write about?’ and he says, ‘I don’t have any of that. There wasn’t a moment like that in my life’. But he was so obsessed by that theme. If you think about how he writes, it’s all about not wanting to grow up and staying a teenager; those are also the themes of Peter Pan. There is something that clearly draws him to those motifs and I think it’s a combination of having to pour that concept into something but also becoming obsessed by it.”

You couldn’t get much more of a dichotomy than Bat Out Of Hell and Peter Pan really.

“Some of the songs on Bat Out Of Hell actually come from his first version of the Peter Pan rock opera,” he says. “What’s appealing about it for me is that Peter Pan, in his time, was a bit of a bad boy. In the time that Jim was writing, that meant motor bikes, and drinking and sex and loud music.”

It still does, really. Josie Lane and Andrew Warboys are on stage with you. How did you all come together?

“I met Andrew Warboys and Josie Lane through mutual friends,” Toby recalls. “Andrew became my Musical Director when I was fresh out of University and first came to Adelaide with my show Blokelahoma! and we have been working together ever since. Josie has now become a very dear friend of my partner Lauren and me, and we never really got to work on anything together until this came up. Andrew Warboys does the voice of Hook and Josie Lane sings the songs for Wendy and Tinkerbell. I play Jim and also kind of play Peter Pan.”

What can the audience expect from the show?

“If you’ve seen the film Streets Of Fire or other ‘high-camp ‘80s rock, expect something like that,” Toby says. “There are no feather boas or anything but it is that style of very heightened and dramatic romance, and expect rock‘n’roll… real rock‘n’roll.”