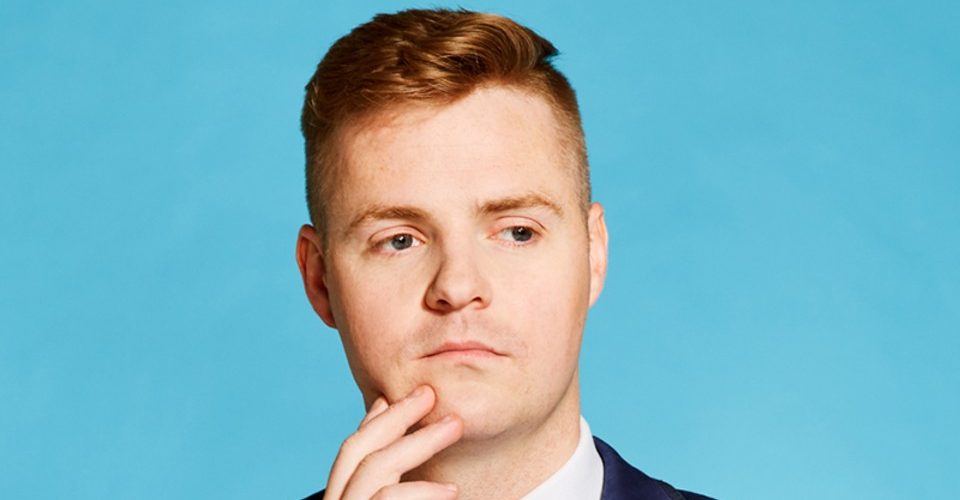 Tom Ballard is one of the biggest comedians in the country. By which I mean he is both very tall and very popular. Through his work on Triple J, constant touring and a year on the ABC’s topical (and prematurely demised) TV show, Tonightly he has become one of the country’s favourite stand ups and he is about to bring his latest show, Enough, to The Adelaide Fringe. It’s a show that covers the end of Tonightly, gay saunas, boomers and the current neoliberal economic order. Tom is an Uber in Melbourne and I am not.

Tonightly was a satirical political comedy show on the ABC four nights a week It was ambitious and confronting for some folk (let’s face it there was swearing….a lot of fucking swearing in fact). With all the other things that were going on at Auntie at the time, budget cuts, pressure from conservative quarters, they were skating on thin ice. It took the show a while to find its rhythm, but find it they did and just as they were making consistently excellent content they got axed. Strangely they were given three weeks’ notice which allowed for three weeks of the most insanely-no-fucks-left-to-give TV we’ve ever seen.

I wonder if losing a TV show is a bit like the end of a relationship. Everything is going well and then one day you come home and all your stuff is in boxes by the door?

“It’s a bit like that,” he laughs. “If in that relationship you are being paid money and you don’t have that money anymore and the person tells you that they are breaking up with you and then you have to do three more weeks of that relationship…on national television. It is similarly heartbreaking I guess, but the end was pretty fun. They told us on a Tuesday and then we had two and a half weeks to do whatever the hell we wanted to on air and waste taxpayers’ money. So that was great.” 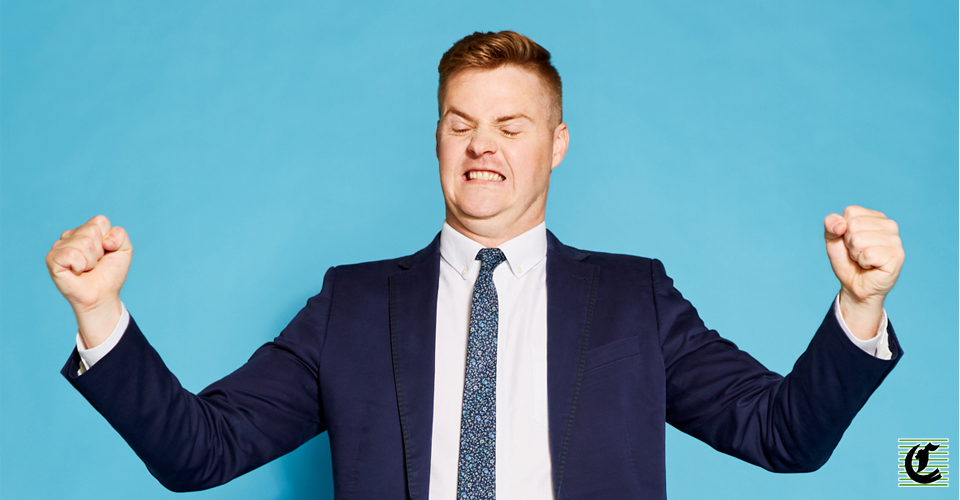 It was a shame because even before that last few weeks the show had really found its voice, and then that voice was smothered with a pillow.

“Well, that is very nice of you to say. There were things from week one which I am still very proud of but it did take quite a long time to become consistent, to figure out how to make a daily show, to have the team skills, camaraderie and courage to keep pushing out shows that we were proud of on a regular basis. But in those last three weeks we reached another level where we just didn’t give a fuck anymore. It’s a good life lesson, live your life like you are about to be cancelled!

“It was expensive to make and the ABC was under a lot of pressure,” Tom says, “and there were political pressures as well and I hope those things change soon. I guess it was good to finish before people got sick of us. And I get a lot of people telling me they wish it was still on and we were cut down before our time. But it was great we got to do it at all. We made 150 episodes and that is a lot of people doing a lot of work. It was a bummer, but I get my revenge by making jokes about it in my Fringe show!”

I was delighted to see the Wiki entry for Tonightly drops the C-Bomb and surely that doesn’t happen too often.

“My parents are very proud!”

Having to smash out so much material so quickly for the TV show, is a quite different discipline to doing a stand-up show where you have time to tweak and consider what makes a refined show. Did your background in radio help with the on-the-spot nature of a daily show?

“I think so. We realised the similarities and how disposable things are. So when the ball tampering thing broke we were about to go on air and we chucked out the script and basically did a whole show on the fly. It was really fun and exciting and felt like we were tapping into the zeitgeist, but two days later that story is gone and you have to move on. But we got to be first on air, with the best jokes about it.

“I must say, going back to stand-up and saying ‘Oh! – I can tell this joke again!’ was great,” he says. “I can tell it again next week and polish it and make it better and make it refined. I’ve never thought of what I do as refined, but I’ll take it! It was a great exercise in writing. We would have to write jokes about whatever was happening, so we did. Whereas with stand-up you don’t have to cover anything you don’t want to. Now I have a mindset that is, if I want to talk about a topic, I will find the jokes if I just sit down, come at it from three different angles and do the work, I’ll get something out of it. My method was always just write pages and pages of shit, which I know I can do because I made Tonightly, and then strip it back and edit and let things blossom into beautiful routines! 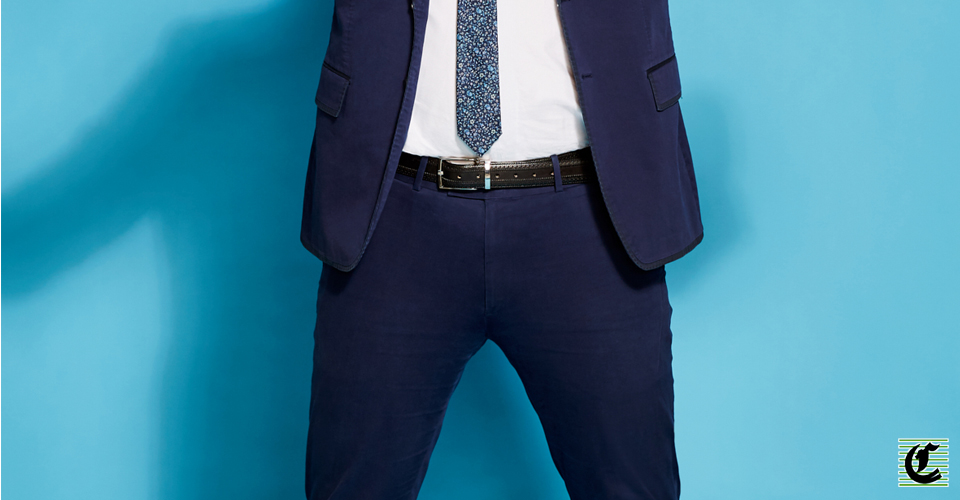 Did having the TV show alter the people who come to the live shows at all?

“I think it did to a point. People kind of get what I am on about quicker. When I talk about Tonightly, people know what that is and what we were trying to do on that show. So, I talk about the TV at the top of the show and that sets up some of the more political topics that pop up later.”

You have always had a political side to what you do and I hate when people say ‘oh the jokes must write themselves’ because of the car crashes that happen every day in politics. Does it make it harder to find the fun in it?

“Yeah, I think that is definitely true. Donald Trump is not funny anymore,” Tom says. “There is no ridiculous ‘topper’ you can do on anything he has said, because he has already done it. Surely his greatest crime is the fact he has made satire harder. There is real anger out there and I feel myself getting angrier every day and every year and occasionally I have to remind myself that I have to do comedy and push it into a funny place, to help people understand the anger and hopefully give them a little relief. Those people who read the papers every day, need reminding ‘Hey, you are not crazy. You deserve better, we deserve better and the people in charge are idiots’.

“I was in Edinburgh last year and any mention of Brexit was just being met with rolling eyes, because they were exhausted by the reality of it. So it’s not all that, the show does have jokes about my penis and shaving my back!”

What do you think the biggest misconception about you is?

“Oh my gosh! That is a deep question! I have no idea what people think about me. I hope they think I am funny. Some people probably think I take myself too seriously, which is probably true,” he says. “I think some people think I hate Australia, or that I am miserable or that I am a bleeding heart Lefty. Whereas the truth is I love this country very very much and I am really grateful for the life I get to live, but I do get extremely frustrated when I think about how things could be and how we could be so much nicer to ourselves and each other and the planet, but we consistently choose not to do that. It’s the thing that makes me the most annoyed I think, when you think of all the great things Australia has done and could do, but chooses not to do again, that is when I start yelling. What do you think the biggest misconception about me is?”

I guess sometimes when people know you off the telly, that version of who you are isn’t the same as the actual you, it’s an amplified version of the real you.

“The only time I get quite annoyed with ‘feedback’ is…people can think I’m not funny, that’s fine. Swearing was a big thing with Tonightly and I was guilty of using swearing too much and using swearing as a crutch when a joke wasn’t strong enough. But I get annoyed when people think swearing isn’t funny or can’t be used in a funny way, or that you are dumb or crass for swearing. All the people on that show worked quite hard to be clever about what we were doing. I’m an idiot about a lot of things, but I am not an absolute idiot. I read a lot and try and think about things a lot and even if I talk about some crass things it is possible to do that in an intelligent way. It’s my inner teacher’s pet going ‘I’m smart, everybody should know that I’m smart!’ 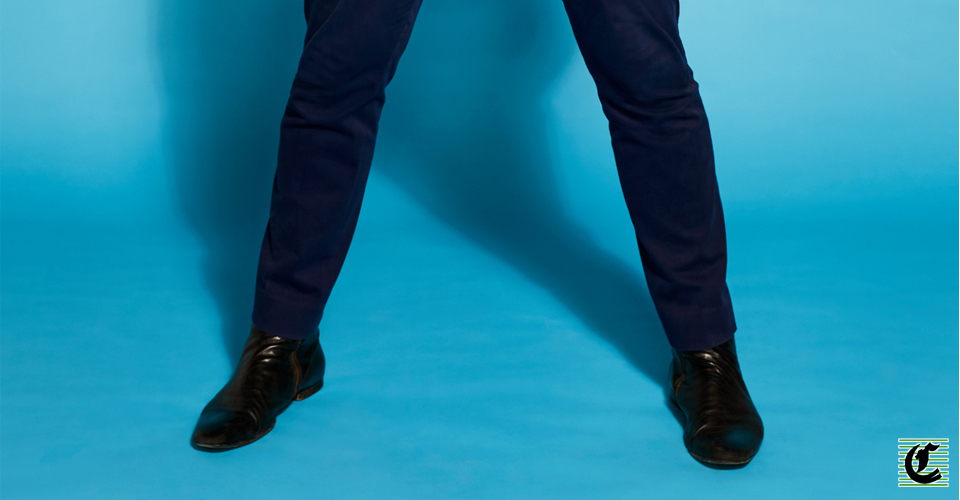 “The hypocrisy of the members of government, or right-wing people who supported immigration regimes which result in the torturing of innocent refugees children, who got outraged by my using a four letter word,” Tom says. “Let’s have some perspective, a comedian saying something a little bit rude versus people in actual power deliberately trashing any climate action or denying refugees or first nation peoples a voice, there is no comparison here guys. You are the bad guys and we are just a bunch of idiots, making a TV show nobody is watching.”

TOM BALLARD – ENOUGH performs at The Factory at The Garden Of Unearthly Delights at 8.15pm from Sun Mar 3 Feb until Sun 15 Mar.