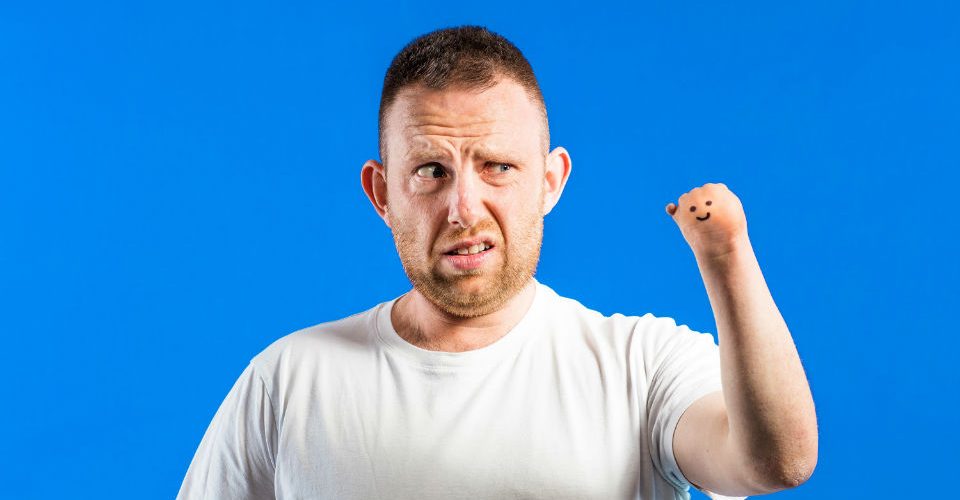 [ADELAIDE PREMIERE ~ AUS ~ IF YOU LOVE… TO LAUGH]

One-handed gay actor looking to act in a big Broadway musical; willing to do whatever it takes! Tom Campbell – NIDA Graduate, multi award-winning actor on stage and screen, and comedian – is desperate to get his big break. But until that happens, Tom makes his Adelaide Cabaret Festival debut with his stand-up comedy show One Hander. Show may include abuse, sweeping judgements, sarcasm and plenty of show tunes.

“One Hander is a show I wrote about people’s hilarious responses to my lack of hand,” Tom begins. “I was born without my left hand but the show is more about the rest of society than it is directly about me.”

In the seven years since you first wrote this piece, how has it evolved?

“The stories I tell through the piece have remained the same but the form has shifted considerably over time. This current version includes many more songs – mainly gay torch ballads. Who doesn’t love a ballad?!”

You have taken this show to London, Sydney and Edinburgh; how did people receive the show and did reactions differ from city to city?

“The show elicits different responses from city to city – depending on the audience,” Tom says. “The point of the show isn’t for sympathy; it’s for audiences to laugh. Some audiences struggle with how to respond but I love that struggle!”

You’re an advocate for people of mixed abilities; have you seen more acceptance, in general, or are you still astonished with the attitudes of some people?

“I’m never really astonished with people’s attitudes as we’re living in time where ‘fear of the other’ is so prominent. I feel sorry for those people’s lack of empathy and stupidity.”

What big Broadway musical are you desperate to be in if you had your choice, and why? “Parade. Or Into The Woods. Both are brilliant acting musicals.”

As you’ve grown older (although still a spring chicken), has your take on the world changed and do you think the world’s take on you has as well?

“I definitely care less about what people think of me,” he says. “I struggled with wanting everyone to like me for a long time but I’m very happy to have let that go. My life motto is ‘Have fun, be silly’ and I wish that more people would adopt that.”

What are your plans for the show going forward and what other projects have you got coming up?

“Straight after the Adelaide Cabaret Festival, I’m flying back Los Angeles to finish recording a podcast I do with Celeste Barber called Celeste And Her Best. I’m also appearing in Hayes Theatre production of HMS Pinafore at the end of the year in Sydney. I’m not sure if One Hander will happen again; it just seems to keep popping up every time I try to say goodbye to it.”

Is there anything else you would like to tell us about One Hander?

“The stories I tell in the show are uniquely original and very funny,” Tom says. “They range from stories about appearing in Downton Abbey, to gay sex parties to the wonderful Yoghurt Monster. Interspersed throughout are torch songs about my relationships as a gay man. It’ll be unlike anything else at the festival.”