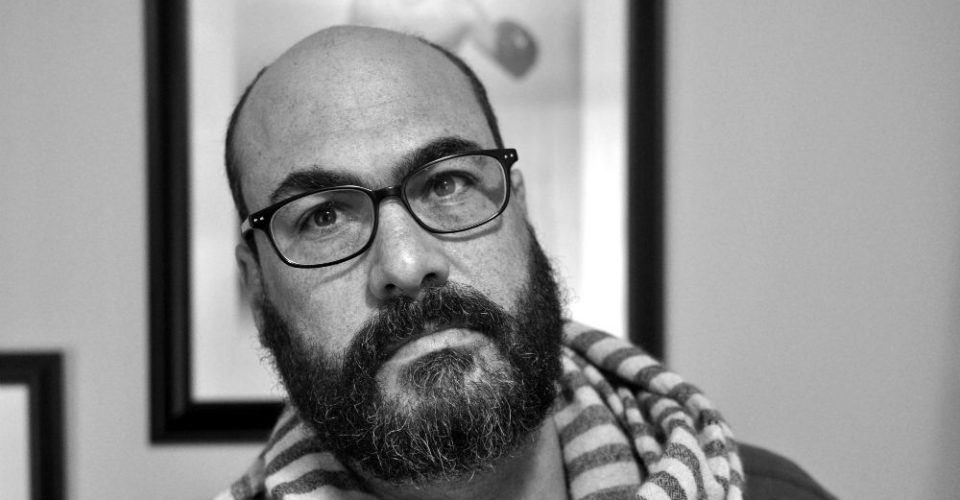 Adelaide Festival will boast the world premiere of The Who’s Tommy as part of its exciting 2015 program.

Tommy is a new work conceived by Hal Willner (the brains behind such tribute shows as Leonard Cohen: I’m Your Man, Shock & Awe: The Songs Of Randy Newman, Came So Far For Beauty, An Evening Of Songs by Leonard Cohen and Rogues Gallery) and musician Eric Mingus (pictured) who is the son of much-celebrated jazz musician Charles Mingus.

Tommy will feature Gavin Friday, Harper Simon (son of Paul) and Camille O’Sullivan and it was recently announced that Robert Forster, of legendary Australian rock band The Go-Betweens, will play the Father and follows the announcement of Yael Stone (Orange Is The New Black) in the title role.

Blow The Bloody Doors Off!! creator and musician Terry Edwards will now also join the Tommy ensemble, alongside the previously announced participants.

Adelaide Festival’s current artistic director, David Sefton, had first hatched the plan when working in Las Angeles some years ago and had then approached Willner and Mingus.

“It was when David was working at UCLA that we first met with him to talk about it,” Eric Mingus recalls. “That would have been back in 2010, but it’s all really fallen into place quite recently. But, yeah, it’s something Hal, David and I have been talking about for a while now. And David felt like Adelaide would be the place to do it.”

Sefton remarked at the launch of the Adelaide Festival program that Tommy came with the blessing of The Who’s Pete Townshend as he had noted that the band’s 50th anniversary tour would not be making it to Australia in 2014.

Eric then explains that he discovered The Who’s Tommy long after Wilner had done so.

“Hal has told me how he got the album as a kid and how he was taken into a whole new world,” Eric says. “But The Who didn’t fall into my realm until much later on. I was in my teens but, aside from hearing the hits such as Pinball Wizard, my first full hearing of Tommy was seeing an overblown stage production in the ’80s that had Phil Collins and lots of other guest stars in it.

“But I went back and listened to the album from there so you could say I came to Tommy in a backwards kind of way.

“And what we’ve done is more a tribute to the album rather than the film which came later and the Broadway production,” Eric adds. “It’s not referencing the film or stage show at all.”

Has Townshend’s music been rearranged into a more jazzier style?

“No, I would say it’s going to be jazz,” Eric reveals. “There are some jazz influences, but it doesn’t stay with one genre. We’re working with lots of different feels at the moment and while some of that includes jazz, we are also using rock and blues and even some rock‘n’roll.

“I have been listening to the melody of each tune from Tommy and then been working on representing it in a different way to the original,” he adds. “I also need to work around the performers who will be doing the songs too, because I don’t want to throw something at them that isn’t their forte.”

“Hal’s huge rolodex has been a real gift because it’s so full of names,” Eric laughs. “But casting has been the trickiest part because there were a few people we considered and who really wanted to be in Tommy but the scheduling just wasn’t going to work.

“It was amazing how many people had other work booked around February time,” he add. “So we were lucky to get Harper involved and I’m excited to have Camille on board as while I knew of her work, I hadn’t previously worked with her.”

Are there plans to tour Tommy following its Adelaide premiere?

“We’re hoping so,” Eric says. “And Adelaide will present a great opportunity for us to really explore it and see how it works. But I’d like to tour it around a bit. And I’d love to see Tommy have a run here in New York.

“But, again, that will all hinge on availability,” he adds. “If Tommy were to tour, it would likely change.

“But I like what’s happening with this production because it’s really becoming a meld between New York and Australia,” Eric decides. “The band will be pieced together with musicians from New York and some from Australia so that what’s also makes it unique and exciting for me because I will be working with people I haven’t worked with before.

“And I want everybody in the show to have their own voice in it and really participate in it,” he then adds.

Eric has never ventured to Australia before.

“No, I’ve never managed to get down there before,” he says. “So I’m really looking forward to coming down. And February is not usually the greatest month to be in New York because of the weather.”

Eric concludes by saying there are a few other projects he is currently working on.

“I work with Elliott Sharp in a blues band called Terraplane,” he says of the combo that once boasted the late Hubert Sumlin on guitar. “I worked with them for years but then I left for a while. But for the 15th anniversary of The Berlin Jazz Festival they commissioned Terraplane to write a piece celebrating the festival so we are doing that.

“And I also work with my wife in a little duo,” Eric adds.

Tommy has its world premiere at Adelaide’s Her Majesty’s Theatre from 8pm on Thu Feb 26 (preview) until Sun Mar 1 as part of Adelaide Festival.