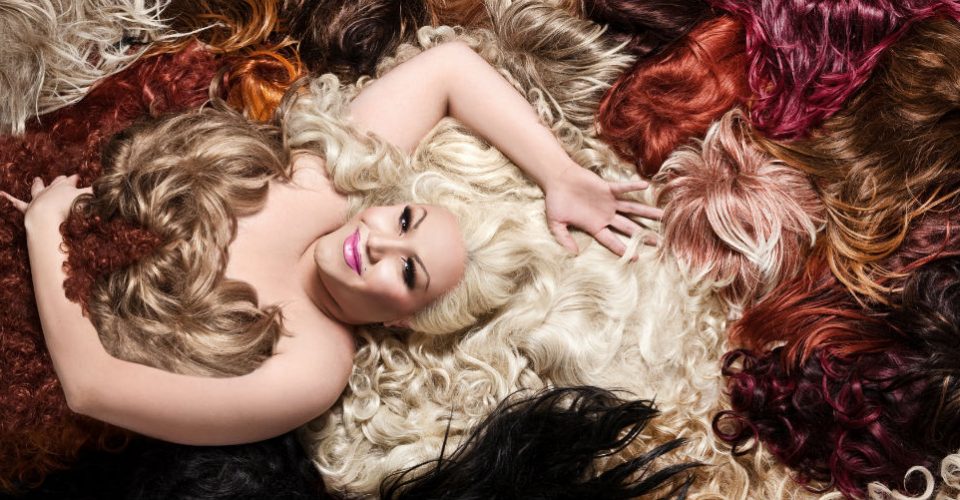 Trevor Ashley last appeared at the Adelaide Cabaret Festival was to perform Liza (on an E), a show which has taken him around Australia and the world, culminating with a season in London’s West End. Ashley is currently starring in Sydney as Thenardier in Les Miserables and previously has played Edna Turnblad in Hairspray, Franz Liebkind in Mel Brooks’ The Producers and created the role of Miss Understanding in Priscilla, Queen Of The Desert. Ashley is both the king, and queen, of iconic musical comedy roles.

The Clothesline speaks with Trevor via phone in between his Les Misérables performances, and discusses the multiple iconic divas he has to transition into on stage.

“Yes there are quite a few,” Trevor begins. “It’s basically done through wigs and parts of costumes that can be added and taken away in order to make me into all these girls. It’s a lot of fun. I really like playing them all.

“In Liza (on an E) where I played Liza Minnelli from beginning to end, I didn’t really get to speak as myself. In this show I tell the story of how I got into drag and how these women inspire me. It is a lot of fun and has many fabulous songs. I run the gamut of iconic divas!”

Who would you say is your favourite Diva?

“It’s so hard to choose!” he replies. “I have always loved doing Shirley Bassey though; she is very special to me. And Bonnie Tyler, because it is such a fun and an outrageous routine with a wind machine; I get to be a bit mad.”

What would you say makes a good diva?

“When I was putting together the divas for this show, I was thinking that they need to have a very memorable voice, as well as mannerisms that make that voice distinctive,” Trevor suggests. “I find these days there are a lot of pop singers who don’t have that quality. If they sang on a recording you would not know exactly who they were. For legends like Shirley Bassey, Tina Turner and Cher you can tell immediately who they are when they are singing.

“You also need to have the attitude as well. A diva has got to have her own way! This is what makes these women very memorable and why I like them all so much.”

Trevor goes on to speak about the iconic divas who he loves being in their 60s or older, leading us to ponder who will be the divas from today’s pop charts in 20 years.

“I think it will be interesting, because I don’t think a lot of these younger artists today are memorable in the same way,” he says. “I think Adele could be a diva. She has an outrageous personality and has a very recognisable voice. I think she will stick around and be seen as a proper diva in the years to come.”

You have created numerous cabaret shows, together with performing in musicals with large casts like Les Misérables. You obviously have a love for both?

“I do love doing musical theatre as well as doing my own cabaret work. Musical Theatre is so great because I get to be so different, especially currently in Les Misérables because I get to play something dark and dirty, a well as being something else that I don’t usually play in my cabaret shows: A Man!,” Trevor laughs. “I will have a shave again before June. I have had this beard for so long! Who knows what is up there at the moment!

“I also do love working with a cast too,” he continues. “In my cabaret shows I often don’t have anyone to play with! It is great to have someone like Lara Mulcahy who plays my wife in Les Misérables. She is such a fabulous partner-in-crime in the show.”

I’m Every Woman was co-written five years ago for the Sydney Opera House by you and Dean Bryant. How will the show change for Adelaide?

“Dean and I will work out if there is anything new or current that we have to add in. I am sure we can both work that out over a bottle of wine, which always helps the creative process,” Trevor says. “It is a late-night performance so you have to have a drink when you come to see it. It’s not a sober show.”

Have you had a look at the Adelaide Cabaret Festival guide yet?

“I know a lot of my fabulous mates will be down there; so many that I’m looking forward to seeing like Phil Scott, Marney McQueen and Ali McGregor. I can’t wait to see Barry Humphries on stage as well!”

“The show is a really great fun night with fantastic music,” Trevor declares. “It’s funny, fabulous, camp and has lots of sequins, wigs and costumes. It is the final weekend too so it is a perfect one to send you out with a party!”