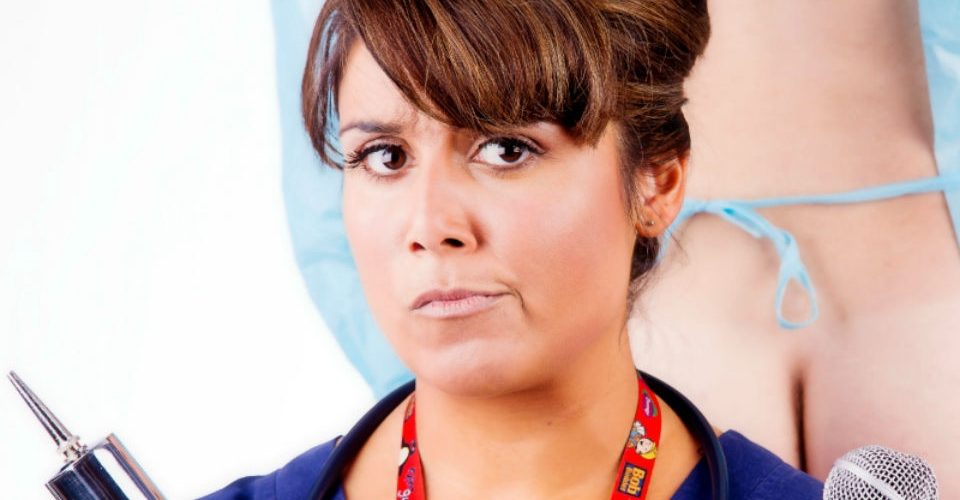 TRIAGE! A Nursing Cabaret returns to the Adelaide Fringe after a hugely successful run in 2016. It is as much a paean to the nursing profession as it is cabaret. Zuleika Khan loves being a nurse, but it has obviously run her ragged and left her with precious little ‘me time’. She decided to let the world know what the nursing profession puts up with and channel her frustrations into her childhood dream of being a singer.

Humour derived from the messy, dirty, and least attractive side of nursing was predictable grist for the mill, and the majority of the audience (many of whom were obviously nurses) clearly enjoyed the opportunity to laugh at something that felt a bit like insider jokes. But the show moved to another side of being a nurse – the psychological and emotional toll. 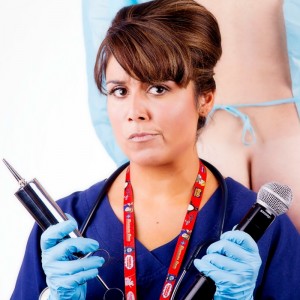 Nursing is one of those professions where people confront tragedy and deep sadness on a daily basis (“Sometimes I lose one”) and have to somehow find that place between genuine grief and a realistic hardness just to be able to return to work next day and do it all again.

Khan has great fun sending up the image of the sexy nurse, the reverence the public has towards doctors, the craziness of having to perform miracles with few resources, and their frequent encounters with incurable nutcases – all done with witty dialogue and a number of popular songs reworked with her own lyrics.

She’s a good singer who knows her limits, but who also sets the bar very high with some ambitious vocal phrasing that doesn’t always come off. A scene replaying her habit as a little girl of hiding in the car singing along with the radio is cleverly done, and segues nicely into the adult Khan singing Aretha Franklin’s Natural Woman.

Things get quite emotional when she talks about the toll nursing has taken on her life and her inability to maintain standards of professional and dispassionate care when looking after those dear to her. It’s a brave foray into her deepest feelings.

TRIAGE! A Nursing Cabaret is a curious show with an intriguing mix of comedy, song, irony, and sadness that covers a lot of emotional territory – it’s an engaging and instructive performance. It thoroughly deserves its accolades.

An intriguing mix of comedy, song, irony, and sadness.