A TRIBUTE TO THE SHADOWS – THE SHADOWCASTERS (Ft: DION ERMEN) ~ Adelaide Fringe 2020 Review 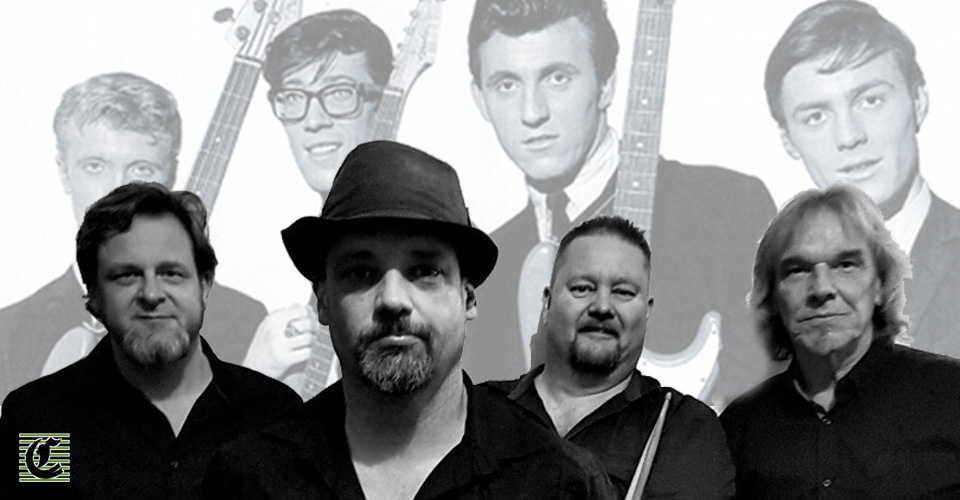 With the harmonious, instrumental sounds of the late ‘50s early ‘60s rock group The Shadows, The Shadowcasters grace the stage at the historical venue The Jade. What once was the factory of South Australia’s iconic company Balfours factory, the venue boasts beautifully preserved stonework interior walls and exquisite vintage charm throughout.

Adelaide’s very own, well known and extremely talented musicians The Shadowcasters consists of local busker and guitar virtuoso Dion Ermen on lead guitar, Baz Elliot on rhythmic guitar, Terry O’Neill on the bass guitar, and Paul Hounslow on the drums. Along the sidelines sit the wives and partners of the band members, with the team member for the band Violet Phoenix, quietly finding vantage points in the venue to record footage during the performance. Such footage can be viewed at The Shadowcasters Facebook page and on their YouTube channel.

The instrumental set commenced with a quick warm up by Baz and Dion of The Shadowcasters original, and fringe exclusive track Two Twenty Two. The melodious sound is immediately followed by all The Shadows classic hits, including the infamous number ones; Wonderful Land, Kon-Tiki and the second to none, Apache! Anyone in the audience that likes singing along, you are definitely at the wrong show.

Although mostly generational, the full house audience clapped, toe tapped and boogied along in their seats. With a dance floor in front of the stage, a few people got on their feet and displayed some moves. Most notably an amazingly talented couple who swing it back to the ‘60s at many of The Shadowcasters shows, whom did in fact swing it back to the ‘60s at this show!

A Tribute To The Shadows – The Shadowcasters (Ft: Dion Ermen) continues at The Jade, at various times, until Fri 13 Mar.