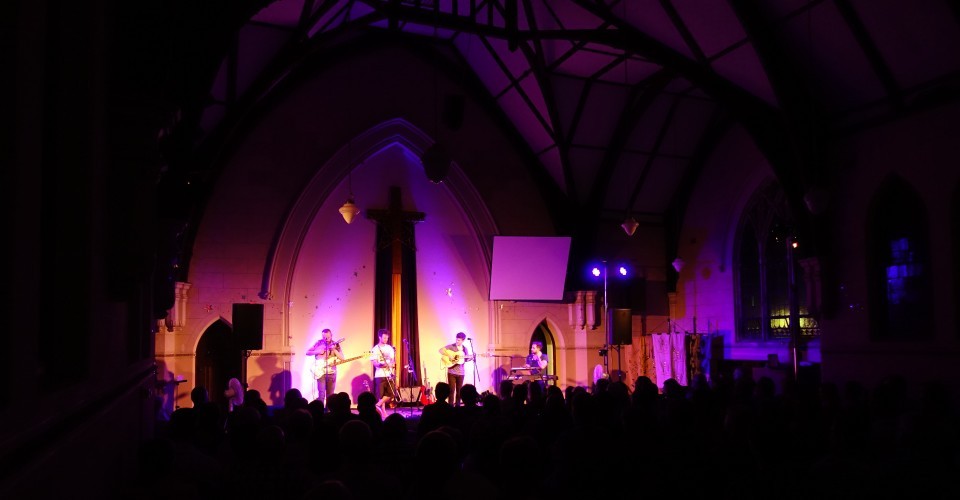 2022 sees the 20th anniversary of live music venue Trinity Sessions, known as a place where “the only thing you hear is the music”. It has a unique position in Adelaide’s live music scene, set in an operating Church where nearly of the concerts comprise artists performing original music and run by a passionate group of volunteers headed by Roger and Yvonne Freeman.

Roger and Yvonne saw an opportunity in 2002 for a different style of venue away from the traditional pubs and clubs where, instead of having to stand in smoke filled rooms (you could still smoke in venues back then), a comfortable seated concert style place could welcome artists and audiences to re-discover the magic of live music.

“The vision was to offer the same hospitality to audiences”, says Roger, “with a licensed bar, but providing a seated, acoustically beautiful space where the focus was on the music. This has been embraced over the 20 years of Trinity Sessions”.

From a small start with only four concerts in 2002 its popularity and the demand from performers has seen it grow to presenting up to 20 concerts a year.

The lineup has been impressive over the 20 years including internationals Arlo Guthrie, Lloyd Cole, Ralph McTell, Peter Asher and Albert Lee and Australian artists Russell Morris, Archie Roach and Ruby Hunter, The Black Sorrows, The Audreys, Shane Howard, Slava and Sharon Grigoryan and Courtney Barnett played an early gig back in 2012.

The 20-year celebration sees a focus on local bands that have been such an important part of Trinity Sessions with The Huckleberry Swedes reforming back in June and in July The Audreys, Junior and Dr DeSoto, Kelly Menhennett and Courtney Robb and rounding out July a special concert to launch the John Baker songbook celebrating the songs of John Baker with The Baker Suite. The reforming of Special Patrol just for Trinity Sessions will be a highlight in September as will the return of Brian Cadd and Eric Bogle later in the year.