Ukulele Russ and The Summer Of Love 2: Living Life On The Happy Side ~ Blog 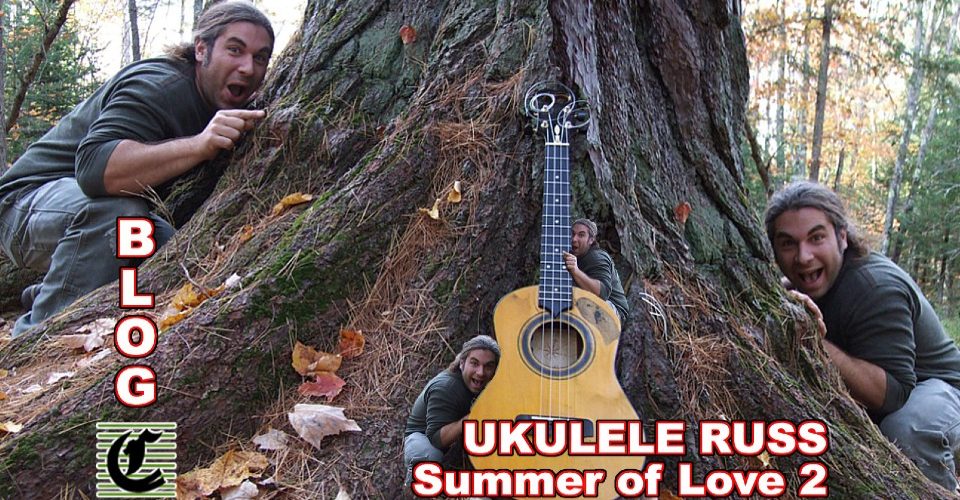 A lot has changed everywhere since March 2020 and saying a lot has changed is probably an understatement. A whole hell of a lot has changed. It took a year for things over here in Alaska to seem like any sort of 2019 normal, but this past summer, your winter, it did. May through August here in the last frontier was like any other for music and entertainment. In fact, it was crazy. People came out in mass numbers after a long year of sporactic lockdowns, mask mandates, and strange health regulations that just didn’t make sense. Most of those have gone the way of the Tasmanian Tiger here in Alaska, but as I can see by reading the news the crap storm has hit Australia a little later than expected. Sorry about that my friends. It is truly a bummer.

After a massive summer of recovery where the bars and restaurants were packed with patrons the Delta wave has reared its ugly head here, however, people have become complacent and pretty much have a ‘screw it’ attitude about the whole thing now. Even though here in a state with only a total population of 720k we are getting half the amount of COVID19 cases daily as all of the 20 million Aussies quasi-isolated on your island continent yet life is reverted nearly back to the way it was in 2019. People just don’t care anymore even though our hospitals are flooded and in crisis mode mostly full of unvaccinated folks with complete and easy access to the vaccine. They just don’t want it and it boggles the mind. They are even giving out free vaccines at Walmart. Not to give Walmart a free plug, but I want to show how readily available they are, yet nearly half of the people able to get it up here in the north, won’t. Even though there are a ton of unvaccinated people here we are racing towards herd immunity for the Delta variant out of pure stubbornness or freakish independence. I can’t decide which yet. 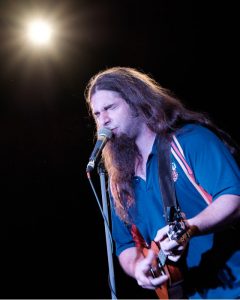 This past May through August was EPIC to say the least in the great white north. I believe the same thing is eventually going to happen down under. Once the shackles of government health mandates are lifted people will emerge from their zoom meetings and back into the real world. It is going to get wild. Get ready for the giant love fest. The need for social interaction and the longing for live entertainment that many once took for granted is going to explode. At least until the next variant sweeps through, Australia is going to see a resurgence of live entertainment. Prepare for a few months of super party time. Go out every day and night to enjoy the fresh air before they ban sunbathing on the beach again because it is a non-essential activity.

The feeling you will experience once you finally escape back out into the real world after long stints of only communicating with friends and family via zoom or social media will be in one word, amazing. An even better feeling is when you actually go out into public and enjoy the company of strangers while watching live art being performed. Even if you were never a big live entertainment enthusiast your mind may be changed after months of being disconnected from society by the physical barriers of your abode. Sure, you can get art from watching endless hours of streaming all the new shows or old ones you enjoy, but it just isn’t the same as being there. Take in a comedy show or a live band with mass amounts of random patrons when you get the chance. Wear a mask if that makes you feel good. No one will bat an eye at this point. You can remain anonymous. No one has to know that you are making an attempt at being a social butterfly. Trust me, you will like it. After people have been shut in for so long you won’t have to worry about people being rude or off-putting. Everyone is going to be in such a good mood just to be out. It happened here in Alaska and elsewhere on my continent. I don’t see how Aussieland would be any different.

We are social creatures and crave interaction. From the outside looking in, Australia appeared to have dodged the bullet of governmental oppression in the hopes to avoid a healthcare catastrophe for the first half of this pandemic. It was impressive to watch a country come together like that. Unfortunately, we have a higher volume of what I like to call mouth breathers over on our side of the pond. I love freedom and rights just as much as the next red-blooded American. They are enshrined in our constitution, however, with rights come responsibilities to your neighbour and communities and that is something that was cast aside in many people’s minds. The amount of navel-gazing and the “Me, me, me” mentality is very strong here. When 9/11 happened in 2001 I saw a country come together as one. We had a common tangible enemy. People here aren’t as united against a viral opponent and it baffles my mind. Do I hate my friends and neighbours who aren’t in lockstep with combating this foe? Not at all, but will I crack smart-ass jokes to try to help them see what I believe is the error in their ways? Damn Skippy. 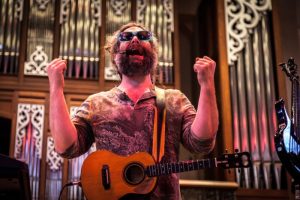 The amount of public displays of affection I witnessed during my gigs this year has been heart-warming, to say the least. If 1969 was the “Summer of Love” in the United States 2021 was definitely the “Summer of Love 2”. It only took 52 years, but I’ll take it. Even though we just went through a crazy election and the politicisation of public health, folks seemed to at least forget about it for a while. It was nice to see real love between complete strangers and old friends. I’m not much for the groping of random people but if there ever was a time, this was it.

Nearly all my gigs over the past five months have been way busier than previous years as well. I doubt I am getting more popular but I would like to hope so. Now that summer here has transitioned through our short fall (Autumn in Oz) and into winter the mass amounts of tourist crowds have died down. Delta is spreading like butter on hot toast and you would think everything would be dead again, but it isn’t. Is it slower? Sure, it is. October and November are the slack season, but I got a feeling once the snow is back and this wave of COVID wanes again we are going to see another uptick in activity. It is going to be touch and go for a while everywhere on the planet, but we are going to have to learn to live with this novel virus or we might as well just dawn full-body chem suits and crawl into our fallout shelters. The bandage has been ripped off. Let us hope the wound doesn’t fester. Get out there once they let you and support live entertainment because a wise Aussie once told me there are only two types of people you clap for: One is a toddler that is learning how to crap on a toilet for the first time and is successful. The other is musicians and entertainers. They have missed your clapping and cheers, so go share some with them. 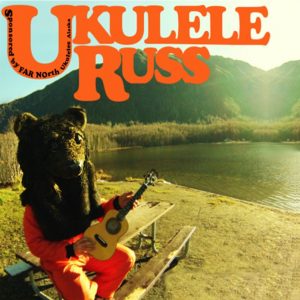